HIGH NOON Synopsis: The myth and poetry of the old west come alive in Fred Zinnemann’s (Julia) classic western, High Noon (1952). One of the great treasures of the American cinema, the film stars the legendary Gary Cooper as lawman Will Kane, a marshal who stands alone to defend a town of cowardly citizens against a gangof killers out for revenge. Engaged in the fight of his lifetime, Kane stands to lose everything when the clock strikes noon– his friends, his honor, and his Quaker bride, played by Grace Kelly inoneof her first screen roles. Unfolding in real time, the tension builds aswe race ever closer to the climactic duel from which the film takes its name. For his career-defining role, Cooper would go onto win the Oscar for Best Actor. High Noon’s stellar cast also includes Lloyd Bridges (Try and Get Me), Thomas Mitchell (It’s a Wonderful Life), Katy Jurado (Pat Garrett & Billy the Kid), Otto Kruger (Saboteur), Lon Chaney (The Wolf Man), Henry Morgan (Strategic Air Command), Jack Elam (Hannie Caulder) and Lee Van Cleef (The Good, the Bad and the Ugly).

JOHNNY GUITAR Synopsis: Johnny Guitar stars Oscar winner Joan Crawford (Best Actress, Mildred Pierce) as Vienna, a saloon owner with a sordid past. Persecuted by the townspeople, Vienna must protect her life and property when a lynch mob led by her sexually repressed rival, Emma Small (Oscar winner Mercedes McCambridge, Best Actress, All the King’s Men), attempts to frame her for a string of robberies she did not commit. Enter Johnny Guitar (Sterling Hayden, Dr. Strangelove or: How I Learned to Stop Worrying and Love the Bomb), a guitar-strumming ex-gunfighter, who once was —and perhaps still is—in love with Vienna. With the leads at their operatic best, the table is now set for an epic showdown in this one-of-a-kind western from director Nicholas Ray (Rebel Without a Cause).

A bizarrely veiled allegory for the McCarthy-era Red Scare, Johnny Guitar was misunderstood upon its initial release. One of the most original takes on the western genre — the women are far tougher than the men —Johnny Guitar is praised by fans, filmmakers, and critics alike as groundbreaking. 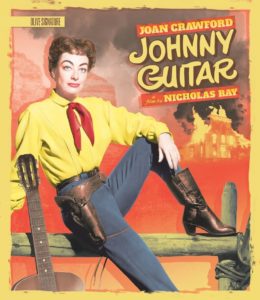 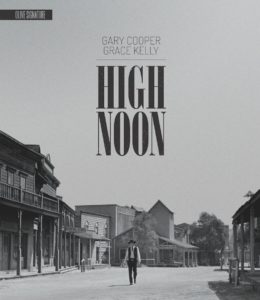