From 1978 to 1982, Glenn O’Brien’s groundbreaking public access cable TV program TV Party was the face of the New York Art/New Wave/Punk scene. Glenn had written for magazines such as Rolling Stone, Playboy and Esquire then went on to write for High Times Magazine as well as Andy Warhol’s Interview. One night he made a guest appearance on a friend’s cable access TV program and later while on the subway, he found himself being recognized by passers by. Glenn suddenly got an idea… 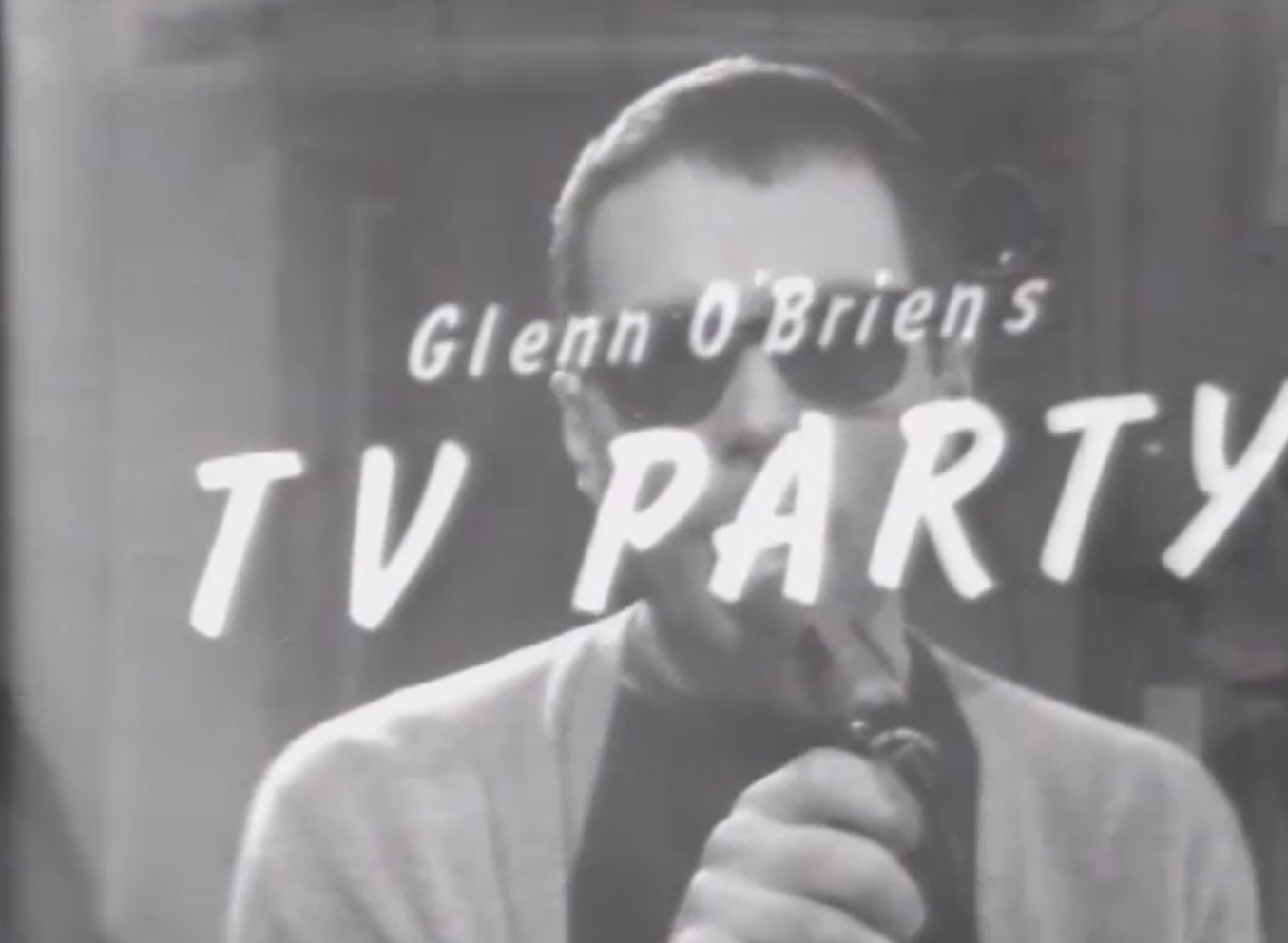 The main inspiration for TV Party was actually Hugh Hefner’s live party TV show “Playboy After Dark”. Glenn also threw in elements of Johnny Carson as well. His co-host was Chris Stein of Blondie. TV Party became an underground cult hit and attracted a whole range of NYC’s most hippest artists and musicians. On any given night you could see Debbie Harry (Blondie), members of The Clash, David Bowie, George Clinton, Iggy Pop, Fred Schneider from the B-52s, David Byrne of Talking Heads. You could also see pop artists like Andy Warhol, Jean-Michel Basquiat and many others. One regular guest on the show was a graffiti artist named Fab Five Freddy. Freddy loved TV Party and he later went on to host the first hip hop TV program, Yo! MTV Raps. TV Party even had its own version of Carson’s Doc Sevrinsen with Walter “Doc” Steding, a very talented offbeat musician who played the violin and other instruments.

One thing that was really incredible about this show was the freedom that Glenn and his friends had. Seeing the cast and crew smoking pot was a regular thing on the program. In fact, at this time in the late 70s-early 80s, noone was prohibited from doing it. The crazy thing is, they were on TV smoking up and they never got arrested or banned. Thats pretty amazing considering the strict laws we have nowadays. 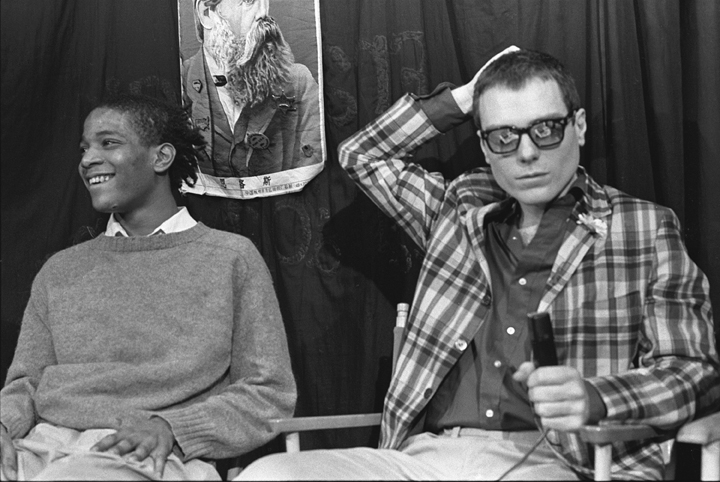 Glenn became a kind of New Wave-Punk version of Dick Cavett and his show gave aspiring and professional artists a forum to perform and have a great time. The look of the show was very raw and low budget. It was shot on black and white cable TV cameras. In the late 70s, having this equipment was actually considered very high-tech. Looking at the show now, much of the charm was the cheap look of it all. TV Party was a pirate broadcast straight from the hip subculture where anything could happen. Late night talk show host David Letterman called it his favorite TV show while it was on.

Not ones to shut out their adoring public, Glenn and Chris opened up the phone lines to viewers and often they’d get some pretty colorful characters raving and insulting them. They never had a problem with people expressing their opinions and really would enjoy engaging in discussions about politics and things of that nature.

In the early 80s, TV Party actually was broadcast in LA for a short time, but it was only shown in half hour slots. Nothing big happened for TV Party in LA, but the hardcore punk group Black Flag whose members saw the show got the name of their famous punk anthem “TV Party” from it! 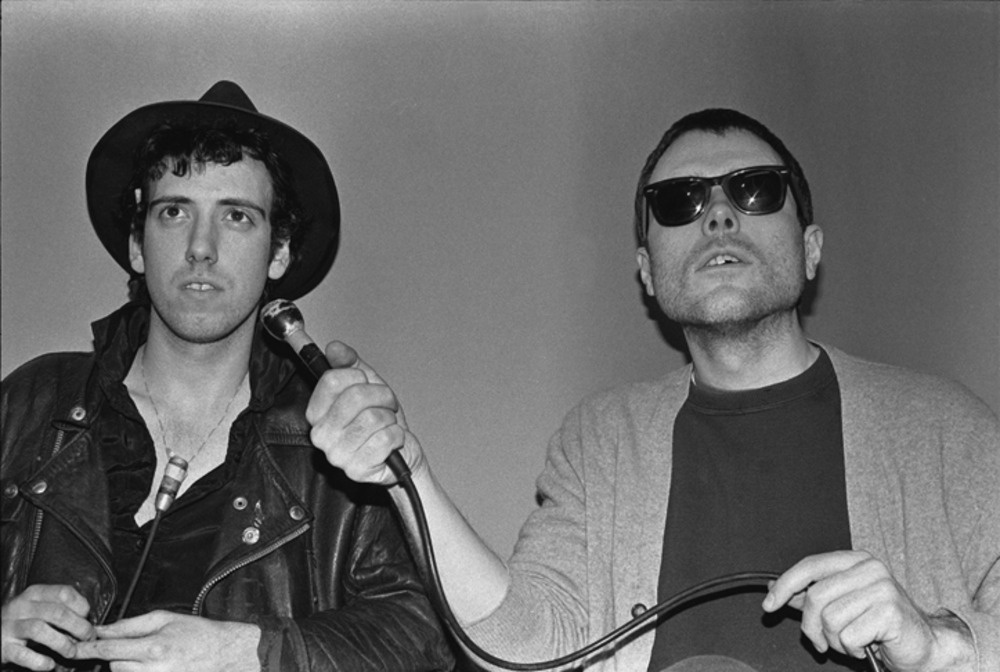 TV Party was never officially canceled, it simply just stopped. Glenn and friends took a hiatus to make a film based on the show, although it was never completed or released. During that time, Chris Stein got very ill and Blondie soon broke up. Glenn got married and had to actually work for a living. The family unit that made up TV Party broke apart and went their separate ways. Like so many cool eras in pop culture history, those special days had ended. Things change.

TV Party: The Documentary filmmaker Danny Vinik interviews the main TV Party family members including creator Glenn O’Brien, co-host/performer Chris Stein, Debbie Harry, Amos Poe, Walter Steding, Tav Falco, Lenny Ferrari and Lisa Rosen among others. They all share their fondest memories of their show, giving different views on what it meant to them and to pop culture. For those of us who were too young or not able to see the show when it was on, this documentary is an exciting piece of pop culture history that fans of New Wave and Punk music as well as Communications students won’t want to miss!!