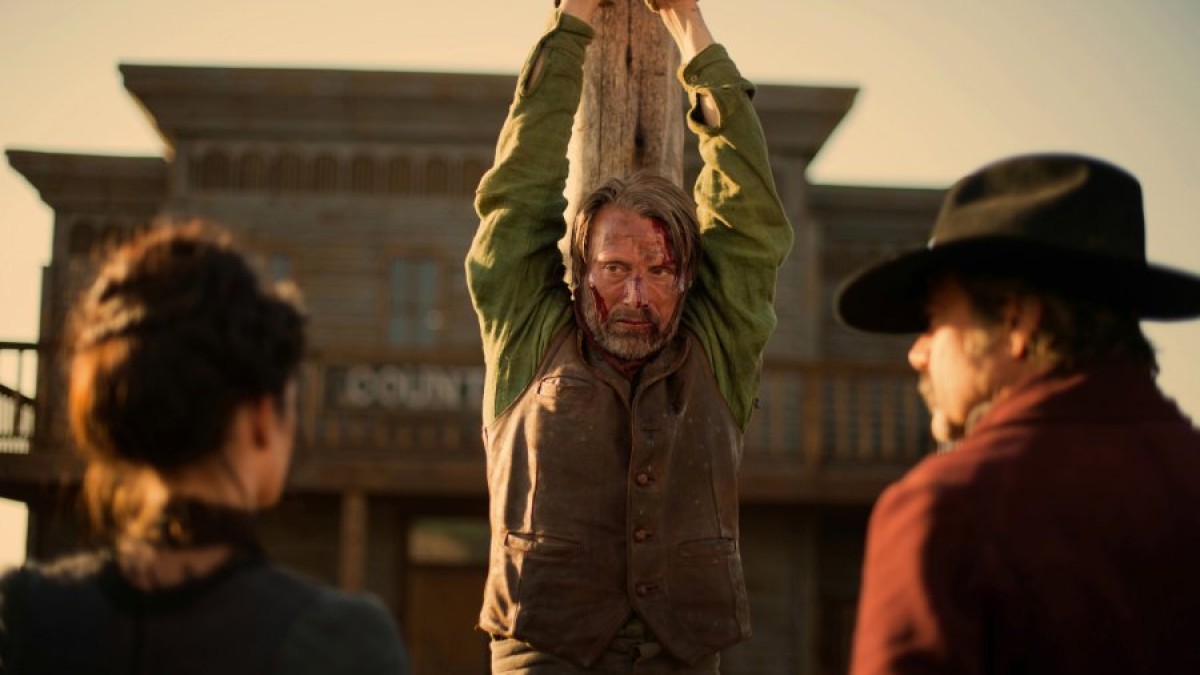 In the early hours of this website, I published a small rant entitled “The western ain’t dead, damnit“. Pundits keep calling the Western a dead genre, but again and again we see really great westerns on the big screen as well as on the small screen. Certainly, the genre isn’t as main-stream and industry-omnipresent as it used to be up until about the 70s, but time just has changed. Instead, we’re getting few but high quality motion pictures in the western setting (and a bunch of B-movies and especially TV fare, which is also nice). The genre has also successfully invaded others, influencing in style, music and conventions. Most interestingly, the genre has transcended the usual cowboys and gunmen theater and we’re seeing more and more themes and setting explored. The genre has matured and gained breadth. To give you an idea what I mean, here are a few  notable westerns that have come out in the last 5 years or are about to come out.

Not technically a western, but a western in all but its Alpine setting. We are huge fans of this sinister homage to The Great Silence. A stranger (Sam Riley) rides into an Austrian mountain village in the 19th century, to stay for the winter. A sinister atmosphere has beset the town, and the folks don’t know what the stranger is after, and the audience has yet to learn what is going on. The movie culminates in some sinister truths, fierce gunfights and an epic conclusion. When I saw the first time, I left the theater awestruck. The visuals are gripping, the sound pounding and the acting stellar. Prochaska‘s movie does have no comic relief whatsoever, it is as sinister as you could imagine. Highly recommended, it’s a wonder this gem has come out of southern Germany’s and Austria’s semi-public film funding structures at all!

Watch now: On Amazon Instant Video (unfortunately this is the dubbed version only, you can watch it subtitled on Netflix)

Quentin Tarantino‘s slave revenge western starring Jamie Foxx was a hit among fans and public, striking a chord among many with the slavery theme, revenge twist and funny interludes. The stellar cast including Leonardo DiCaprio, Samuel L. Jackson, Walton Goggins and Christoph Waltz helped, too. Tarantino must have caught fire, because with The Hateful Eight, he is just about to release yet another western. Bring it on, Q!

We posted our review of this one when it came out. Shot in South Africa, the Danish movie boasts an interesting cast with Mads Mikkelsen, Eva Green and Jeffrey Dean Morgan at the helm, great looks and a sinister subject matter. Too bad it fails on the storytelling side and comes across as a bit boring, but it is nevertheless worth seeing and another example for the innovation in the genre, both in location and in execution. It is violent, pretty and by the book, but just fails to grab you.

I still haven’t gotten around to seeing it, but it’s on Netflix now so make sure to catch it. George (Tommy Lee Jones) is saved from the rope by Mary (Hilary Swank) who is transporting mentally ill women to a church in Iowa. The unlikely team enters a dramatic adventure that includes conflict with Natives. The movie received only a limited release despite numerous award nominations and a stellar cast that also includes John Lithgow, Meryl Streep and James Spader. Another creative and dramatic portrayal of the west, more of which I would love to see made and distributed widely.

Supposedly, this one has been around for a while but is awaiting release. That should now happen later this year. Starring Natalie Portman, Ewan McGregor and Joe Edgerton, the premise will surely please Western buffs. Hard to imagine why they hold on to a movie like that for so long, release it already. The trailer promises great acting, realistic settings, violent action and lots of Western entertainment. All stars participating are hot right now, so there’s little reason to doubt the film’s success, I just hope a lot of people go see it.

That trailer is definitely promising, isn’t it? Opens in late November.

Too bad I missed its theatrical run (my fault), Slow West received great reviews and was an interesting spin on the genre, with a young nobody in the starring role and a nice performance by Michael Fassbender. It shows the ruthlessness of the west and is more than just a Coen-esque odyssee with strange characters, it’s a wholely absurd adventure.

Just released in a limited set of theaters as well as video-on-demand (which is how I will have to watch it, due to lack of a German theatrical release), Bone Tomahawk got some really great reviews. Starring Kurt Russell with an amazing mustache, it is actually a cannibal western. You don’t really need to know more. You need to see it. Our review is coming soon.

With an all-star ensemble cast, one single location (a “haberdashery” amidst a blizzard) and equipped with 70mm Panavision lenses, Quentin Tarantino has set out to make an epic Kammerspiel “who dunnit” Western. The Hateful Eight brings together Samuel L. Jackson, Walton Goggins, Demian Bichir, Jennifer Jason Leigh, Michael Madsen, Tim Roth and Bruce Dern under the watchful eye of cinematographer Robert Richardson. We are especially curious to find out how the limited 70mm roadshow will play out. Considering that this is probably one of the most elitist release schedules you can imagine, the global fan community will receive it (possibly) with mixed feelings, knowing that of a global audience of several million moviegoers only a few hundred will even get the possibility of seeing the glorious 70mm presentation. Lucky those who will get the chance.

Leonardo di Caprio (The Wolf of Wall Street) and Tom Hardy (Mad Max: Fury Road) team up to helm an adventure western about Hugh Glass with Alejandro Gonzales Innaritu (fresh off winning an Oscar for Birdman) and acclaimed cinematographer Emmanuel Lubezki (Gravity). The project had a rocky start and from all the media coverage, is a wildly over-budget and mad experience for all involved, maybe not unlike Coppola shooting Apocalypse Now in the jungle. We’re excited about a gritty drama shot in all natural light, with capable people all around, a movie co-produced by none other than Arnon Milchan (Once Upon a Time in America).

Related on Furious Cinema: Trailer for the Revenant released Last but not least, The Keeping Room is an exhilarating late civil war drama with a very strong female lead. It stars Brit Marling and Sam Worthington, among a range of other new talent. I still need to catch this one, but the trailer promises a very original and gripping drama. It’s another example of the genre’s gain in breadth and realism that I think is so positive, the movie’s qualities aside (which I will judge at some other point).

I am not the only one currently writing about this topic. That’s why I want to close this list with some links to other thoughts and commentary on the state of the western cinema genre: