Director David Lynch is widely known for his surreal thrillers like Blue Velvet, Lost Highway and Mullholland Drive but in 1999 he made a film that couldn’t be more different than those weirdly disturbing tales. The Straight Story is based on a true story of an elderly gentlemen named Alvin Straight played by Richard Farnsworth (Misery).

We are introduced to Alvin after he has fallen in his kitchen. One of his pals is supposed to meet him at the local watering hole so when he doesnt show up, he goes to Alvin’s house and finds him in a sorry predicament. Alvin lives in the town of Laurens, Iowa with his daughter Rose (Sissy Spacek) who has a speech impediment. Her stuttering is sort of comical but also endearing.

Alvin’s health is deteriorating from all the bad things he puts in his body like cigars. His doctor warns him to cut back or he won’t live much longer. One day Alvin deicides to go see his estranged brother Lyle (Harry Dean Stanton in a short but great cameo role), who lives far away in Mt. Zion, Wisconsin. Without any car to drive, Alvin chooses to take his extremely junky tractor there instead. He welds together a makeshift trailer for his sleeping quarters, grabs some supplies and hits the road. His food rations consist of hot dogs and bologna, easy campfire eating for ol’ Alvin. 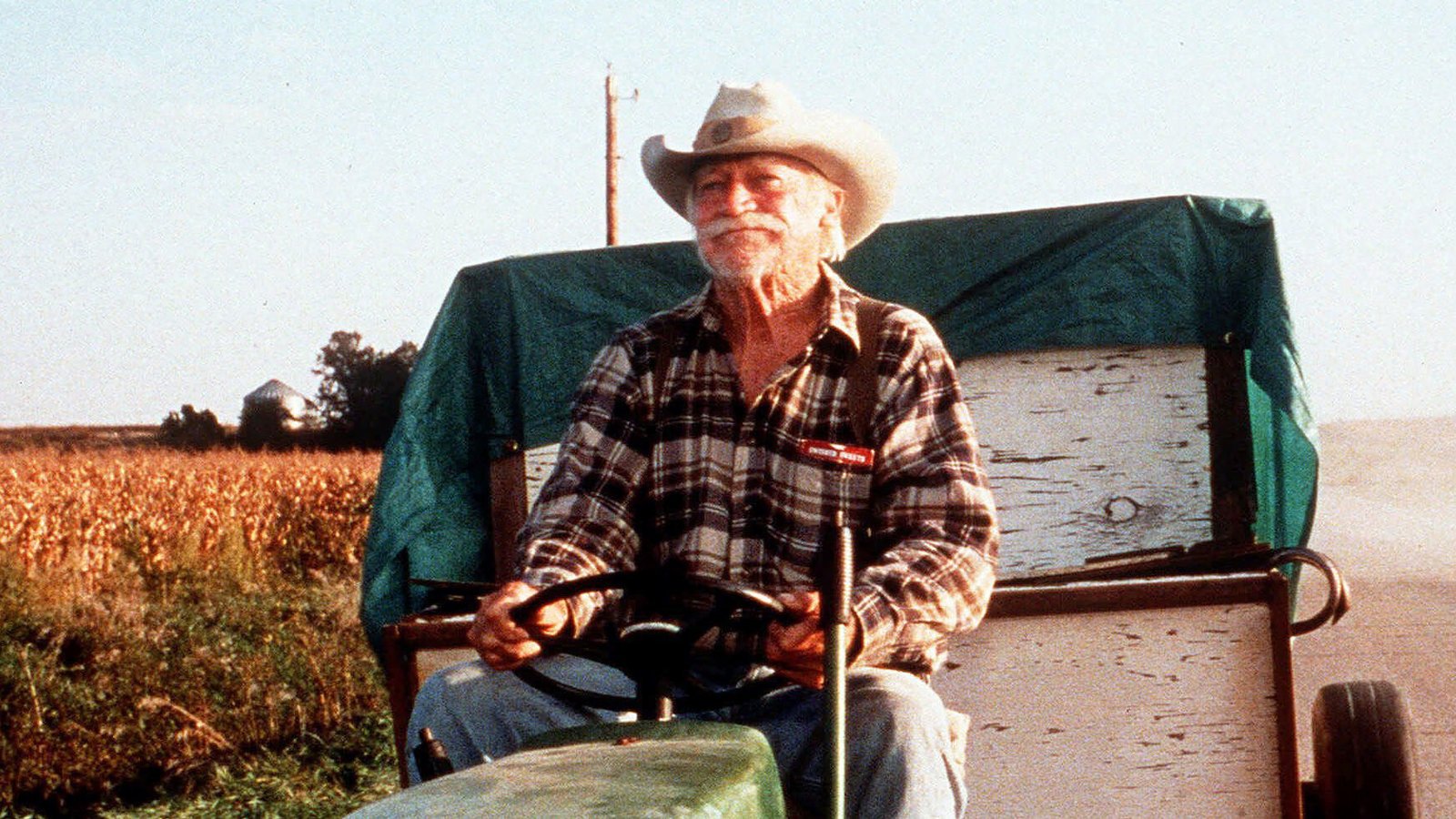 On the way the rusted tractor breaks down which forces Alvin to head back home and invest in a better model. He goes to see his old friend Tom (Everett McGill) a John Deere dealer and picks up a used tractor that’s in pretty good condition. Alvin then sets off again, leaving poor Rose to worry about if he’ll actually make it all the way to Lyle’s or not.

Alvin steadily moves across the state encountering various strangers like a frantic woman who hits a deer in her car, a teen runaway and some cyclists that zoom past him. One day while driving down a steep incline on the highway, Alvin nearly crashes his trusty ride, but is met by a group of friendly locals. With his tractor in bad shape he needs to stay awhile. They open up their home and welcome him in as he waits for the machine to be fixed.

The Straight Story is a slowly paced, beautifully directed road movie with performances that are poignant, humorous and heartwarming. Richard Farnsworth (who was very ill at the time of production) gives a memorable performance and it’s his best work on film. What the movie does so well is present the viewer with a story of self determination and love. The superb score by Angelo Badalamenti (A Lynch film veteran) is another highlight with its country themed violin melody that accompanies Alvin on his adventure.