One of the top grossing films of 1976, The Omen is a supernatural thriller that, though sometimes heavy on exposition, scripture and appropriation, remains creepy and remarkably unsettling. Something about the idea that maybe this diabolical event involving Satan, human beings, and the world, could actually take place.

Gregory (To Kill a Mockingbird) Peck is Robert Thorn, an American ambassador living in a mansion on the outskirts of London. His lovely wife Katherine (Lee Remick) is a woman with a lot of time on her hands: she manages a fully staffed house that includes maids, butlers, chauffeurs, gardeners and, later, a nanny.

We first meet the Thorns amidst personal tragedy: Katherine is in a hospital bed and unbeknownst to her, she’s suffered a “miscarriage.” A Catholic priest encourages Robert to ease his wife’s suffering by substituting her dead baby with the just-born healthy male child of a young woman who gave birth simultaneously, but died during childbirth. The dead woman had no relatives or friends. It’s an outrageous suggestion of course, but Robert agrees and presents the orphaned baby boy to his wife—as their own newborn child. It’s a decision that everyone involved will live (or die) to regret.

Little Damien (Harvey Stephen) is strange. An early indication is the screaming, scratching, biting fit he throws when having to enter a church. Another is the strange way animals react to him: whenever he approaches they screech and flee. His smirking reaction to witnessing a suicide makes crystal clear the fact that he is not like other children.

Built on the occult inroads made by Rosemary’s Baby and The Exorcist, The Omen is a later-to-market sister film: a chilling, step by step game plan for the anti-Christ’s supposed ascension. And the details are plentiful: from Damien’s strategic placement with a wealthy family who has direct access to the American president, to his hidden 666 birthmark; a biblical indication that he is the son of Satan. Will the Thorns realize the situation before it’s too late? Do they have the power to change it?

Director Richard Donner moves the action along swiftly and screenwriter David Seltzer splashes his screenplay with surprising (for an A-list film at this time) violence. Character’s meet their ends in various grotesque ways: one is gored to death by an uprooted church spire; another is beheaded by a projectile sheet of window glass. Yet another is thrown from a hospital window and crashes through the roof of an ambulance.

The supporting cast includes Billie Whitelaw as Mrs. Baylock, Damian’s sinister protector/nanny; Patrick Troughton as Father Brennan, the “family advisor” who knows the truth about Damien; and David Warner as Keith Jennings, an inquisitive photographer who helps Robert put together the pieces.

Winner of the Academy Award for Best Score (Jerry Goldsmith), The Omen was followed by Damien: Omen II (1978) and Omen III: The Final Conflict (1981). Other Omen films include 1991’s Omen IV: The Awakening; a Made-For-TV movie that cast a little girl in the Damien role, and 2006’s The Omen; a scene-for-scene remake incorporating the latest CGI.

Buy The Omen on BluRay 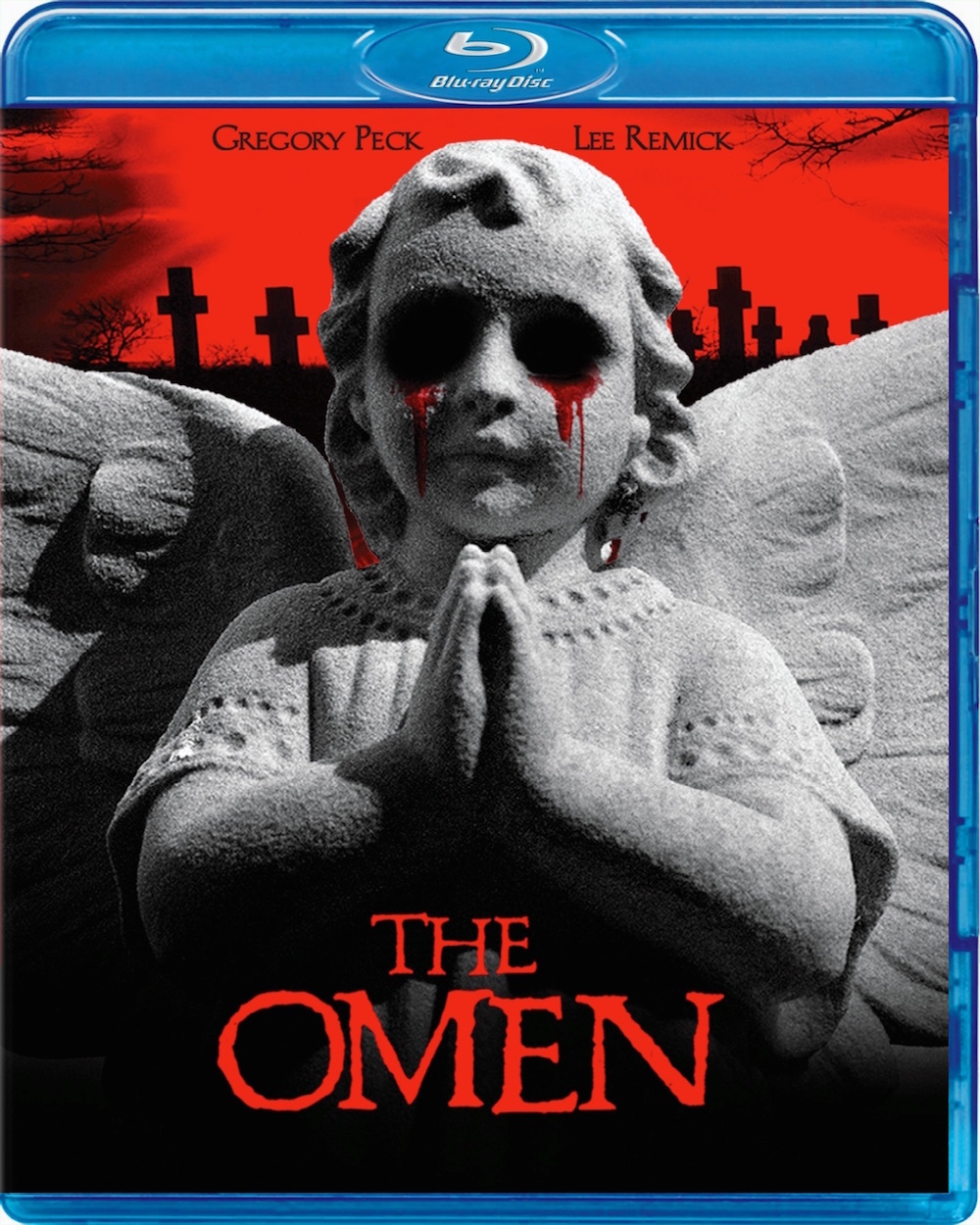