A few days ago while I was traveling, I was shocked to learn about the death of Burt Reynolds. I consider him one of my favorite actors since he had a special charm that no other actors have. Although Burt played different roles throughout his career, I’ll always remember him as a nice, easy-going, fun-loving Southern guy. Whether it’s in Smokey & The Bandit, White Lightning (which I reviewed on GCDB), or even Grand Theft Auto: Vice City (in which he voiced Avery Carrington, a real-estate developer who usually assigns player a mission that devastates competitors nearby), the aforementioned personal signatures still are prominent among audiences. 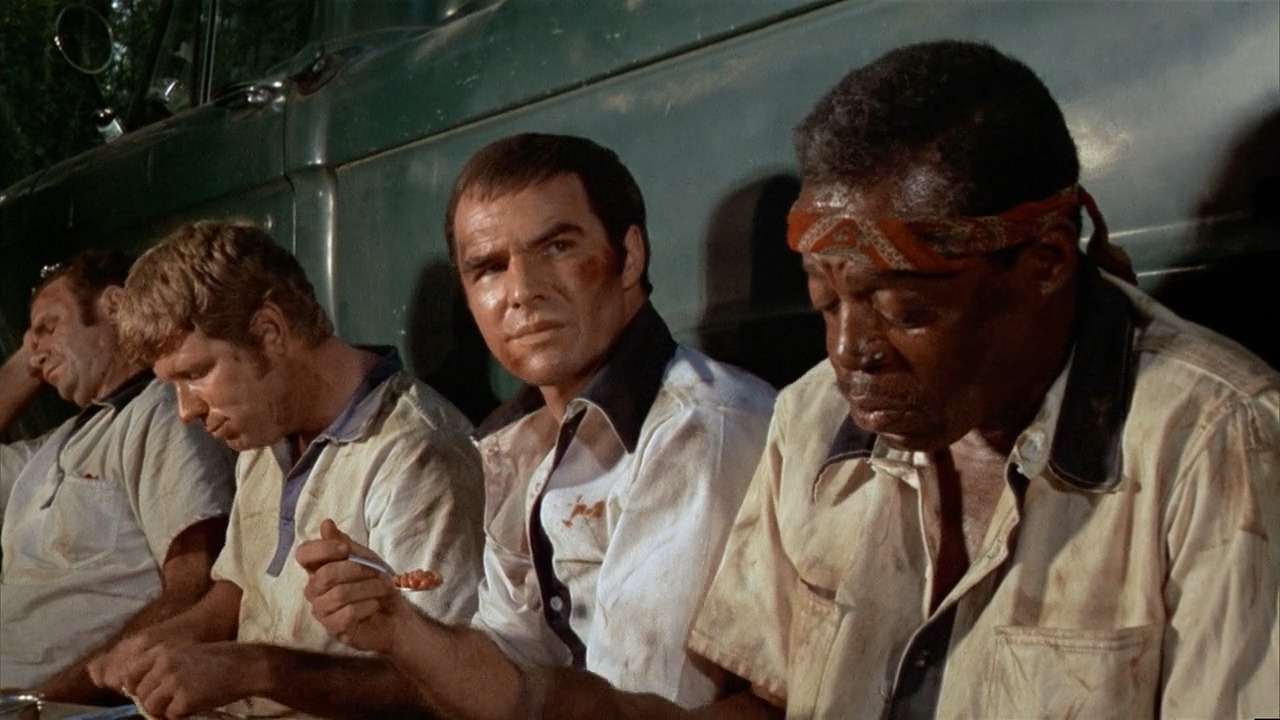 Since I’ve already reviewed White Lightning and The Cannonball Run (which I also reviewed a year ago on the website as a tribute to Roger Moore), I decided to pick something different today. It’s a sports movie about redemption and thinking differently called The Longest Yard. Many people might know of the film from the remake in 2005, but the original holds its own distinction since it’s not really a laugh-out-loud kind of comedy that you might expect. It’s more of a drama with some funny elements here and there.

The story follows Paul Crewe (played by Burt Reynolds) and his adventures inside a prison. Crewe used to be a popular NFL player back in the day. Unfortunately, he was involved in a point shaving scandal. This dumb move killed his career and later on his marriage goes bad. Therefore, he decides to leave his wife and this results in a cool car chase at the beginning of the film. As you may guess, he gets arrested and thrown in prison. At first, the warden who’s obsessed with the prison football team (that consists of prison guards) asks him to be coach, but Crewe refuses. So the warden has another plan in which he has the guards’ football team compete with the prisoners’ team. What Crewe doesn’t realize is that the warden doesn’t want Crewe’s team to win, all so he can brag about how great the guards team is. This is going to be the big test for Crewe in terms of his own sportsmanship, redemption and learning how to get the best from several unlikely players. 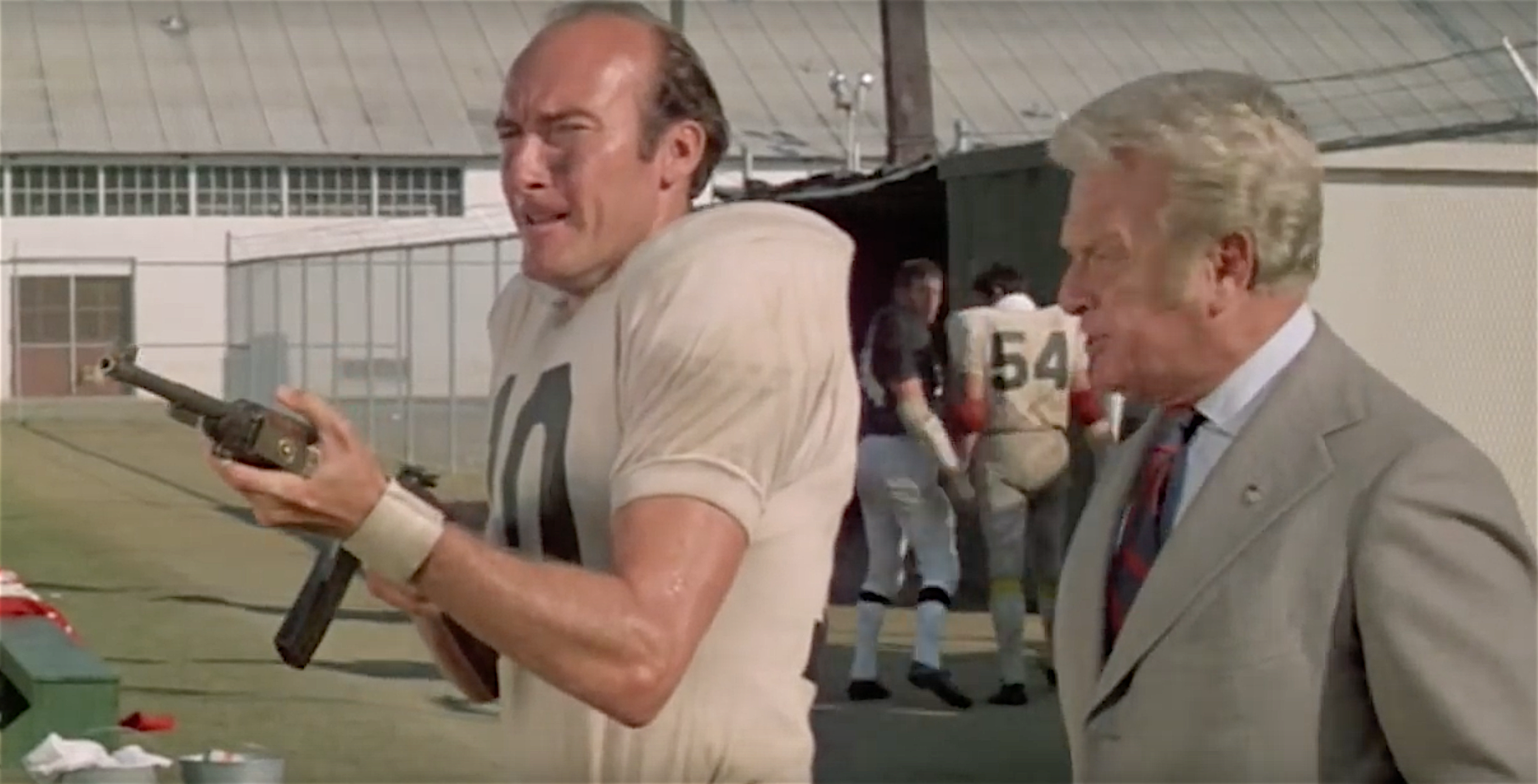 As I said before, The Longest Yard is not a laugh-riot kind of film. It also deals with issues like police brutality and the price you have to pay after your fame dies down. For the police brutality angle, there’s a scene that establishes how prison guards can be ruthless people. One of them keeps bullying a black guy for no reason. To make things worse, he utters the n-word as well as quote like this…

“Know why you spades always calling each other ‘brother’? […] ‘Cause half of you don’t know who your daddy is, so you might be brothers.”

This is the turning point in the film that makes the black prisoners join Crewe’s team. And for the topic of fame, Crewe is humiliated by several prisoners when he arrives on his very first day because, as one character says, “Most of these old boys have nothing. Never had nothing to start with. But you, you had it all. Then you let your teammates down, got caught taking bribes”. This is also an interesting thing about Burt’s character since, later on, he faces a similar situation and it’s up to him whether he is going to let his friends down or stand up against corruption in the prison. 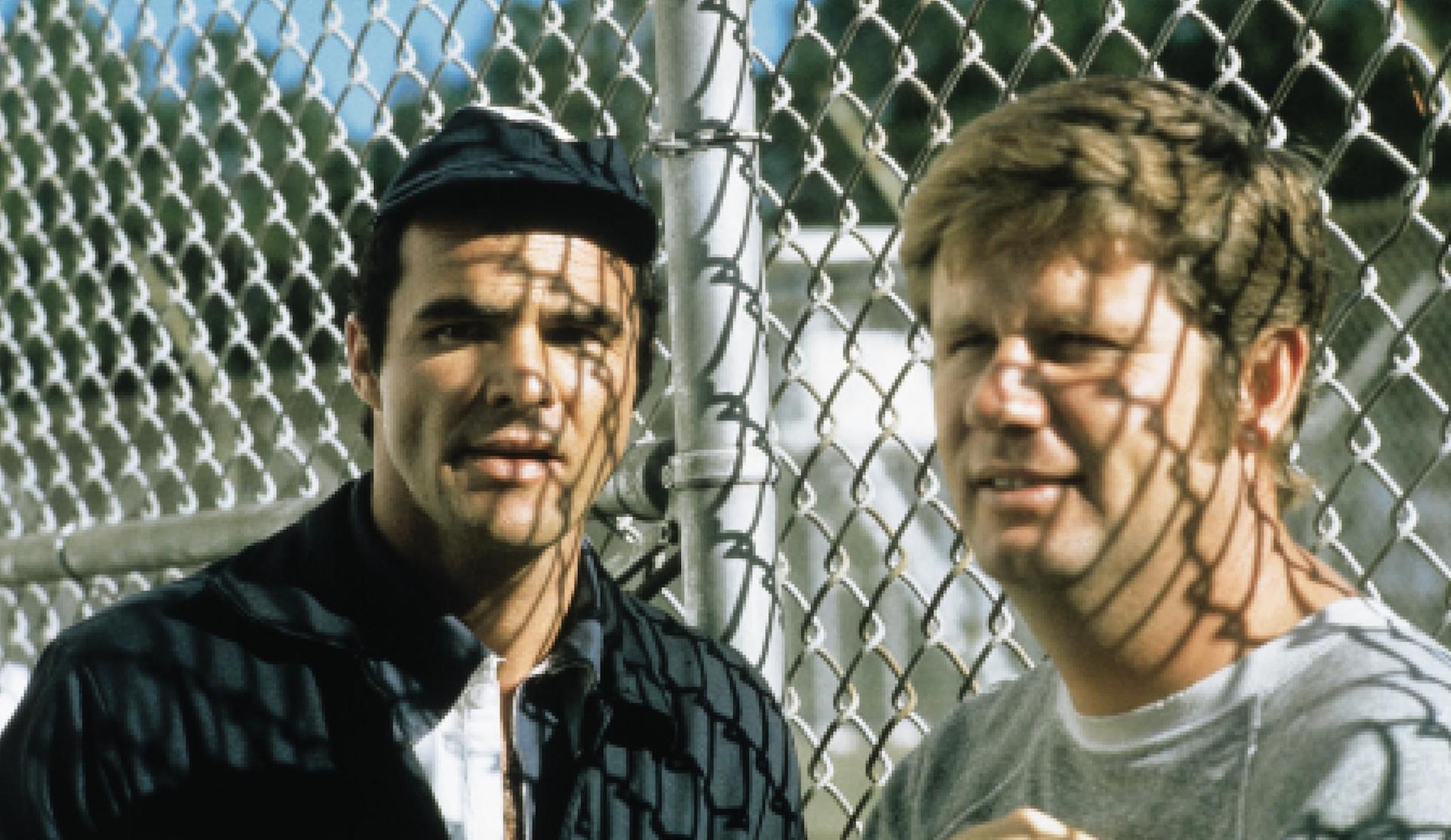 There’s not much to talk about with Crewe since he’s basically the typical Burt Reynolds charming tough guy character that we all love. He’s humorous while being an anti-hero at the same time. Besides the fact that he has the car chase and punches a police officer in the beginning, he and his teammates decide to use dirty tactics against the guards’ team since he knows that his team has zero chance to win and that also serves as revenge for several things that happen.

Finally, I’d like to talk about the climactic football game. It’s not one of those movies in which it takes place 15-20 minutes before the end. Here, it’s about 45 minutes long! But there’s not a single boring moment at all and in fact, there’s the important plot point that happens in this period of time, so it keeps the audience on their edge of the seats, although we can guess who’s going to win in the end.

To sum it up, if you want to watch a sports movie that makes you constantly laugh for 90 minutes, go watch BASEketball instead (hey, I like that movie. It’s fun!). But if you want an inspirational movie with an unusual setting, characters, and humor that sporadically appears throughout, The Longest Yard is for you. Recommended.