THE CANYONS: Paul Schrader blows it

Paul Schrader is one of the great scribes of the New Hollywood. With The Canyons he blew it (I will get to that). I have seen that man in person last year introducing a restored print of Taxi Driver at the Berlin International Film Festival (it was a blast). He wrote a central canon of Martin Scorsese‘s films, from Taxi Driver to Raging Bull to The Last Temptation of Christ and Bringing Out the Dead. He wrote Rolling Thunder, Blue Collar, The Mosquito Coast and City Hall. Paul Schrader is certainly one of the talented bunch, and an auteur. So I got a bit suspicious about the bad rap The Canyons had received even before its release. Some blamed Lindsay Lohan, the clumsy tabloid grace, some the failed attempt at shooting a modern exploitation film, others Schrader’s decision to cast porn “actor” James Deen in it. Maybe some were offended by his portrayal of an all too real part of Hollywood (all of it was shot on location). The Canyons is an underwhelming film about a C starlet in Hollywood Tara (Lindsay Lohan) and her producer boyfriend Christian (James Deen, who’s real name is Bryan Matthew Sevilla). He likes to invite other guys over for threesomes, she plays along. The film introduces some intricacies as he is putting together a movie she steps away from, and a young actor tries to get the job she is actually having an affair with behind his back. An old girlfriend of his warns her that she might be in danger, but she doesn’t believe her. As he gets closer to discovering the infidelity, she tries to exit the trap and end everything.

Let me say that in the end I got rather confused about all the people and their motives, I probably got too distracted by the movie to worry too much about the plot, which is in the end a lot more complicated than I outlined above. That doesn’t help, however. We see an affair of jealousy develop between two young stereotypical Hollywood persona that do not make the impression of being of the highest moral caliber or sticking to traditional family values anyhow.

So what went wrong? I think Lindsay Lohan is the least to blame. Yes her career is somewhat in the shitter for constantly pulling off crazy stuff that gets her into the tabloids, but I think that her acting isn’t anything to complain about. In fact, I think she makes quite the perfect casting choice for the character, even though she could have put a bit more passion into it. The real problem is Deen. That person has such an annoying voice and appearance, I couldn’t stand a frame of the movie he was in. He completely ruins the movie, and I wonder whether it might’ve been a bit more enjoyable with someone like, let’s say, David Duchovny playing the part. It would have been some kind of Hank Moody episode. The other big problem is, that aside from some decent atmospheric shots, the movie isn’t all too artsy either, and the music plain sucks.

New BluRay (not an iota better than the theatrical cut)
Buy from Amazon.com 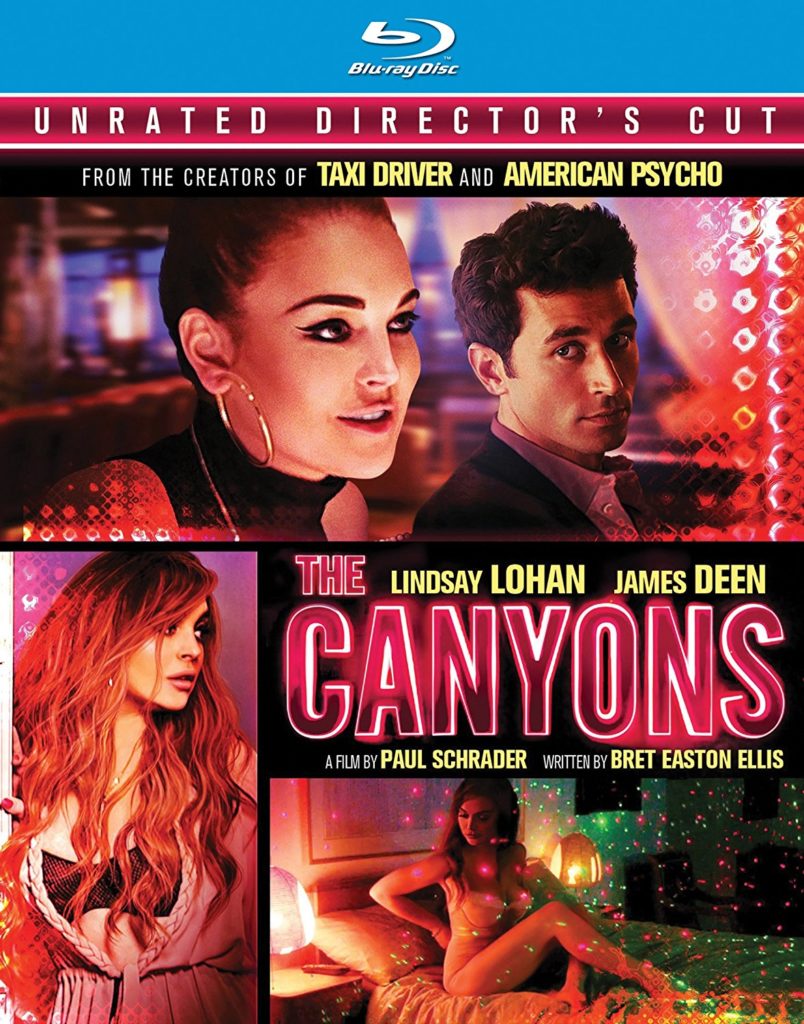