Sanjuro (Toshiro Mifune) is a ronin (renegade samurai) looking for food and money. He overhears a group of 10 samurai warriors talking and finds out they’re in trouble. The superintendent’s men are coming to arrest them, but Sanjuro offers to help them out. When the men arrive to take them away, he proceeds to defend them. He slashes and stabs the soldiers while the scared samurai clan hide underneath the floorboards. The samurai find out that while they were being saved, their uncle was captured. Now they need to rescue him, his wife and daughter from the evil clutches of the superintendent. The clan don’t know exactly just how to go about it but they realize Sanjuro is the key to their plan. He is just the right kind of samurai to lead them through this difficult battle. 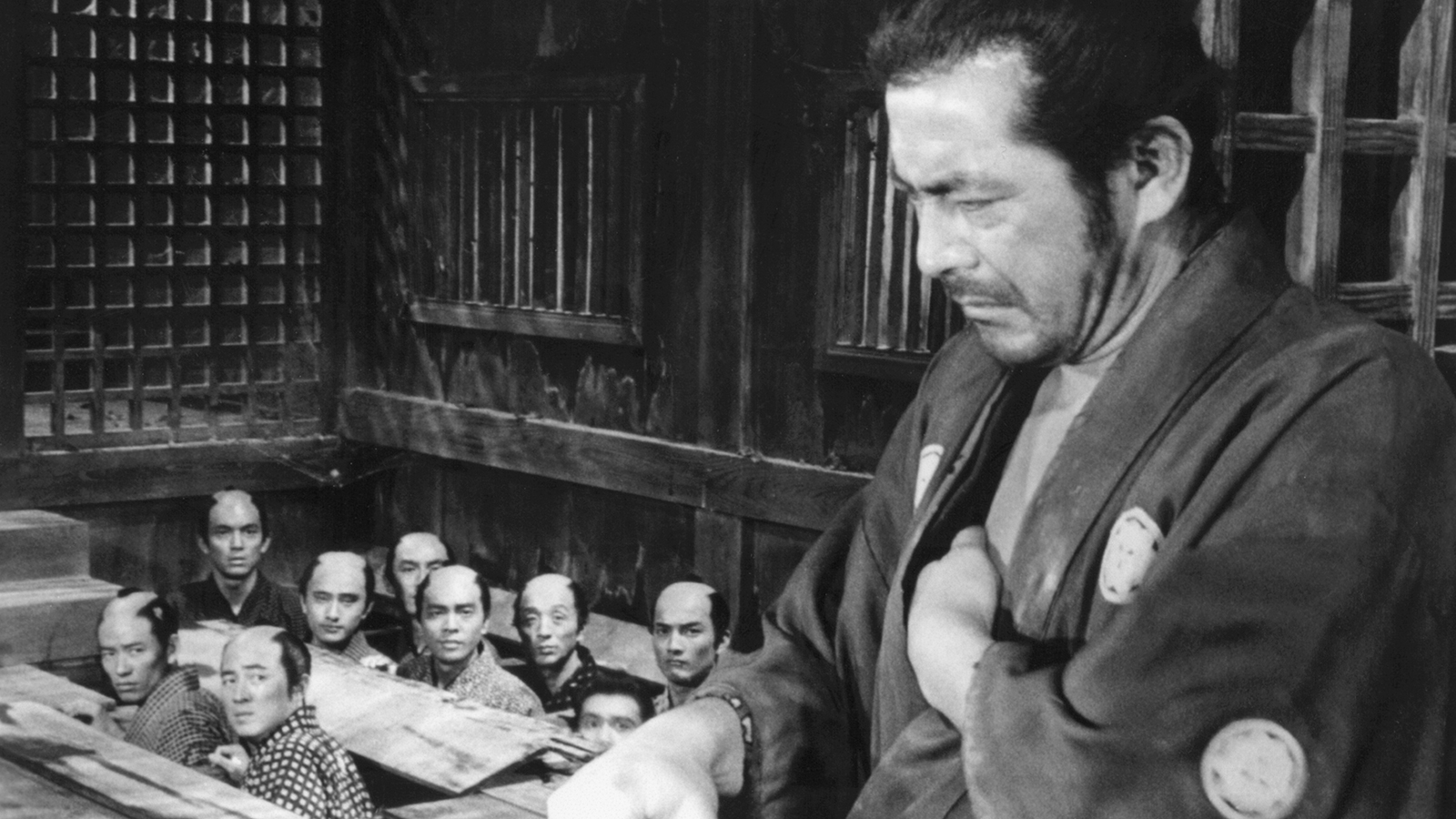 The insecure samurai are a great contrast to Mifune’s arrogant Sanjuro and that’s one of the main reasons the movie works so well as a story. Throughout the film Sanjuro sits in the corner of the room dispensing insults and asking for food and drink, while the samurai are full of anxiety and fear. In one telling scene, they come across the superintendent’s guards and Sanjuro kills them but afterwards he is angered at the samurai clan he’s working for because he didn’t want to have to do it that way. He slaps them all down in disgust.

Sanjuro has to fight with himself just as much as he does the guards who hold the uncle from freedom. There is a great deal of corruption within both sides of the warring factions as well. Sanjuro stands out as the one constant. You will notice that the 10 samurai, while not entirely trusting of Sanjuro at first, come to care for him a great amount because he will put himself on the line for them. They in turn have a skittish nature and have a tough time understanding the raggedy, crude warrior. 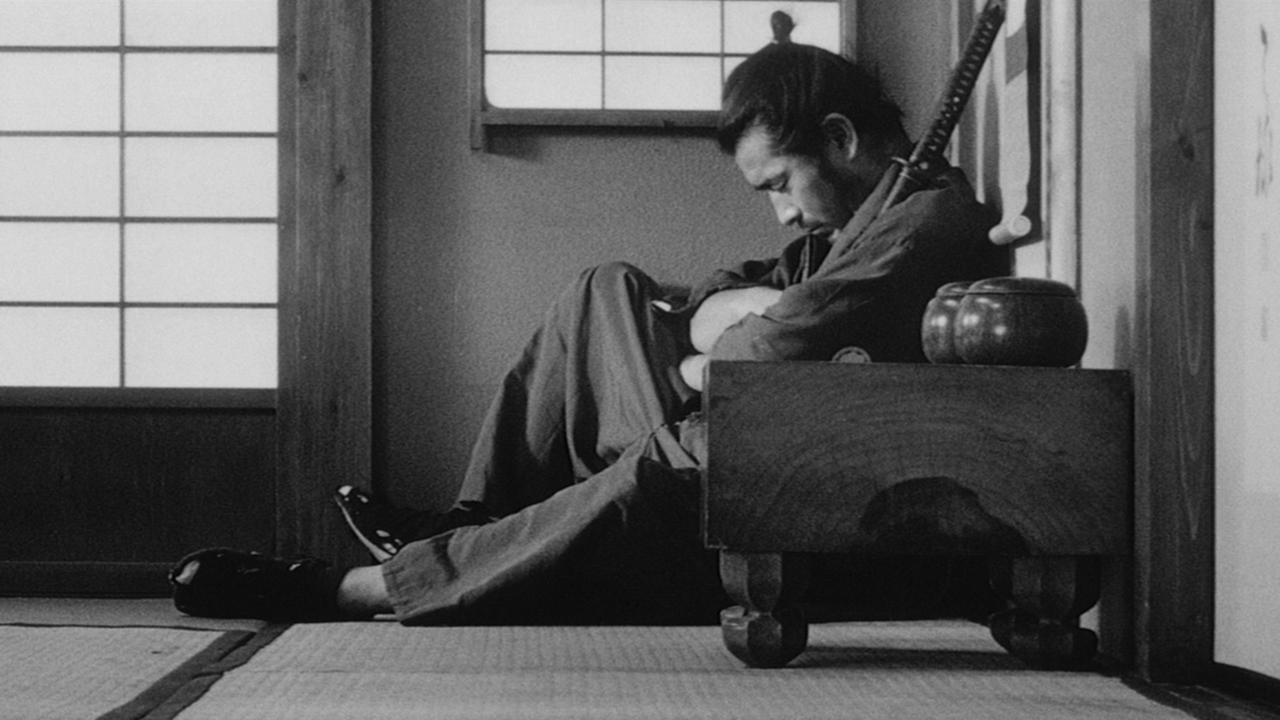 Sanjuro isn’t as downright violent as Kurosawa’s Yojimbo (which also starred Mifune), it has a lighter tone and is a very entertaining story about honor and deception. Mifune once again gives a striking performance as the lone samurai who will work for food and money. He doesn’t care so much about respect and relationships, he would rather just drink a bottle of warm sake and eat some rice above anything else.

The ending of the film is really striking as Sanjuro faces off with one of the superintendent’s guards who he deceived earlier in the film. Sanjuro combines comedy and fierce violent action and is what Kurosawa excelled at as a filmmaker. 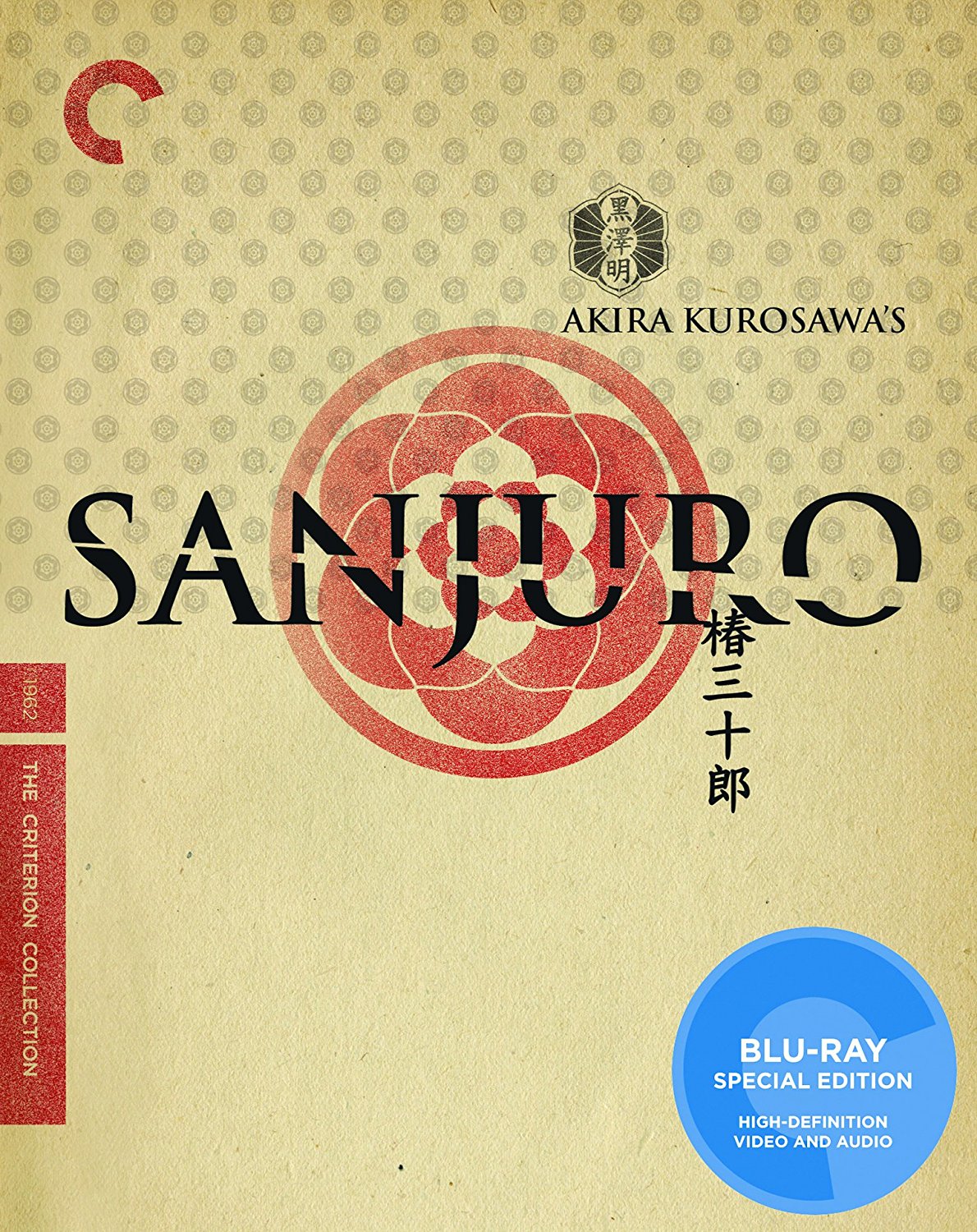