“This country spends $100 billion a year on getting high, and it’s not because of me. All that time I was wasting in jail, it just got worse. I’m not your problem. I’m just a businessman.”- Frank White

In Abel Ferrara’s 1990 gangster film King of New York Christopher Walken plays Frank White, a crime boss who has just gotten out of jail after several years. His main objective is to swiftly regain his status as a successful, feared criminal but to also find a way to redeem himself. 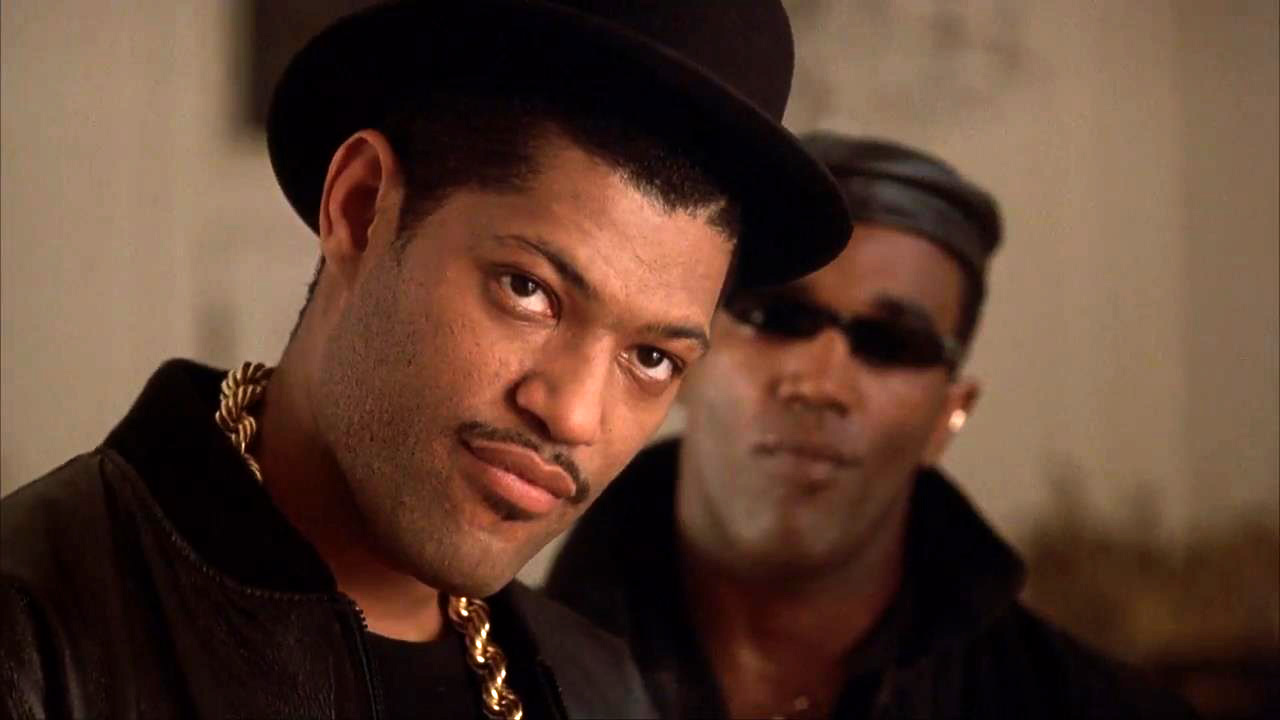 Fresh out of prison, Frank arrives at a swank uptown pad that’s waiting for him thanks to his lover/attorney Raye (Theresa Randle) . He takes a shower to wash the remaining bits of incarceration off his body and breathes in his new status as a free man. As Frank quietly looks out the hotel window at the city, a group of men walk through the door. It’s not clear to us what their intentions are with Frank at first. There is a brief exchange between the leader Jimmy Jump (Laurence Fishburne) and Frank involving a paper cup of root beer, then the mood suddenly changes. Frank shows his utter joy at being free by busting a few dance moves. Jimmy and the others all gather around and hug him excitedly and tell him they’re glad to see him. We can see the front was all a playful gangster ruse between Frank and Jimmy. Now it’s back to business as usual for Frank & Co. He’s got to make the rounds to let all the crime bosses in town know he’s returned and wants in on their deals. One thing is for sure, while Frank’s crew are all glad to see him, he’s got plenty of other people in his line of business who won’t share their enthusiasm. 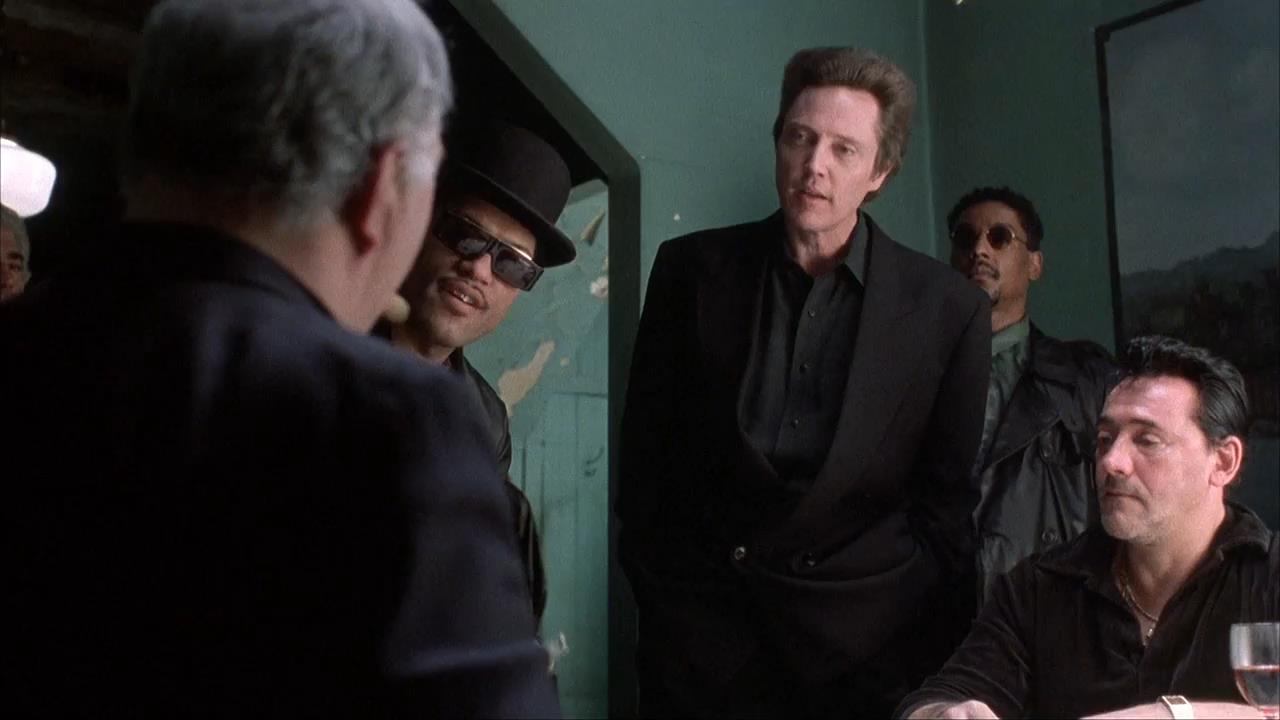 Frank may be a stone cold gangster, but he also wants to do something positive with the income he gets running the racket of drugs, gambling and prostitution. Most notably to help fund an inner city hospital. Frank decides to do a deal with Chinatown’s crime boss Larry Wong (Joey Chin) but when he asks Larry to come in with him, Larry confesses to Frank that he had always thought he was crazy but this business offer finally convinced him that he was right. Insulted by Larry’s response, Frank decides to take Larry and his Asian gang out on their own turf. Frank won’t let anyone get in his way. 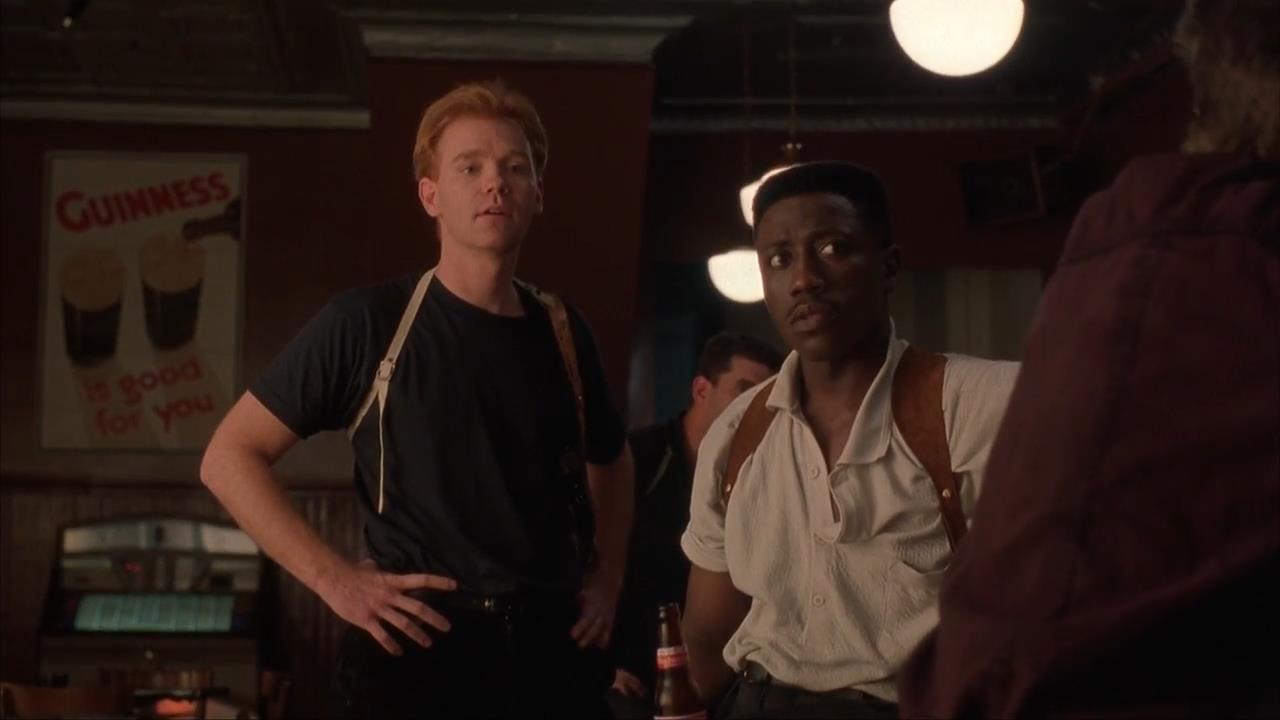 While Frank is determined to be the king of the streets once again, he isn’t free of his blood stained past. He’s being blocked at every turn as he makes his way back to the top of the violent underworld by his enemies. The biggest thorns in his side actually aren’t the criminals but a trio of vengeful cops (played by Victor Argo, David Caruso and Wesley Snipes) who are on him like white on rice. They’re the ones who put Frank behind bars and are determined to put him right back in jail or in a coffin and they aren’t opposed to breaking the law to accomplish this. 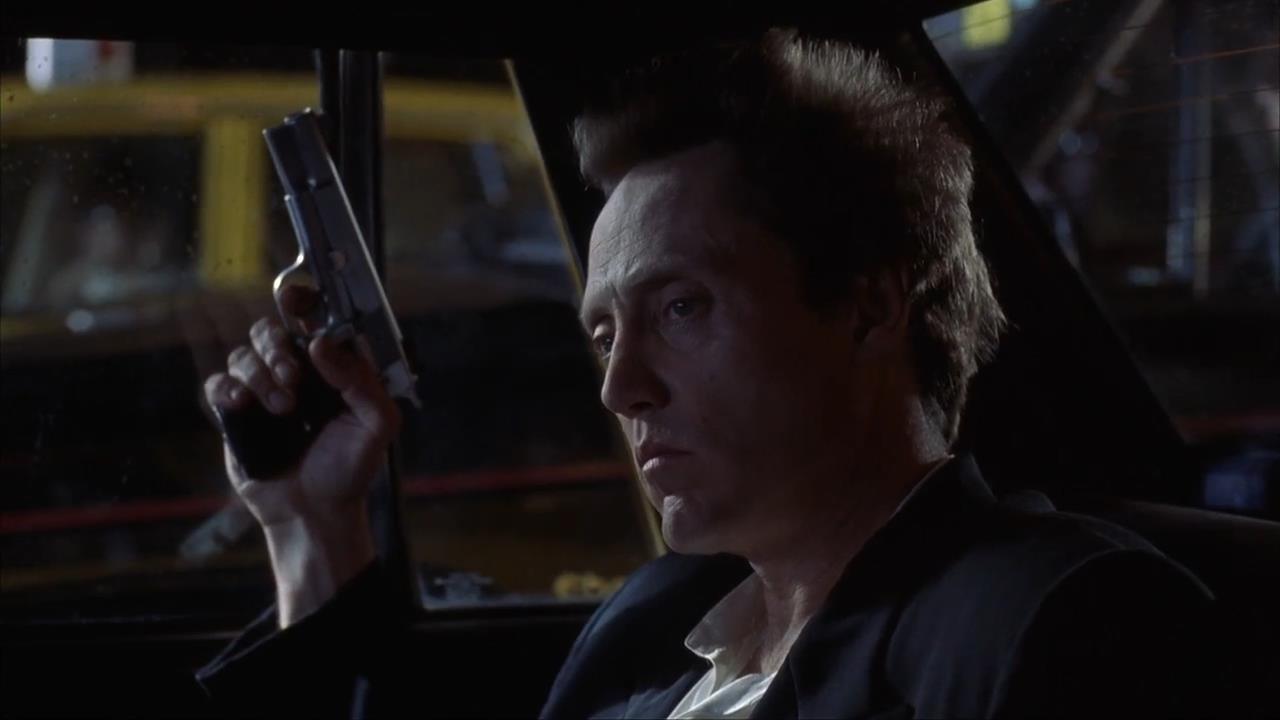 King of New York never loses its violent, shocking edge and practically every scene is exciting to watch thanks to the tightly paced script (by Nicholas St. John) and great supporting cast. Abel Ferrara’s other early notable works include such films as Ms 45, China Girl and Bad Lieutenant. With King of New York he made one of his very best outings as a director. He captured the raw, cutthroat inner city criminal life. The portrait he paints is of an unrelenting, extremely violent world where there are no rules. Frank White is the hero of his own story, a kind of hip hop era Robin Hood, and a highly ruthless one. Chris Walken performs one of his most memorable roles as a bad guy, it’s one of his finest along with other films like At Close Range and True Romance.