“Got a smoke?” – Napoleon Wilson

John Carpenter’s 1976 action-thriller Assault on Precinct 13 is an example of low budget cinema at its finest. Inspired in large part by his love of Howard Hawks’ classic Western RIO BRAVO it is a story about camaraderie and is set in mostly one place. Following the killing of several members of a gang called “Street Thunder” by the cops, their friends decide to seek revenge by killing random people in the city. One of their victims is a young girl (Kim Richards) which provides the most shocking scene in the film. When her frantic father decides to go after the killers, he is chased into a police station that is currently being vacated. Only a few people are inside including visiting officer Lt. Ethan Bishop (Austin Stoker) and secretaries Leigh (Laurie Zimmer) and Julie (Nancy Loomis). Meanwhile a prison transport holding several criminals including Wells (Tony Burton) and the enigmatic loner Napoleon Wilson (Darwin Joston) are forced to stop at the station due to a sick convict that needs medical attention. Soon, Street Thunder begin a siege on the building, with Bishop and the inmates stuck inside armed with only a few guns to hold them off.

Assault was filmed over the course of 20 days for a mere $100,000. To make the film look even bigger and more cinematic than most low budget productions from the period, John Carpenter specifically used a 2:35:1 Anamorphic ratio lense. He also wrote, edited and scored the film himself due to lack of funding. What he was able to create was an intense action masterpiece that has been highly influential on the genre ever since its release. The score is also extremely memorable with its ominous, moody, pulsing synthesizers that compliment the action and emotions taking place.

All of the actors involved are excellent but for me, Darwin Joston’s portrayal of Napoleon Wilson is my favorite. He’s got such an infectious charm and he almost seems to be from another era. He would be right at home in a Western which was probably done on purpose. He’s that criminal that you can’t help liking due to his wry sense of humor and up front honesty. Although John Carpenter cites the Westerns of Howard Hawks as a main inspiration for the film, Wilson seems closer to a character like Ben Wade (Glenn Ford) in 3:10 To Yuma (1957). The outlaw who we’re not supposed to root for, but just has a personality that grabs you.

If you watch Assault on Precinct 13 in 2015 (almost 40 years after its release), it completely stands up. The story, script and acting are all on point and it is a testament to what filmmakers can do without a lot of money. This film proves that when you get the right mixture of talent and a strong vision, you can elevate things so they really pop off the screen.

A remake of Assault was made in 2005 by director Jean Francois Richet starring Ethan Hawke, Laurence Fishburne and Gabriel Byrne. I thought it was a good movie but it still didn’t come close to being as great as the original. We’re talking about a true gem of film history here.

Buy Assault on Precinct 13 on BluRay 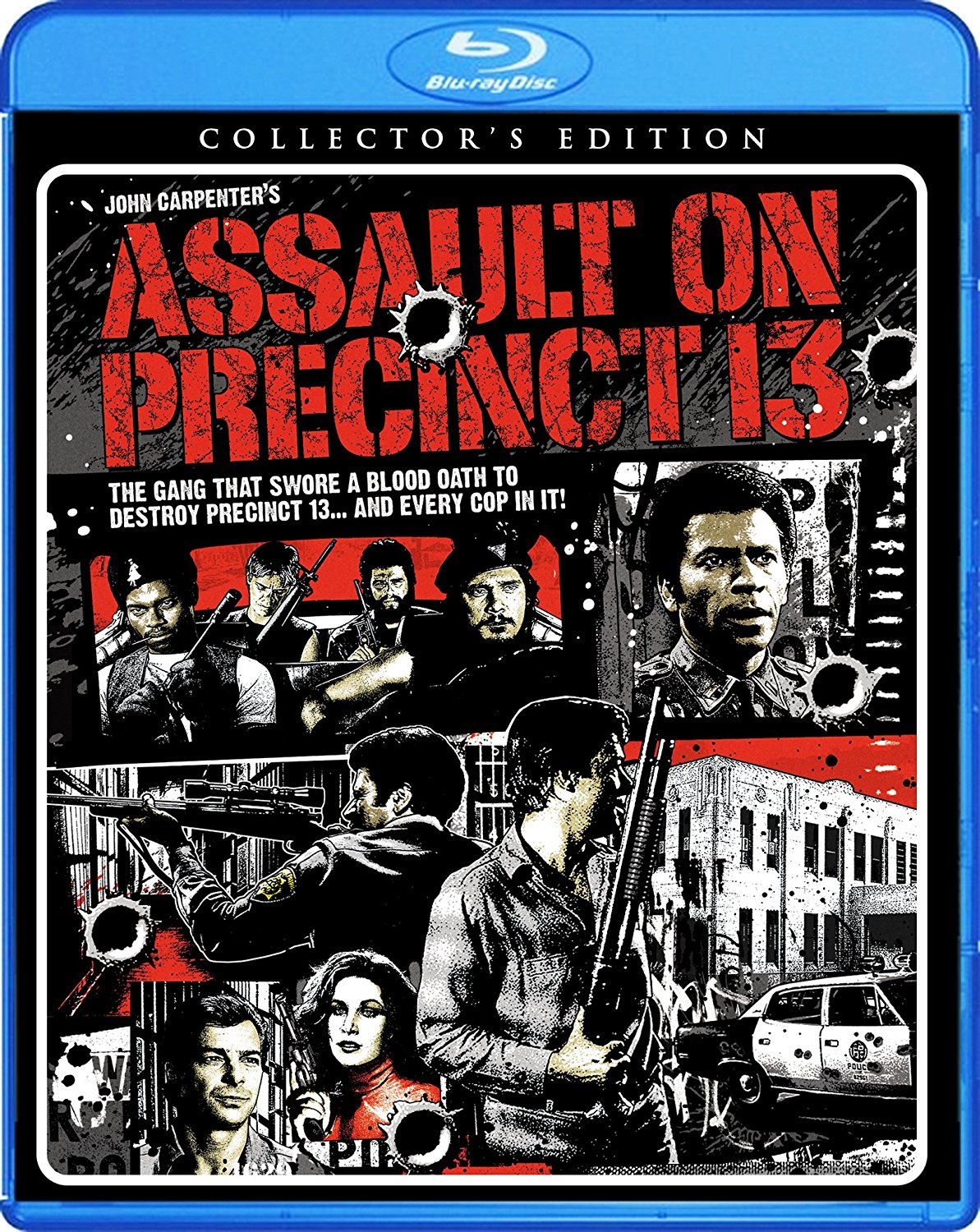