What is “Punk Rock”? To some its merely great rock ‘n’ roll, to others it’s an attitude or lifestyle. Punk Rock DJ/Historian/Filmmaker Don Lett’s documentary Punk: Attitude is a tremendously satisfying journey through the years Punk Rock was KING (approx 1976-1981). Punk can be traced back to the days of Chuck Berry, Jerry Lee Lewis and Elvis Presley. The first real wave of Punk was probably Rockabilly. That Teddy boy sound was the godfather of would later become known as Punk Rock. Marlon Brando’s The Wild One was an icon of 50s Punk. The whole “rebelling against anything” spirit is the main idea behind Punk. It’s also about rebirth and life coming from death, in both music and in youth culture. One thing Punk: Attitude teaches us is that there will always be “Punk” in some form or another.

70s Punk Rock was partially rooted in 50s Rockabilly, but it was also heavily influenced by 60s garage bands like The Seeds, The Standells and later The Doors, The MC5 and The Stooges. In the early 70s, kids from the inner city saw The Stooges, Alice Cooper, David Bowie and the New York Dolls (a legendary NY glam band) and were also inspired by the music of their fellow New Yorkers: The Velvet Underground. As well as being a new, in your face form of music, these bands were an alternative to the whole hippie-peace/love/flower power music of the late 60s. The kids were tired of the folk rock/jam bands so they decided to break it all down and make the kinds of music they wanted to hear. What came from these experiments was a raw, unhindered expression of life on the streets and the angst of living in a crazy world. The bands sang about dark subject matter and they also gave us some incredibly energizing pop music. The Ramones may have come from Queens NY, but they were basically a Bowery version of the Beach Boys. Their songs were so catchy and adrenalized, they captured the hearts and ears of everyone who listened to them. This was pure rock n roll the way they wanted. It really worked and soon another wave of music would be crushing the sunny day, wavy haired singer songwriter era of the 70s. Studio 54 and Disco was also going to be put out to dry when the sounds of downtown punk by Richard Hell and Television, The Dead Boys, The Talking Heads, Suicide and Blondie took the stage and created music that was not only daring and brilliant, but desperately needed for the rejuvenation of rock music. 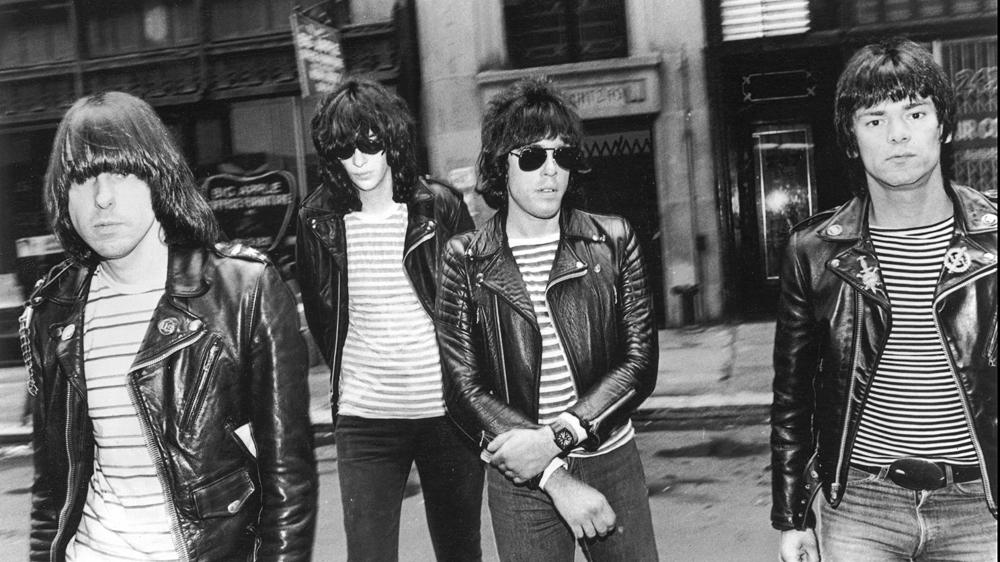 When kids from England began to hear records by The Ramones and other Punk bands from New York, lightbulbs went off in their minds. This was exactly the music they were looking for. At the time in England, there were large riots and just general unrest due to lack of jobs and a future for the majority of British youth. The sound of punk rock became their own call to arms and after The Ramones visited London in the mid 70s, almost everyone who saw them at The Roundhouse started their own band. The next time The Ramones came back to town, The Sex Pistols, The Clash, The Buzzcocks, The Damned, Generation X and other bands were beginning to make their own music filled with energy and rebellion. Along with the UK punk bands, there were other genres being explored, one in particular that went hand in hand with the reggae/dub scene was the ska revival. Punk, ska and reggae were all rooted in the themes of poverty, social protest and unrest. The Ska revival movement had some great bands like The Specials, The Selecter, Madness, The Body Snatchers and The English Beat. The kids from the poor parts of Manchester and Coventry got together and formed these “two tone” groups (Multiracial) and went into the clubs and studios to make music for themselves and their friends.

The UK Punk scene not only had huge impact on the US, but the fashion styles originally worn by Richard Hell, were brought to the UK by entrepreneur Malcolm McLaren and his wife. They opened a shop that marketed these kinds of clothes to the Punk Rockers and quickly the new rage was kids dressed in S&M bondage gear, clothespins, colored spiky hair and mohawks. 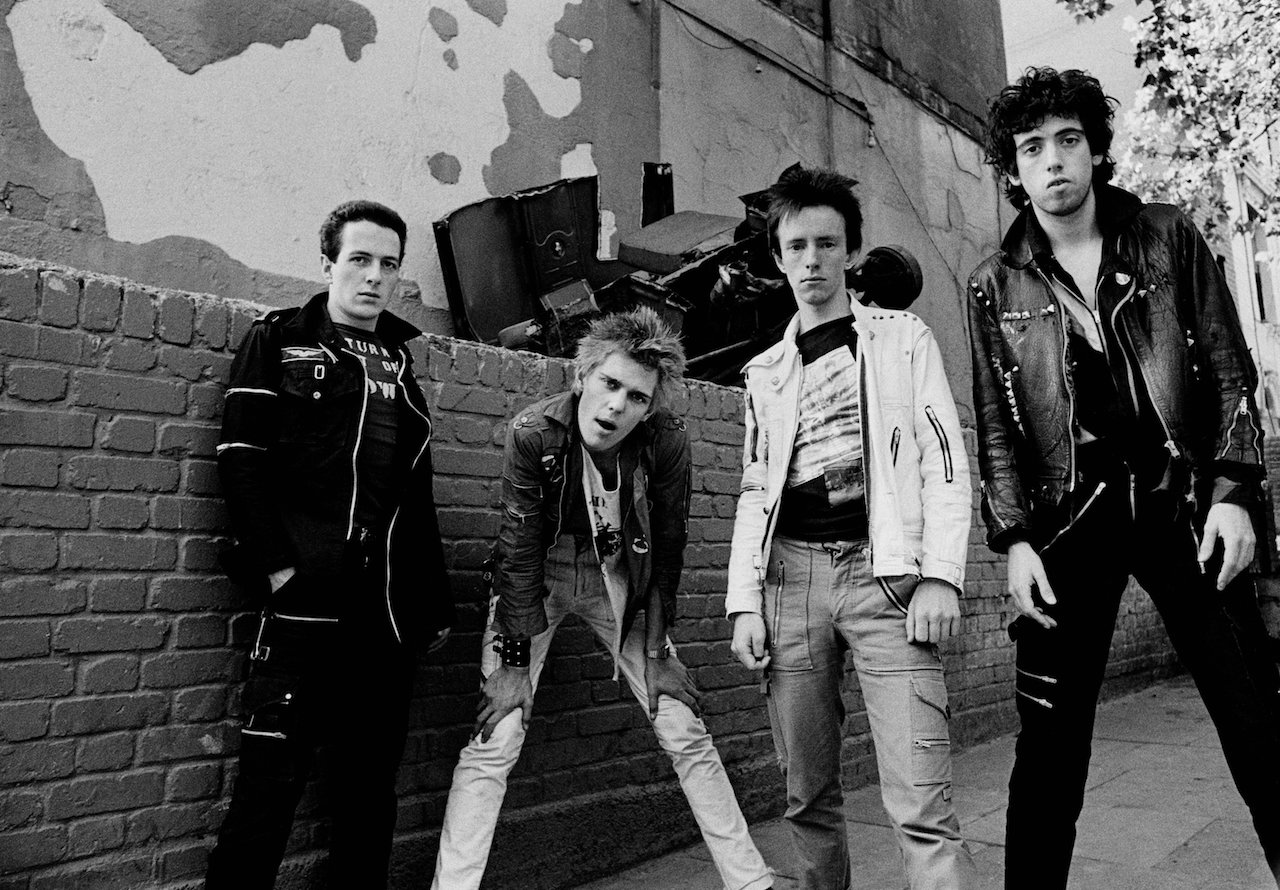 While the UK and New York Punk Scenes were happening, kids in Los Angeles and other cities were also catching this new bug. The Los Angeles Punk scene introduced bands like The Germs (fronted by Darby Crash), The Weirdos, The Dils, The Plugz, Alice Bag Band, The Screamers and many others. These bands were taking ideas from all over and mixing them into their own unique Southern Californian style. The atmosphere of Los Angeles may have been seen by many as all sun, beaches and pretty girls, but it was quite the contrary in the latye 70s. The city was filled with unrest and kids that were looking for their own future. Not all of them could be super wealthy rich like their neighbors in Beverly Hills. Nothing stirs up aggression like having something just out of your reach. The Punkers from LA and the beach towns were all in the same boat. They were also tired of listening to ELO, Fleetwood Mac and Van Halen. When they heard this new, raw honest music called Punk, it called out to them and they finally found their generations music of rebellion. Instead of a 20 minute braindead guitar solo, the kids got 2 minute lightning fast, loud, angry music that screamed out to them that they werent really living, they were just following. It sent the message that their futures didnt have to be the same as everyone elses. Do It Yourself, Think For Yourself and create your own futures.

The Hollywood punk scene was made from a more artsy crowd and it didnt last very long, but soon the Southern beach towns (like Huntington, Manhattan, Hermosa) gave birth to their own punk scene. This music was called Hardcore and thats just what it was. Gone was the artistic synth sounds of The Screamers, this musical crowd were made up of skaters and surfers. The Hardcore scene was fronted by bands like The Adolescents, Black Flag, The Circle Jerks, Fear, TSOL and other more heavy, out of control punk rock groups. The Germs guitarist Pat Smear remarked “At this time if you had long hair, if you went to a Black Flag show you would be beat down”. The Huntington Beach surfers were probably the most notorious for their violent tendencies. Stabbings, beatings and vandalism were regular for these guys. In Henry Rollins’ great book about life in Black Flag called “Get in The Van”, he describes an early encounter with the “HBs”. “I didn’t know how these guys were going to survive themselves” Rollins says. While The Screamers and The Germs were the kings of the Hollywod punk scene at The Masque (a famous punk club) The Circle Jerks, Black Flag and Fear were the kings of the Southern California Hardcore scene. Their shows were insane and usually had riots where the police had to come and break them up. One thing that ruined the punk scene was the influx of non-leftist, basically neo-nazi kids that saw the music as a reason to harm people they saw as weak or different. So what started a form of artistic, leftist expression got twisted into a fascist, violent scene that attracted some really bad elements. This was the beginning of the implosion of So Cal Punk.

The fellow California punk bands from San Francisco like The Dead Kennedys and Flipper were also proving that they had their own styles and sounds to express in Punk. Jello Biafra of The Dead Kennedys was a wild, explosive stage performer and was known for his insane antics. His style was in your face and confrontational as was a lot of other California punk rock. These bands weren’t only singing about angst, they were highly political and you can hear this in songs like “California Uber Alles” and “Holiday in Cambodia”.

When the violent crowds began to come into The Dead Kennedys vicinity, Jello wrote a song called “Nazi Punks Fuck Off”. The Dead Kennedys were left wingers and didnt want anything to do with skinheads and neo nazis. The DKs definitely made some of the most influential punk rock of the early 80s era.

Punk was not only hitting NY and LA, but places like Washington DC and New Jersey as well. From Washington DC came two highly influential punk bands: Bad Brains (an all black hardcore band) and Minor Threat (who gave birth to the “straight edge” movement: this prohibited any eating red meat, smoking, drinking or sex). The Bad Brains were one of the greatest of all to come out of the hardcore punk era. They mixed sounds ranging from Bob Marley to Jimi Hendrix to Parliament Funkadelic into their music. What they created was some of the most highly energetic and infective music ever. They were/are just incredible musicians and artists. Minor Threat used messages in their music to uplift the youth and they spoke about alienation and being outsiders. Their music was perfect soundtrack for skateboarders and other outsiders. Minor Threat’s Ian MacKaye formed his own record label called Dischord and went on to put out many other great bands. Later MacKaye formed another band called Fugazi, one of the most important alternative post punk groups of the 80s.

In New Jersey, a group of teen punk rockers came up with their own ideas of what punk rock was to them. They mixed influences from Alice Cooper, KISS and their favorite horror and sci fi films/comics. The result was The Misfits, a Horror-Punk Rock group fronted by Glenn Danzig. The Misfits were another highly influential outfit that gave another face to punk: a huge skull. With songs like “She”, “Horror Business”, “Psycho 78” and “Teenagers From Mars”, The Misfits were a special sub-genre so to speak. Lead singer Glenn Danzig came across as Jim Morrison meets Elvis meets Alice Cooper meets Iggy Pop. The Misfits were spooky, creepy and wild, they rocked like no others.

For music enthusiasts PUNK: ATTITUDE is an in depth look at a form of popular music that we highly recommend.