Requiem For A Heavyweight

One of the finest dramas revolving around the sport of boxing which preceded such classics as Rocky (1976) and Raging Bull (1980) is Ralph Nelson‘s Requiem For A Heavyweight (1962). The screenplay was written by Twilight Zone creator Rod Serling. The film stars Anthony Quinn as Louis “Mountain” Rivera, a successful boxer who must quit due to extreme physical damages from his many years in the sport. 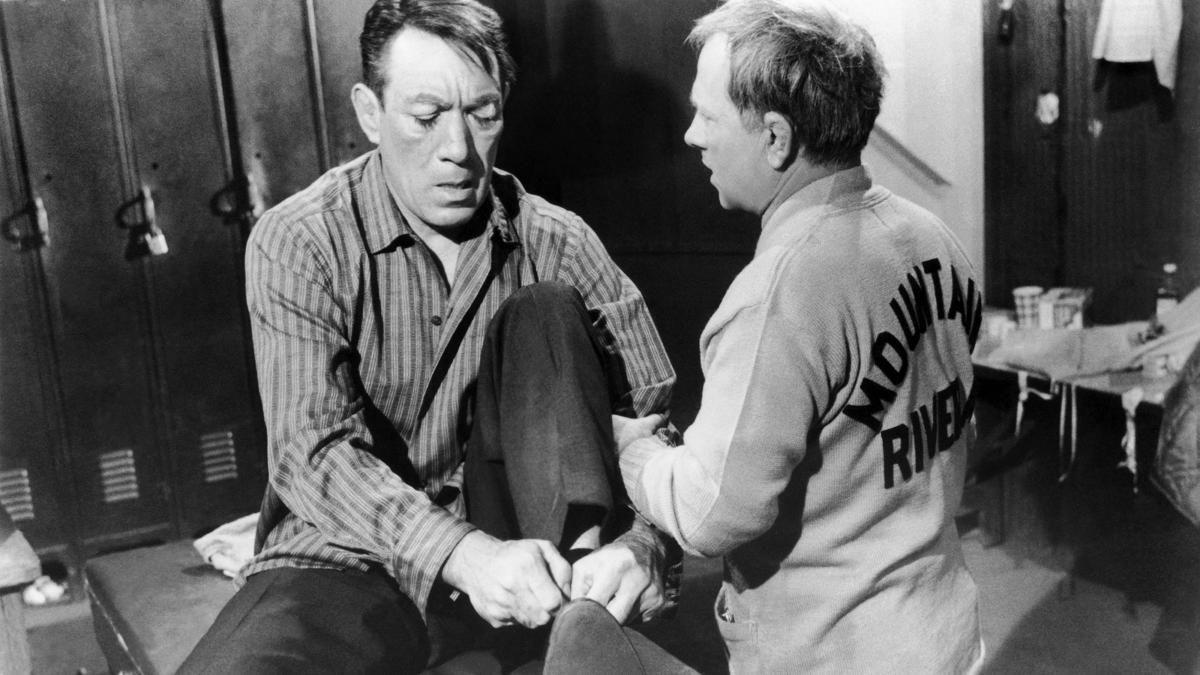 When we meet Mountain he has just lost a heavyweight championship fight to a boxer named Cassius Clay (who would later be known as Muhammad Ali). Jackie Gleason (The Hustler) plays Maysh Rennick, Mountain’s manager. We find out that Maysh owes money to a local gambling ring run by the manly Ma Greeny (Madame Spivy). Mountain’s assistant is Army (Mickey Rooney) who has been a faithful friend to him over the years and cares for his well being. 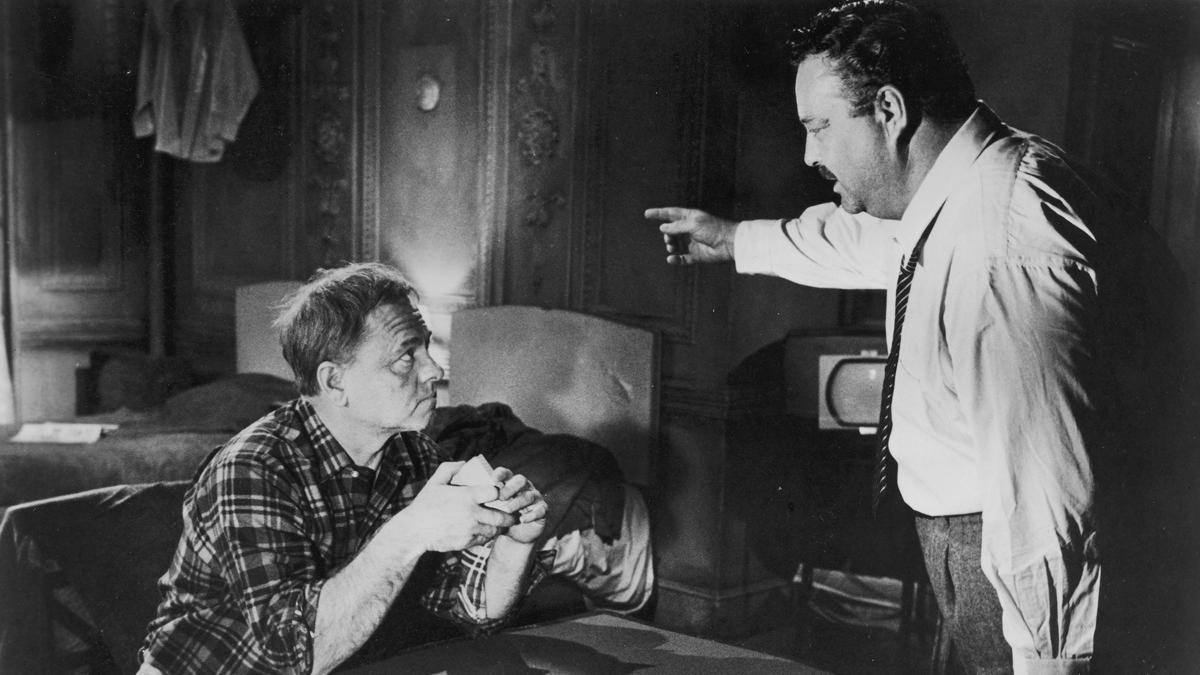 Without his boxing to bring in money, Mountain has to go to the unemployment office to find a new kind of work. It’s there he meets Ms. Miller (Julie Harris) who takes a quick liking to him and helps him get a job interview. Meanwhile, Maysh is trying to get Mountain to take a job as a wrestler to help him pay off his gambling debts to Ma Greeny. Mountain is oblivious to Maysh’s real motivations, but Army knows what he’s up to and warns Maysh that he better not hurt Mountain after all he’s done for them over the years. 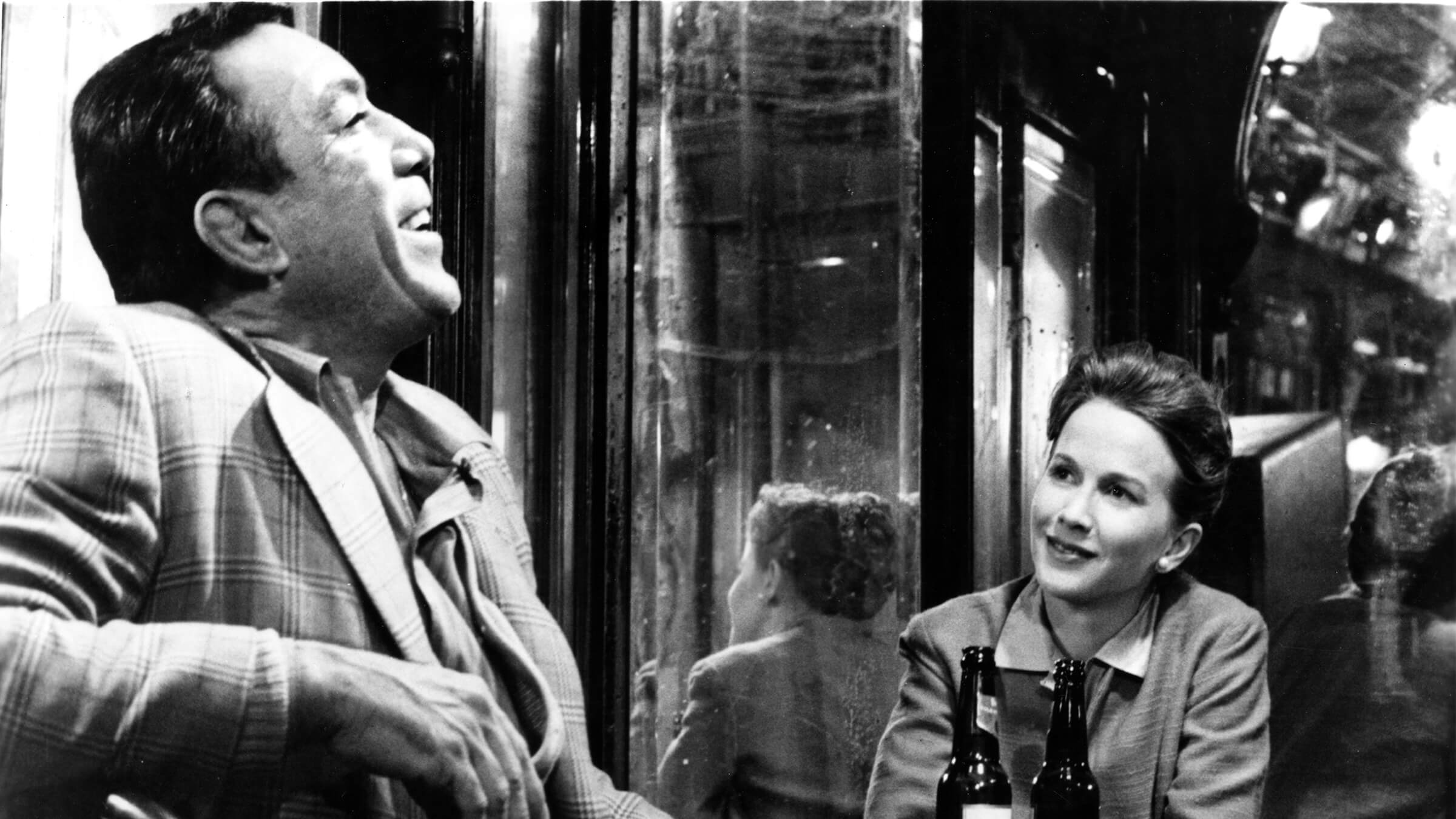 While the sport of boxing is a main touchstone of the story, the real punch comes from the human drama outside the ring. Anthony Quinn’s portrayal of the kind hearted, down on his luck, punchdrunk Mountain is one of his very best. Jackie Gleason is also excellent as Maysh, who’s a real crumb that has lost all hope at winning. We can see that he viewed Mountain as his meal ticket and now that he is out of the race, he looks for any way to use him, not caring about the consequences. Similar to her character in Eliza Kazan‘s East of Eden, Julie Harris is a sympathetic person who does her best to help Mountain only to have her efforts ruined by Maysh who gets Mountain drunk the night of an interview that could put his life back on track. Anthony Quinn later stated in an interview he thought Mickey Rooney was one of the best actors he ever worked with, and you can’t help but agree with him after watching his performance as Army in this classic film.