It’s Christmas time again! And it’s also another time of the year that we have to witness the debate about whether Die Hard should be considered a Christmas movie or not. To me, I think it is. Basically, the film takes place on Christmas day, the main villain (Hans) talks about a “Christmas miracle”, and one good local cop (Sgt. Powell) tries to save our hero with ideas to “give up one’s very self” and “think only of others” while giving him trust and advice, no matter what his boss says. Now THAT’S what you call Christmas spirit. 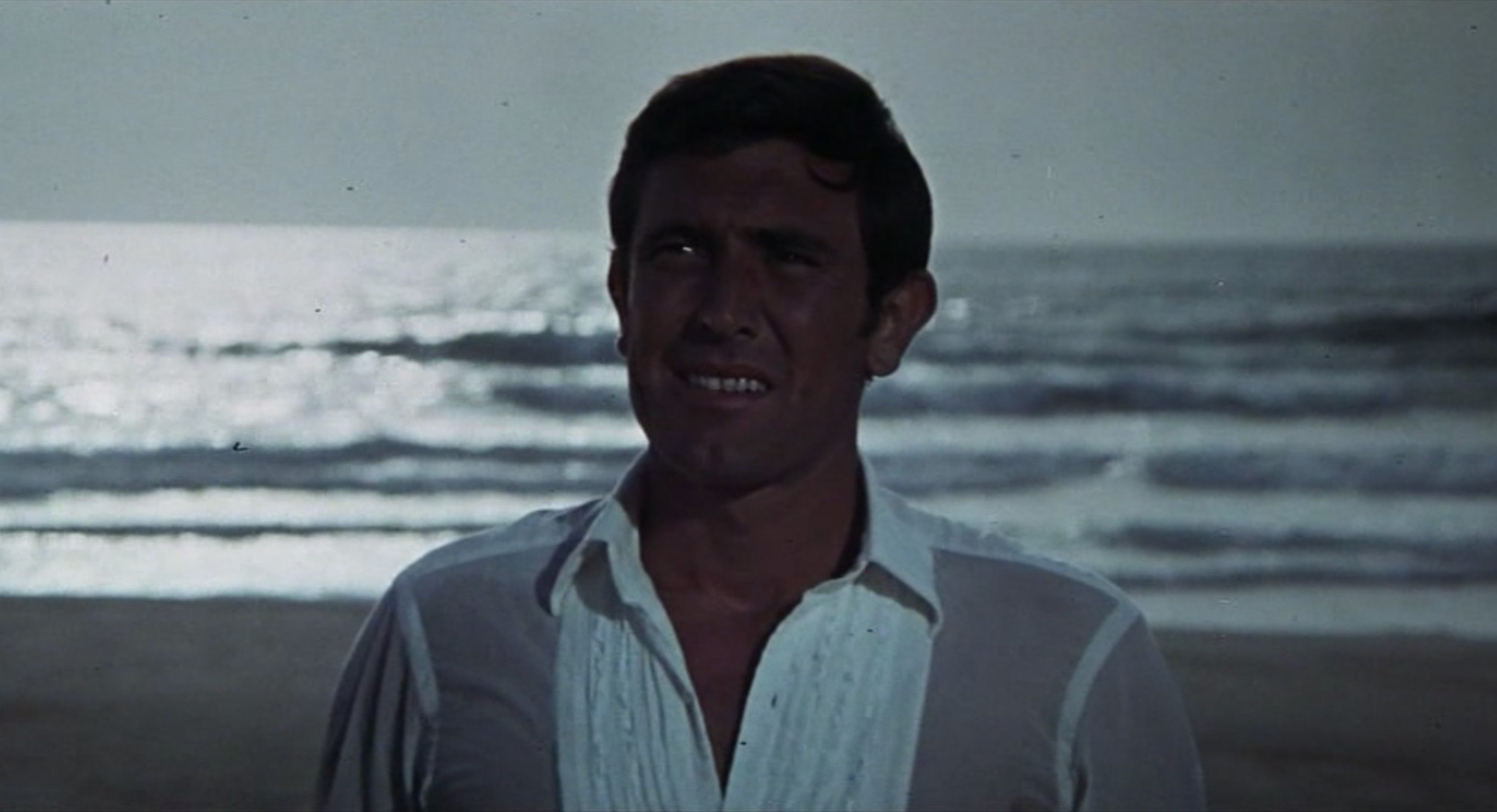 Every Christmas, there are two films that I always watch: A Charlie Brown Christmas and Die Hard. But this year I’d like to try something completely different. I’ll watch Scrooged (I promise I’ll review it here soon) and The Star Wars Holiday Special (due to the heavily advertised sequel) on December 25. However, I just realized that there’s another unusual Christmas movie out there. In fact, I’m not even sure that it’s supposed to be a Christmas film or it’s just the fact that main events in the movie take place around that period, but since we need something different from A Christmas Story or It’s A Wonderful Life, I bring you “On Her Majesty Secret Service”. Yes, this notorious entry in the 007 franchise is another alternative for you during this holiday season. It’s distinctive not only among other so-called Christmas movies, but also the Bond franchise as well due to its controversial background and storyline that many people regard as one of the best Bond films of all time. To be honest with you, I think that statement is a little bit untrue, but I understand exactly why people love it. 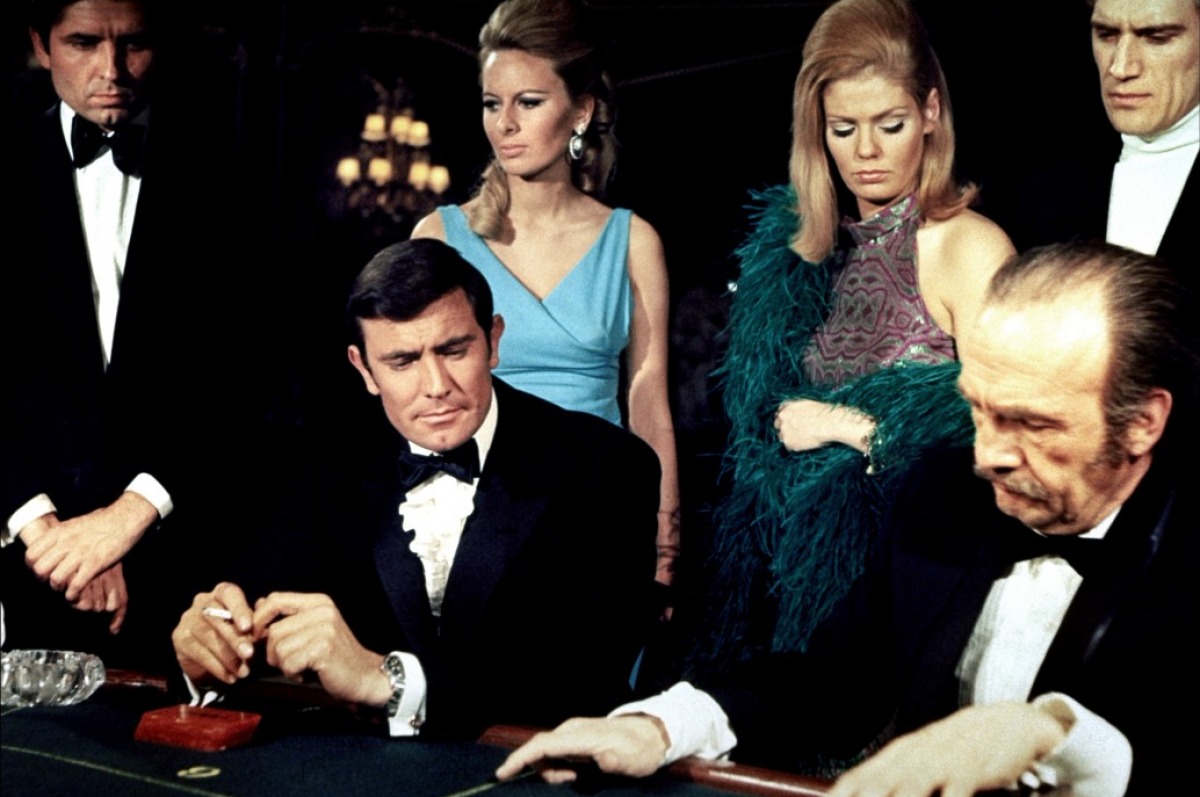 Our hero, Mr. Bond (played by George Lazenby), has to save the world from an evil scheme by Blofeld (Telly “Who loves ya, baby?” Savallas), in which he plans to send twelve women around the world to spread a virus and endanger the food supply…unless he gets money and amnesty. Meanwhile, he is supposed to marry Tracy (Diana Rigg), the daughter of a crime lord. At first, Tracy thinks our hero is flirting with her just to get what he wants from her dad, but as the time goes on they fall in love with each other and they finally get married in the end. At this point, I don’t think I have to tell you about the legendary finale that’s part of pop culture history, but in case if you don’t know about it, then I’ll try not to directly spoil it here since the final scene is totally worth watching…and we’ll talk about this later. 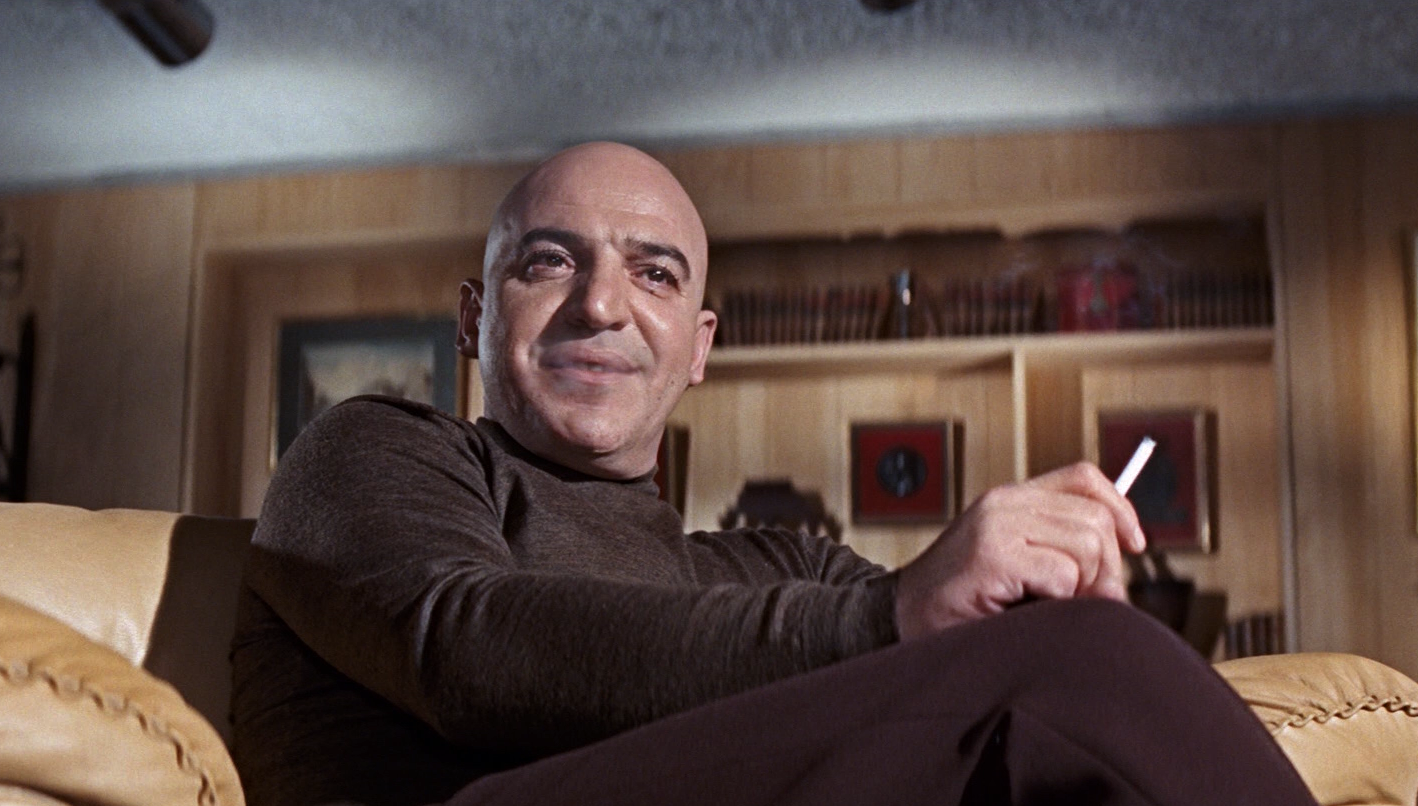 Although the film has a strong reputation nowadays, it wasn’t treated well during the 70’s up to the 90’s. The main reason for this is either George Lazenby or the film itself. For George, he’s infamously known as a guy who left the role of the popular secret agent after only one movie. The reasons range from his difficulty working with the cast and crews during filming, his agent’s prediction that the Spy film trend would end due to the hippie era, his inability to cope with pressure after fame, etc. These could be reasons why the film was somehow forgotten. Even when ABC ran a promo for its first broadcast in the US back in 1976, they didn’t even mention his name at all! And for the film itself, well, this leads us the topic that I mentioned before. The different tone of OHMSS is what sparked interest in this obscure gem again. The pacing is considered slower from other 007 films, but there’s no boring moments (like Thunderball) at all. The first hour of this film may have no exciting chases or sequences that keep you on the edge of your seat, but it’s a reasonable and effective build-up to the more upbeat tone in the second half of the film. I consider this approach as a “realistic pacing in an unrealistic setting” since our villain is still right there ready to take over the world, but during the first half we focus on what Bond is doing in order to meet our old villain as well as his relationship with Tracy instead of showing off gadgets or an over-the-top car chase. And speaking of Tracy, she’s also one of my favorite Bond girls. In spite of the fact that we have little to no information on the reason why Mr. Bond falls in love with her (in contrast to the other films where the main Bond girl is someone who works as his ally during the mission), we slowly see the change in her character. From a woman who’s still haunted by the past and doesn’t trust Bond’s motives, to someone who doesn’t want to see Bond die before Blofeld’s base is destroyed. It seems like they see something good and valuable in each other and that leads to the marriage that doesn’t happen because Tracy’s father discourages Bond, it’s because he actually falls in love with her…something that’s unique for this entry of 007 film. This is also emphasized in one of the most iconic montages in which Bond and Tracy share their happiness together while Louis Armstrong’s fantastic ballad “We Have All The Time In The World” is playing. They intercut several shots of them in different places to make us believe that Tracy and Bond have been getting to know each other for quite a while and this make them seem closer and closer. These elements convince us of their strong relationship pretty well, so that’s why the ending shocks the audience and even brings tears from some of us. 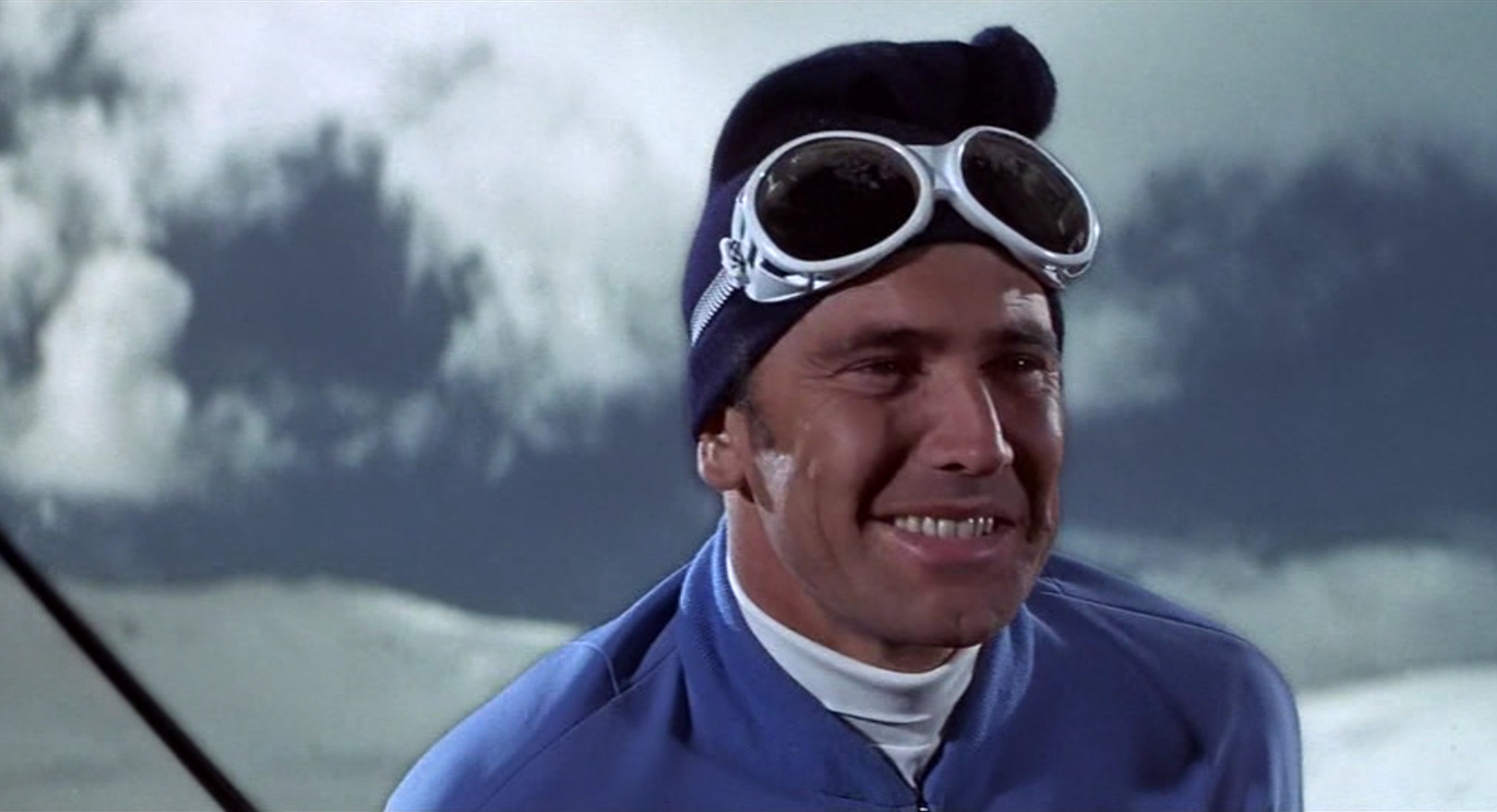 Speaking of editing, that’s another thing that I admire here. There are scenes that use effective editing and/or camera angles to create emotion among the audience. For instance, in the pre-credits car chase between Bond and Tracy, we don’t see Bond’s face immediately since this isn’t Sean Connery and creating suspense about the new Bond is a cool idea. We only see close-up shots of him lighting cigarettes and in silhouette from the back before his face is fully revealed a few minutes after that. At least, at the time, it was a pretty good gimmick to introduce the character, just like how they introduce Indiana Jones in Raiders Of The Lost Ark. Also, there’s another scene that benefits from editing and camera angles and, apparently, that’s why I love it so much. After Bond escapes from Blofeld’s henchmen in a skating rink (while there’s a quick-cut footage of them walking around and the crowd in order to create excitement and confusing atmosphere), he sits down. The nice Christmas choir is singing in the background. We see several legs skating past us, just like what Bond is seeing. But, suddenly, someone stops. Cut to Mr. Bond who slowly looks up. Then, we see from his point-of-view…the camera slowly pans up and, wow!, it’s Tracy in her gorgeous make up. The moment when she smiles and says “James!” could probably not only melt Bond’s heart, but mine as well. It’s effective because of the charm of Diana Rigg, the creative editing, and background music. 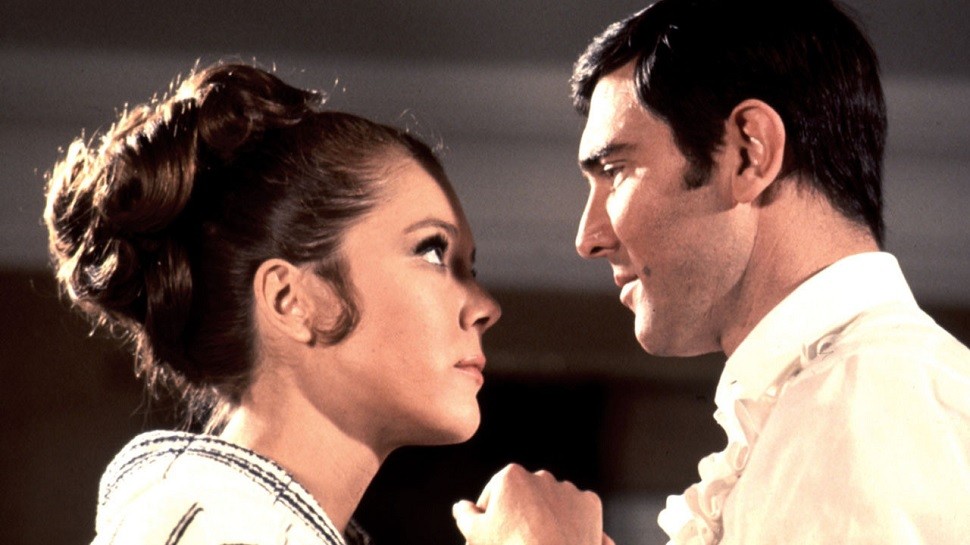 But as I previously stated, although OHMSS has a superb cast featuring Diana Rigg and Telly Savallas (whose voice can easily hypnotize the twelve girls without using any weird technology or drugs), an amazing soundtrack (which combines the then-novelty synthesizer and orchestral elements really well), and an interesting plot, there are several things that I don’t really like. There is a constant reference to the previous movies. From the opening credits which has footage from the other five Bond flicks, to a scene in which our hero is picking up each of his old gadgets (while the soundtrack from each movie is playing in the background), to the ORIGINAL James Bond Theme from Dr. No during the shootout near the end, I don’t think we need to be constantly reminded of the Sean Connery era. We get it. We already know that the hero is James Bond. I mean, I’m okay with a little bit of reference, but I don’t think that it has to be touched on this much since it will easily trigger people to compare Sean and George. This brings us to my biggest issue here: George’s acting skills. I’m sorry. For whatever reason, his facial and vocal acting aren’t convincing enough for me. I understand that he never had a proper acting role before he took the part in this film (except TV commercials like Big Fry), but he could have been better than this since he’s the main focus of this 144-minute epic and we are supposed to believe that he cares not only about his job, but his lover, too.

But in the end, no matter how long this film is, On Her Majesty’s Secret Service is definitely a standout Bond film and fun Christmas time film. It might not be the best, but it’s going to be on your Top 10 favorite 007 film list for sure. Highly recommended.