The second trailer for MARVEL STUDIOS’ highly anticipated upcoming supernatural extravaganza DOCTOR STRANGE delves even further into the story of Dr. Stephen Strange (Benedict Cumberbatch), a brilliant surgeon who after being badly injured in an auto accident, goes on a quest to find some way to restore his abilities. On his journey he arrives on the doorstep of The Ancient One (Tilda Swinton) who introduces him to other dimensions he never knew existed.

We get more looks at the cast which includes Chiwetel Ejiofor as Baron Karl Mordo an associate to Strange, Wong (Benedict Wong) Strange’s “servant” in the comics, of course for this modern version he won’t be serving tea. Rachel McAdams plays Christine Palmer, Strange’s fellow surgeon who might be a love interest as well. Mads Mikkelsen is Kaecilius, the main antagonist of the film, although he has been described as being not necessarily wrong about his views.

Director Scott Derrickson (SINISTER) will be taking viewers into another corner of the Marvel Cinematic Universe and from the looks of it, it will be a truly mindbending, reality warping, acid trip of an action-adventure film. This Marvel character in particular provides a perfect way to utilize so many wild and weird visual effects and ideas which in the modern age is ripe for exploration, so we can’t wait to see how far out things get.

Doctor Strange is scheduled to be released on November 4, 2016 in 3D and IMAX 3D. 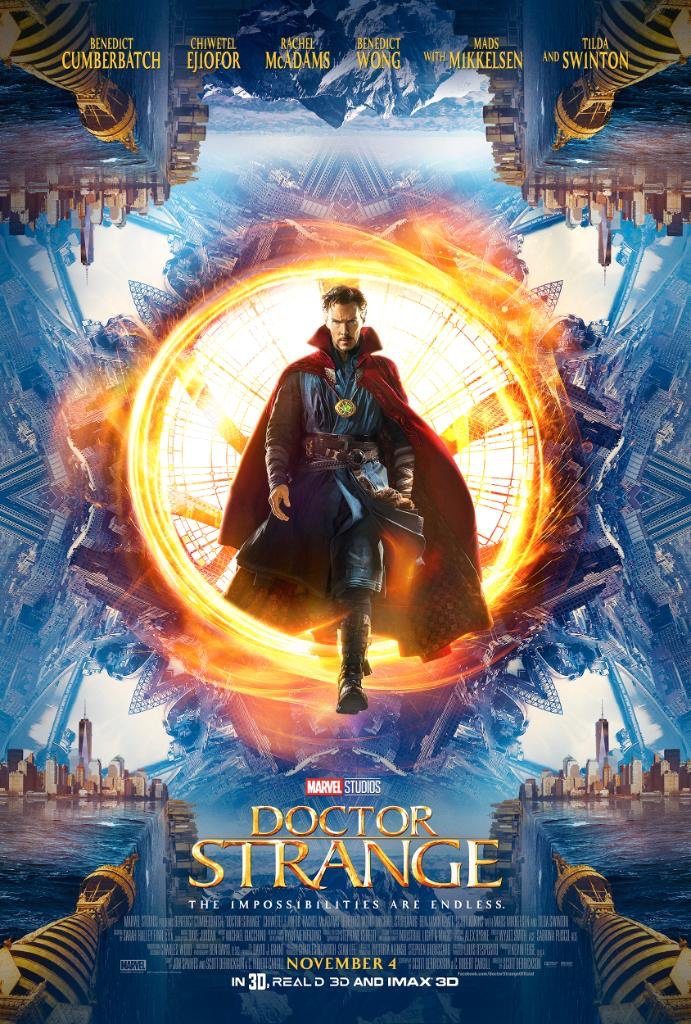