The 1950’s was the first era for the popular genre known as Sci-Fi/Horror. The nuclear age creatures like Tarantula, The Blob and The Thing from Another World were everywhere and nobody really talked about the old fashioned monsters anymore…or did they?

Well, actually there were a series of horror films from a British company called Hammer Film Productions. They resurrected both Frankenstein and Dracula from their cinematic tombs and they became global smash hits. I saw the 1958 Dracula for the first time years ago and its gothic visuals and gory sequences (seriously, it got an X rating in the UK at the time) are what made Hammer different from the Universal films. After the success of both franchises, in 1959 they brought back The Mummy as well. This time, it was based on the later films in the Universal catalogue, in which our monster never speaks and kills everything that stands in its way. It also served as a “greatest hits” of Universal’s Mummy catalogue since it combined elements from several Mummy films. 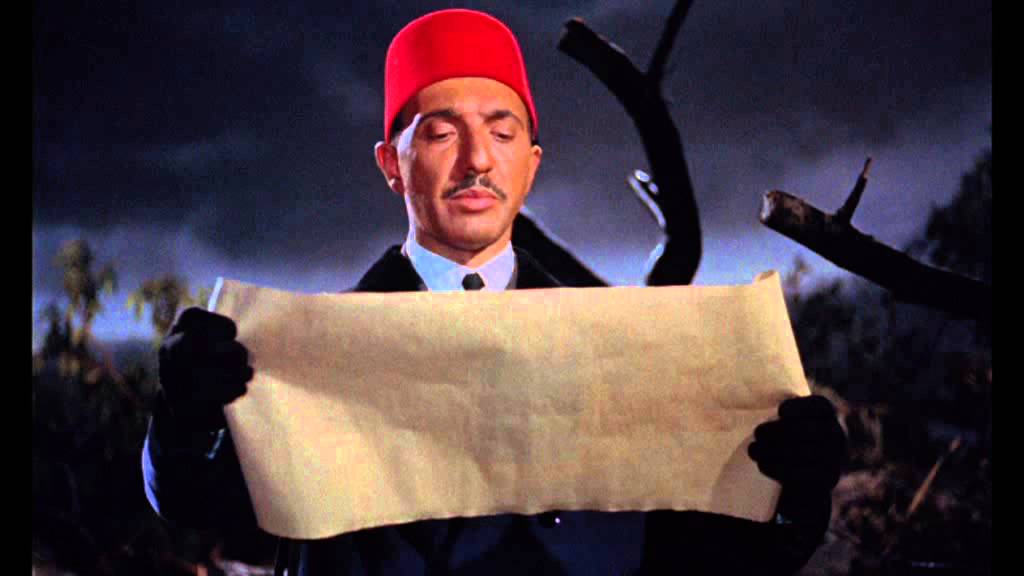 Set in Egypt of 1895, a group of three archeologists: John Banning (played by Peter Cushing), his father Stephen and his uncle Joseph, arrive to dig up the Princess Ananka’s tomb. Later on, they find it. But, just like in the 1932 classic Stephen accidentally reads the Scroll of Life and this wakes Kharis, the mummy. This causes Stephen to go insane and he has to stay at the Engerfield Nursing Home for the Mentally Disordered for several years. Meanwhile, a local guy named Mehemet is furious that Stephen and Joseph ignored his warning about the curse, so later on he steals the Scroll of Life as well as Kharis in order to plot the revenge against the three archeologists who have disrespected the orders.

Three years later, Stephen realizes that he has awoken the monster and we learn that Kharis is the guardian of Princess Ananka’s tomb. Also, Mehemet moves to England and sends his mummy to kill our heroes one by one. Who will survive the terror of the mummy? 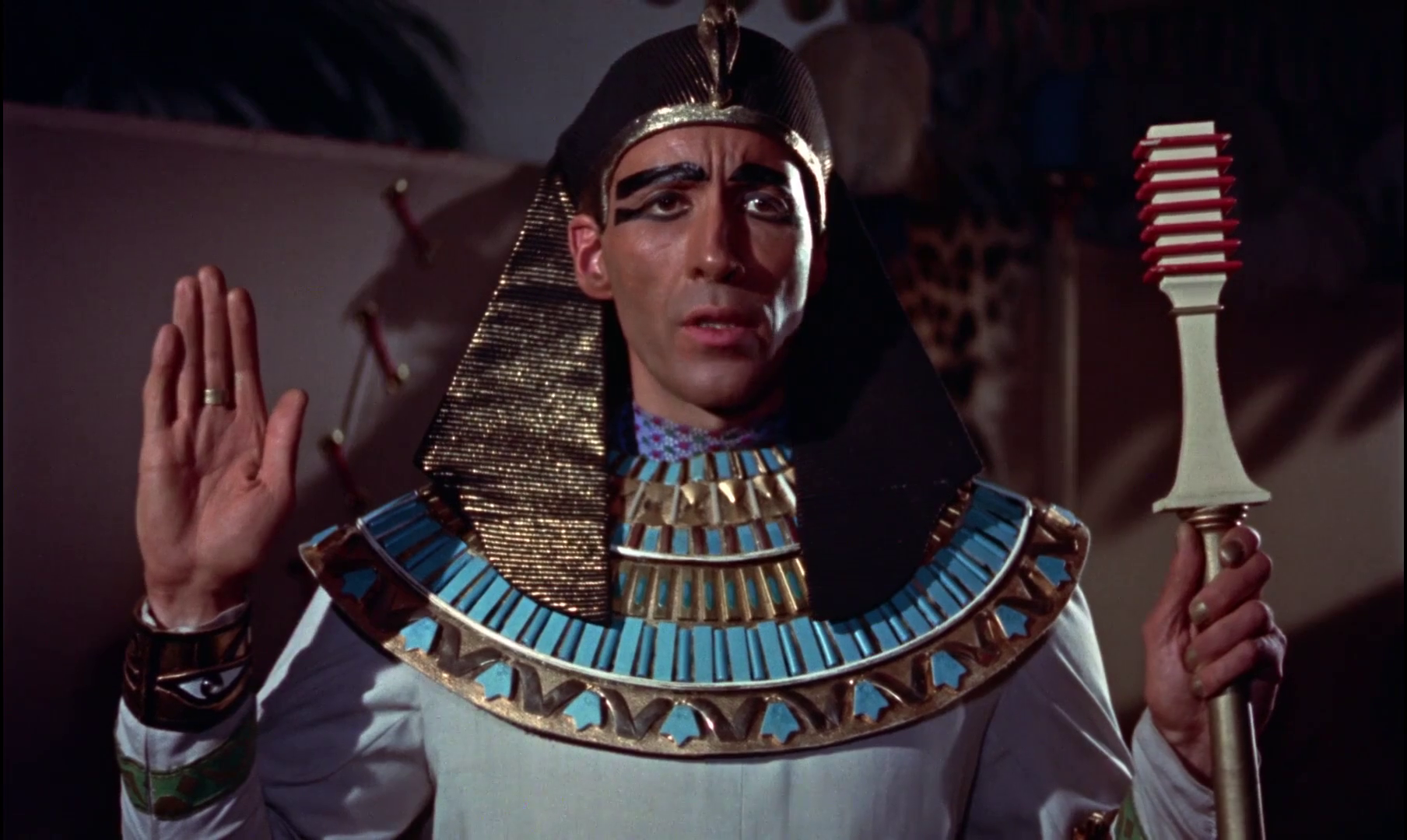 This entry is different from the previous one I talked about. The Fantasy/Romance aspect of the 1932 is gone. It’s more of a straight-forward horror film in the way that everyone knows. The monster was changed to a really strong maniac who breaks windows, smashes down doors and strangles his poor victims. The good side is that it was easier to attract younger viewers since it’s more exciting and resembles later entries of Universal’s Mummy, but on the other hand…I’m not sure why they had to pick Christopher Lee for this role. Sure, I understand the marketing tactic (since Lee and Cushing both appeared in several Hammer films before) and we saw him during a flashback scene (I’ll talk about that soon), but most of the time he hides under makeup and never talks. It’s a role that doesn’t have intense dialogue or memorable acting.

The overall tone of this version is a thrill ride for everyone. There are two scenes that I especially like. The first is when John goes to Mehemet’s house and tries to investigate about his link to the mummy. It somehow reminded me of the time when the 60’s James Bond would talk to the main villain since the conversation is brilliantly written and challenges our hero’s interrogation skills to nail the bad guy. And another scene is at the climax. It has this dark atmosphere and a great build-up to the tragic fate of the mummy. 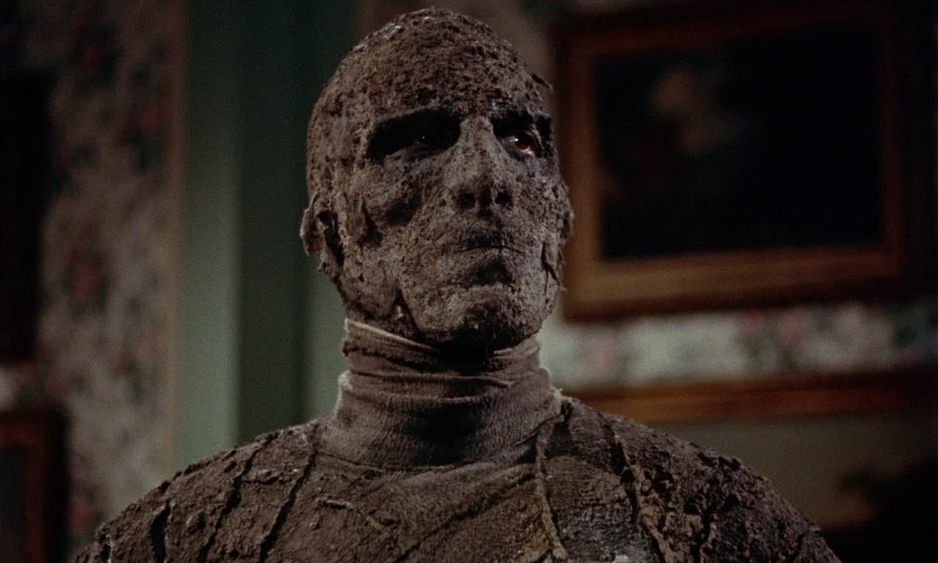 Unfortunately, there are two things that I don’t really like. First, the flashback sequence where we see the history of Princess Ananka and Kharis. It’s kinda similar to the classic film, in which the princess is buried so her lover tries to ressurrect her again, but then he gets caught and buried alive as a mummy. It’s a well made scene, but it goes on for too long. I wouldn’t be surprised if the National Geographic logo showed up since it looks more like a documentary at that point. The second thing that bugs me is the female character Isobel. Of course, she’s someone who looks like Princess Ananka and her face distracts the mummy due to their romantic relationship in the past. To me, her character should’ve been established in the early part of the film, just like the 1932 version because she only shows up in the last 30 minutes of the film. It seems like she’s just a McGuffin used near the end to save the hero and lure poor Kharis away. That’s it. She doesn’t have much of purpose to be there.

Although it has few points that I dislike, the 1959 Mummy flick is another classic Hammer film that lives up to its reputation. It has an entertaining storyline, a maniacal villain, and a stylish European atmosphere that make it a timeless horror classic.

Next time we will end our Mummy trilogy with the 1999 version. A film that I didn’t see until its release on home video.