Emperor of The North

“You ain’t stopping at this hotel, kid. My hotel! The stars at night, I put ’em there. And I know the presidents, all of them. And I go where I damn well please. Even the chairman of the New York Central can’t do it better. My road, kid, and I don’t give lessons and I don’t take partners. Your ass don’t ride this train!” – A-No. 1

During The Great Depression (which lasted from the early 1930s to early 1940s) there was an entire subculture of homeless folk who lived on the outskirts of society riding the rails, scavenging for food, money and other goods. They were known as hobos or ‘bos for short. Director Robert Aldrich a film maker who specialized in action packed cinema and created classics such as Flight of the Phoenix (1965) and The Dirty Dozen (1967) among several others took a closer look at the down n’ dirty hobo lifestyle with Emperor of the North, a 1973 action-adventure film set in the Northwest starring Lee Marvin as A-No. 1, a grizzled veteran of the hobo community. This type of role was of course perfect for Marvin, best known for his tough outsider characters. While A-No.1 is the greatest ‘bo from California to Maine, there is an enemy that he and every other tramp who travels on the trains must contend with, that man is “Shack” (Ernest Borgnine) the most sadistic, feared train security guard this side of hell. Shack is infamous for taking out any ‘bos who try to hitch a free ride. His methods range from bashing them over the head with a hammer to using special “anti-hobo” weapons like a steel bar tied to a rope. It is slowly dropped beneath the train as it rolls along. The bar then bounces up off the ground hitting the ‘bos riding underneath. 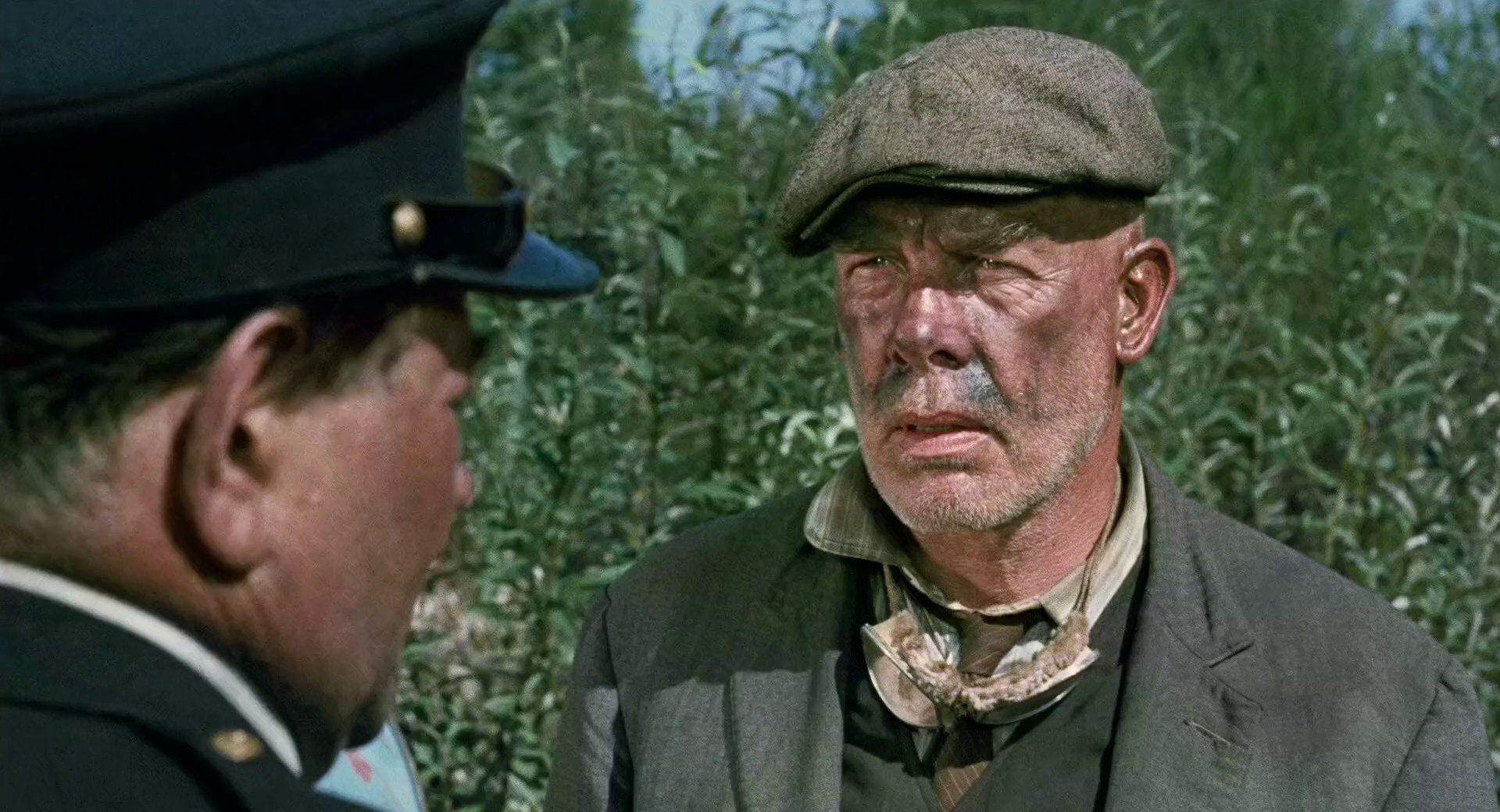 With any master of a craft, there are always up and coming rookies. In this tale, that role is filled by Cigaret (Keith Carradine) a young ‘bo who is trying to earn his own hard boiled reputation as a mean ass kicker. When he and some of his punk friends try to ambush A- No. 1 to steal his dinner (a live clucking chicken) A-No. 1 knocks them all down on their asses, growls in defiance and takes off outta there. Not to be left defeated so easy, Cigaret decides to chase after him. He spies A-No. 1 ducking into a train car, so he follows and the two rivals end up stuck inside after mean ol’ Shack locks the latch on the hatch door. The two snarl and trade verbal swipes at each other but soon end up forming an uneasy partnership after escaping. A-No. 1 can clearly see that Cigaret isn’t gonna stop tailing him so he starts teaching him how to be a real ‘bo. Cigaret slowly learns some tricks of the trade, but he’s not quite as smart as he thinks. 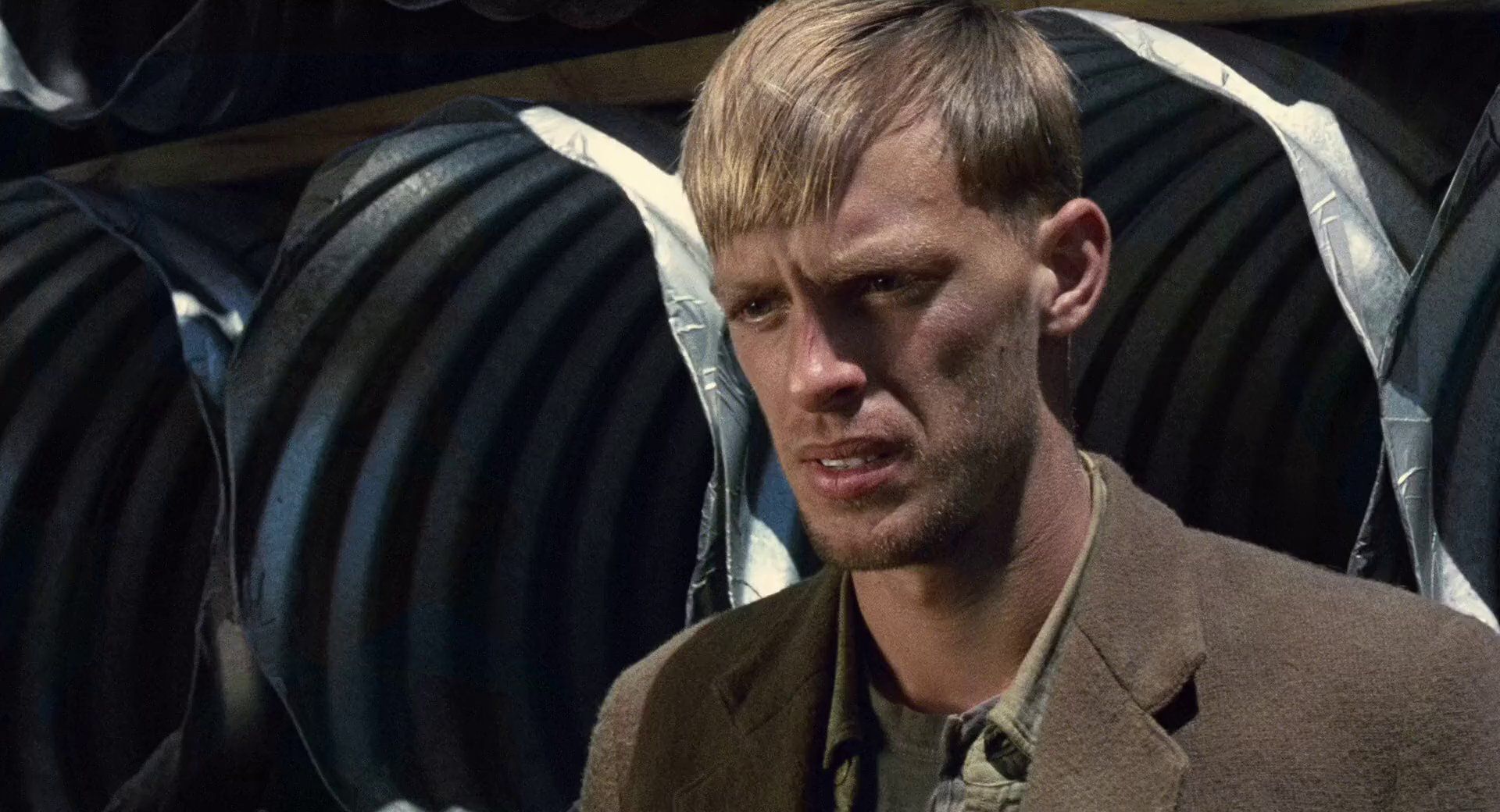 The action-adventure genre ranges from road movies to spy thrillers to men on a mission films (and many more), but the hobo sub-genre is especially unique because it’s set in a specific period in America and there’s not a lot of them. We’ve all seen films that have characters jumping on and off trains but most don’t take place entirely in the original hobo world. Emperor of The North remains my favorite of it’s kind because it really delves into the more detailed aspects of hobo life. You can almost smell the coal smoke and oily, dirt saturated clothes when you spend time with these colorful, ornery characters. They talk big, live fast, fight dirty and are always into some wild adventure or scam. Being a big Lee Marvin fan, I think he’s note perfect as the no shit taking A-No. 1 and Keith Carradine is a great foil for him. He’s got that wise-ass, high falutin’, rebellious style that contrasts with A-No.1’s silent but all business persona. While Cigaret rants and raves about what he’s gonna do and where he’s gonna go, A-No 1. just quietly listens, you know he’s seen it all.