Hollywood loves stories about Hollywood, so the idea of a film about director Alfred Hitchcock’s experience making Psycho seemed like a sure winner: a snapshot rather than a life/career overview. It works and it doesn’t. Hitchcock’s attractions lie in its pastel-colored homage, its peek at the complicated nature of relationships, and its plethora of details. Its unsurmountable challenge is the fact that Psycho, the story and its many characters, is firmly embedded in the popular psyche. 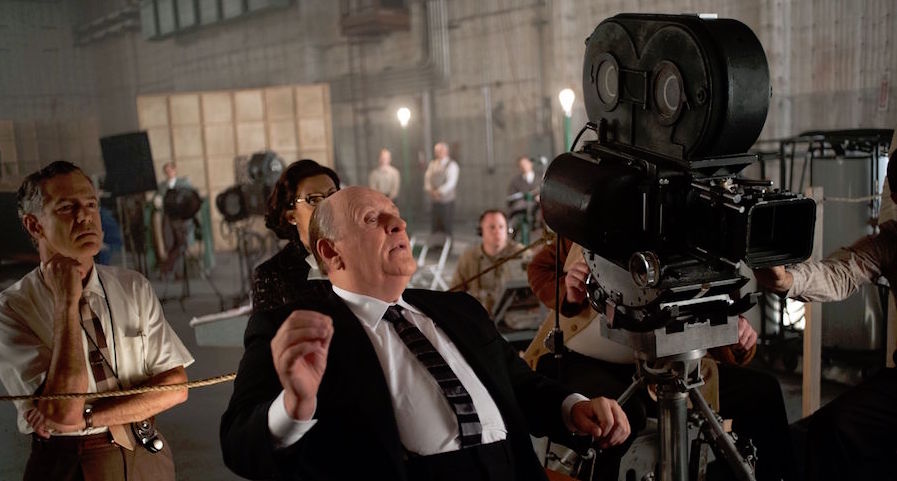 Alfred Hitchcock (Anthony Hopkins) is at a crossroads: his last film North by Northwest was a hit but now he’s sixty and has doubts about whether or not he can retain his renown as “the master of suspense.” What he needs, he informs everyone, is something “new and different.” A new book called Psycho by Ed Bloch, the story of a depraved serial killer—based on real life Wisconsin murderer Ed Gein, captures his fancy. It’s macabre, outrageous, and filled with details sure to shock his audience. Can he get it made? We know the answer of course, but it’s fun to join him on the journey.

“Hitch’s” wife is Alma (Helen Mirren), a practical, devoted woman used to taking the backseat and used to looking the other way when it comes to her husband’s romantic obsessions with his look-alike leading ladies. Mirren, like Hopkins is superb. So little is commonly known about Alma that Mirren can’t go wrong. And Hopkins, well, he’s captured Hitchcock’s essence (prosthetics abound), voice and mannerisms perfectly. 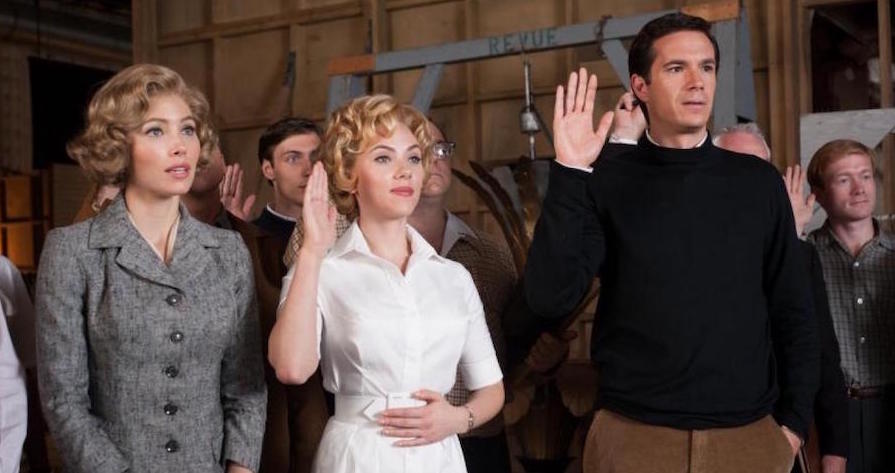 The 1959/1960 tour of Hollywood makes up for Hitchcock’s momentary lapses. Glamorous mansions, cars, beach houses, costumes, and movie premieres are marvelously presented. So is screenwriter John. J McLaughlin’s story—based on the book Alfred Hitchcock and the Making of Psycho by Stephen Rebello. The details are voluminous: when Paramount Pictures declined to finance Psycho, Hitchcock raised the money himself; it was Alma’s idea, not Hitch’s, to kill off main character Marion Crane in the very first reel of Psycho; Anthony Perkins was hired to play crazy Norman Bates, not because the director had seen any of his films, but because Hitch knew that Perkins was a closeted homosexual who, by his very nature, would have a keen awareness of pretending to be something he wasn’t. 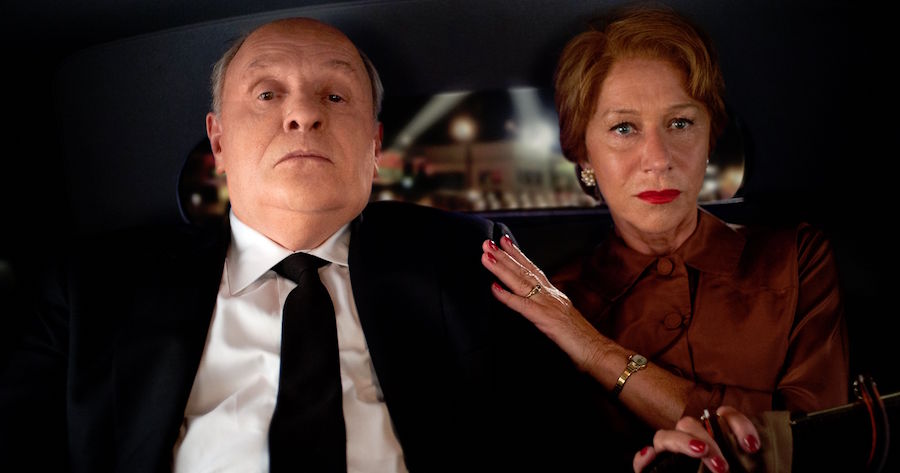 Devoid of an examination of the dark side of Alfred Hitchcock—actress Tippi (The Birds) Hedren has accused him of misogyny, sexual harassment, stalking, cruelty, abuse of power and ruining her career, Director Sacha Gervasi’s film is a suitable-for-all-family-members look at a legendary director and a game-changing film. Look for strong support from Toni Collette, Michael Wincott, James D’Arcy and Danny Houston 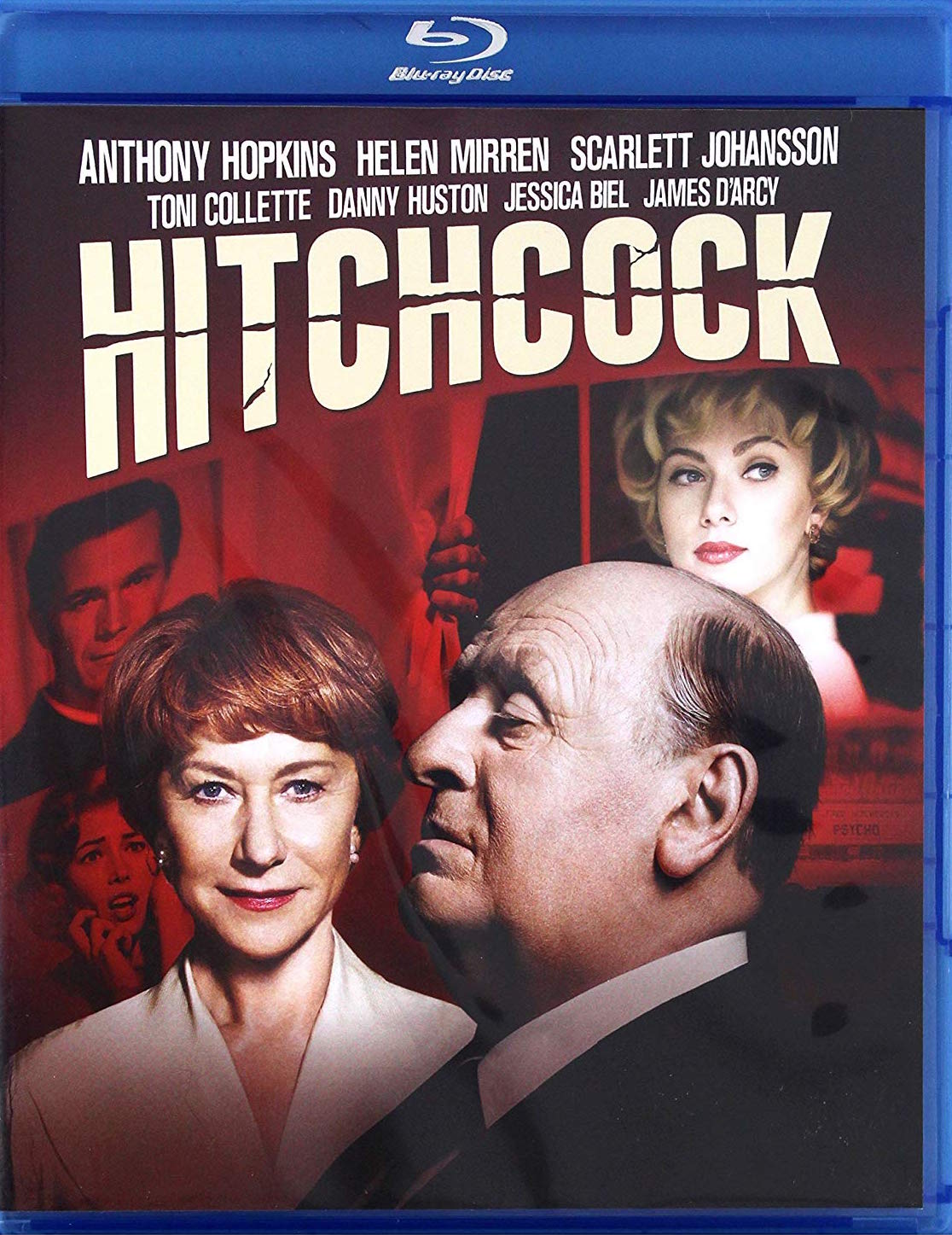