Is HIGH-RISE a modern-day Apocalypse Now? 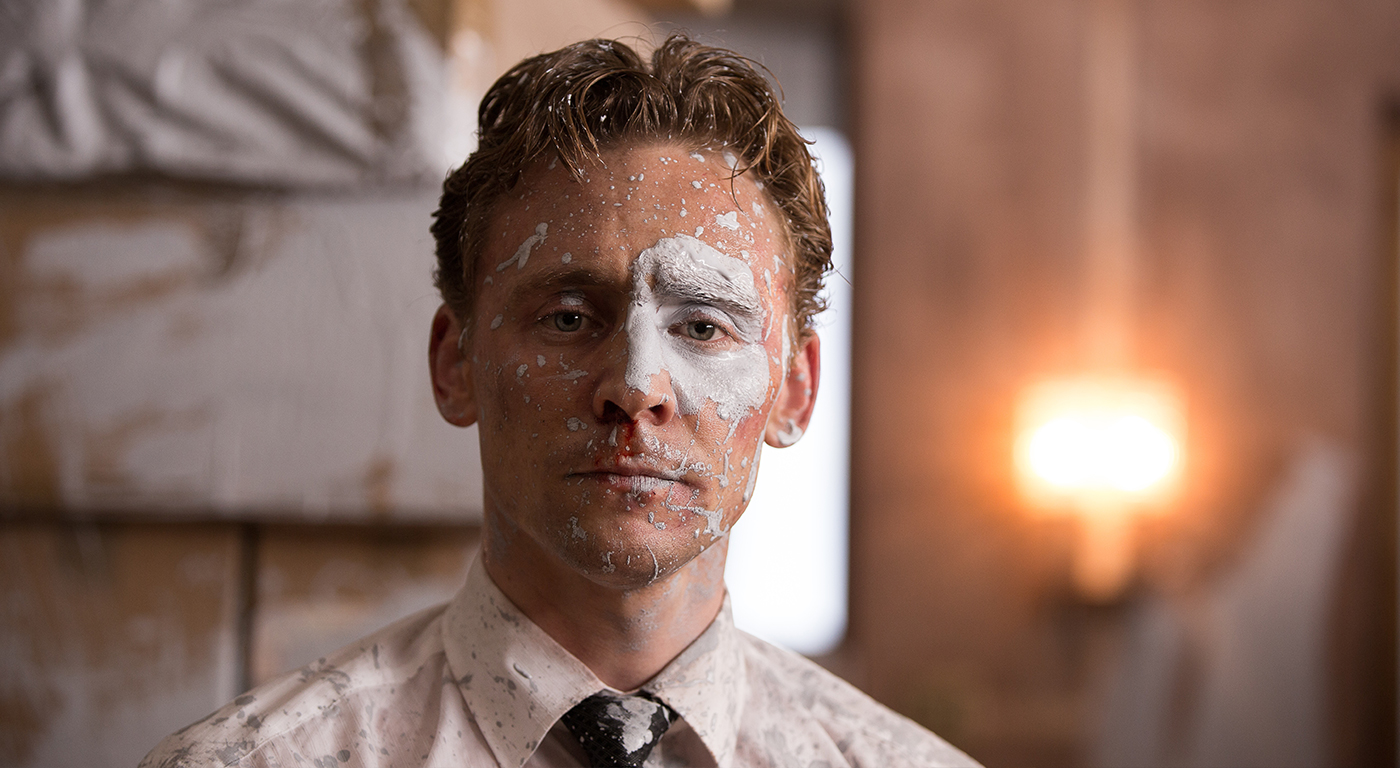 Dr. Robert Laing (Tom Hiddleston) moves into his new apartment in the 25th floor of one of five new skyscrapers in London of about 1975. They are set up so that you have all you need in life, but the further up, the more expensive. Charlotte Melville (Sienna Miller) lives one floor up from him, and is something of a party goddess of the upper middle class. Something connects her with Anthony Royal (Jeremy Irons), the architect of the high-rises and tenant of the penthouse on the top floor, venue of regular orgies of the most luxurious kind, of an upper class that despises the goings on the lower decks. There’s even an unhealthy competition in the party department. Laing starts out getting along fine with documentary filmmaker Wilder (Luke Evans), who prefers partying like a maniac to caring about his pregnant wife Helen (Elisabeth Moss). With a small power outage the building starts to slowly turn into a sky high hell….. 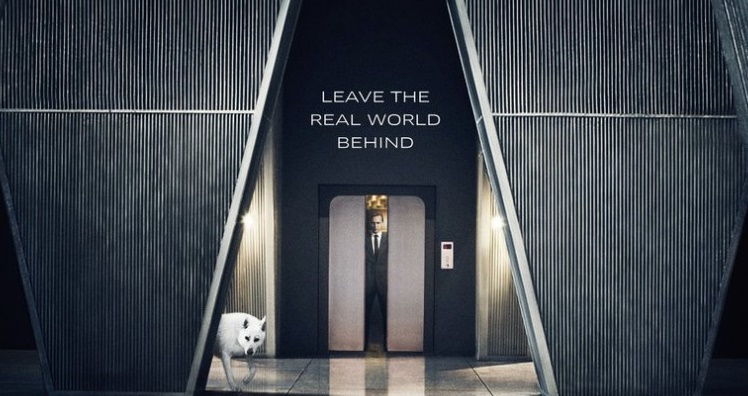 We’ve been waiting for this movie a while. The great posters and promising trailer have made me curious and let us expect a satirical and utopian movie with first class looks and an interesting cast. The result is not quite what I bargained for. In short, the movie is ten times as over the top and sinister as I would have ever dreamed of. High-Rise is almost a mix of Apocalypse Now, Ascension, Snowpiercer, Caligula, Mad Men and Brazil. Does that make any sense? I don’t know! Two days after the movie I was still troubled by it. I was definitely impressed by the work that went into this, from the amazing set pieces to the exciting costumes and the cool soundtrack. Director Ben Wheatley (Kill List) really went the whole nine and delivered a calm, yet increasingly bizarre trip of a film, that will split audiences. The artistic qualities are beyond doubt, and it is a pleasure to dive into the krass world of High-Rise, to try and understand the dynamics, and to hold on to something that might resemble hope in an alternate outcome where shit wouldn’t have hit the fan.

You will feel a little bit like architect Royal. Unfortunately High-Rise ends up drowning in excess and absurdity, and succumbs to its own parallel world, because there is no conclusion in this film, no happy end, the climax that Wheatley works towards passes by the audience. Probably the only weak point in the film, but a grave one. In Apocalypse Now, Willard is able to (depending on the version you love) kill off Colonel Kurtz, but Laing is no Willard, his role is unclear, his motivation vague, you cannot identify with the guy… so the movie has a lot more of Terry Gilliam‘s 12 Monkeys or a David Lynch film, a very unsatisfying film, that disturbs you deeply but at the same time it will mesmerize and woo, it entertains very well and jumps at you. A mind fuck of a special kind.

You can get the novel by James G. Ballard that it is based on here at Amazon. I saw High-Rise a few weeks back at a festival. It hits German theaters June 30. In the US it is about to enter streaming sites (or already has), same with the UK. The movie has not received a wide release in any country to my knowledge.

Go see it! Here is the trailer, once more:

Based on my Nischenkino review