In Ulu Grossbard’s crime film/character study Straight Time (1978) Dustin Hoffman stars as Max Dembo a career criminal who is newly released from prison. Max tries to stay on the straight and narrow, he even starts a relationship with a woman (Theresa Russell) he meets at an unemployment office but when his sadistic parole officer Earl Frank (M. Emmett Walsh) finds some traces of drug use left by his friend Willy (Gary Busey) while making his weekly visit, Max is thrown back in jail. When Max is released again he snaps, beats up Frank, steals his car and goes back to a life as a professional criminal. Max is good at what he does but he almost seems to have a compulsion to commit crimes and get caught, which makes the character even more complicated. The supporting cast features notable actors Kathy Bates (Misery) and Harry Dean Stanton (Alien). 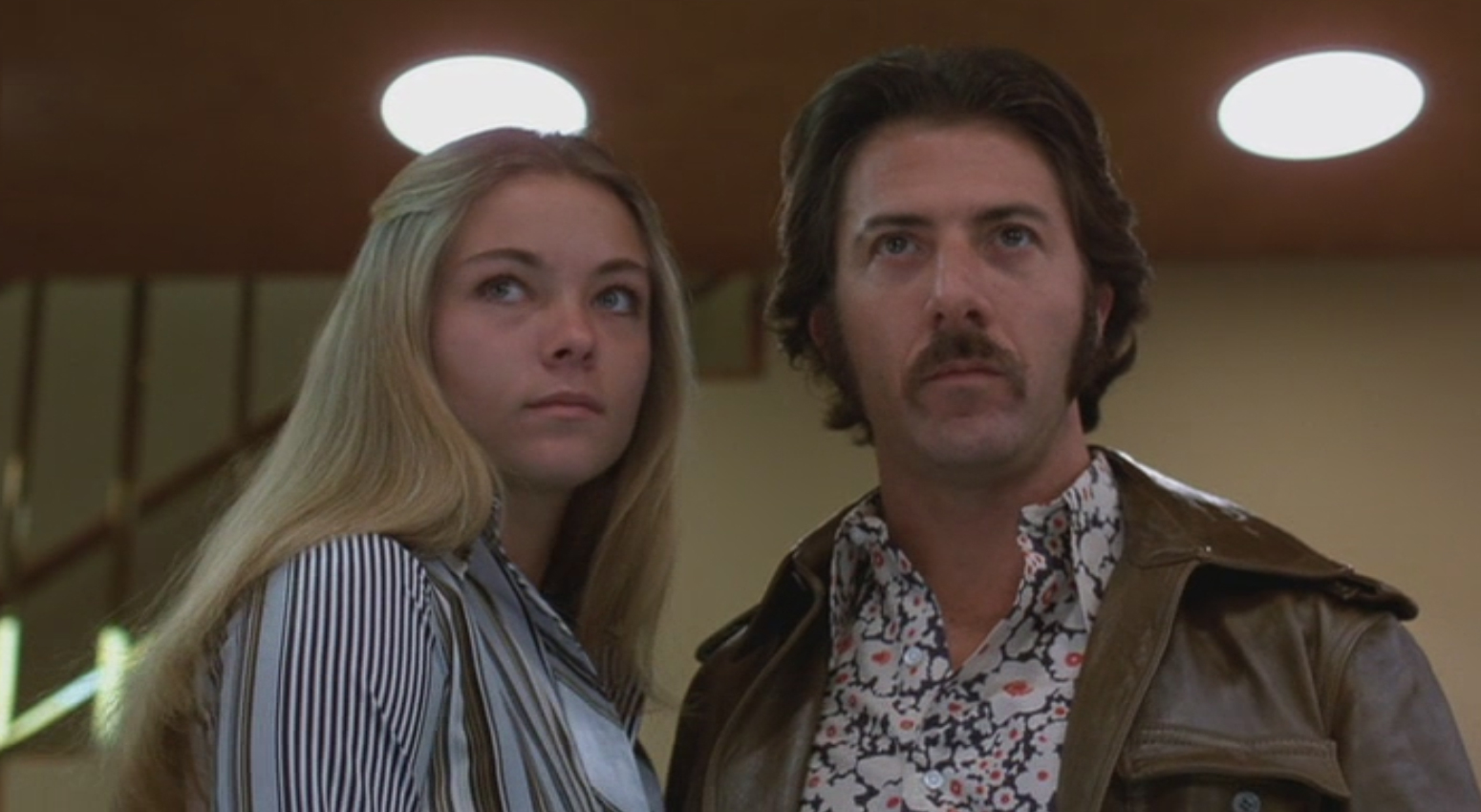 The reason Straight Time feels especially authentic, like a semi-documentary, is because screenwriter Eddie Bunker (who makes a cameo as one of Max’s old buddies) was a criminal himself and knew all about the people who inhabited the underworld. Younger film fans will know him best as Mr. Blue in Writer-Director Quentin Tarantino‘s Reservoir Dogs. The amazing script, along with Dustin Hoffman’s brilliant portrayal of the reckless, desperate Max (one of his most underrated performances in my opinion) make this late 70’s crime film a real treasure. It’s one of my all time favorite movies as well. NOTE: Look for an early appearance by Gary Busey’s son Jake (Starship Troopers).