Film Noir Classics: I WAS A COMMUNIST FOR THE F.B.I.

The 1950’s to the 80’s was a period of time when the Cold War was happening. There was a lot of paranoia back then about being taken over by Communists and nuclear war. At the height of its “popularity”, the government was using the media to convince people that commies were coming and they were a huge threat. From Sci-Fi movies like Invaders From Mars to dramas like My Son John (which I’m dying to see since the plot sounds hilarious), there were lots of films that tried to expose the dangers of Communism. There’s one that totally stands out due to its title. It’s “I Was A Communist For The FBI” (1951). How many films tell you the basic plot right in the title? Supposedly, the film is based on a real story by Matt Cvetic, an ex-FBI spy who became famous at the time since his story was serialized in magazines and on the radio. Despite its claim that this is a film-noir, I find it to be more of a melodrama. Why? Let’s find out! 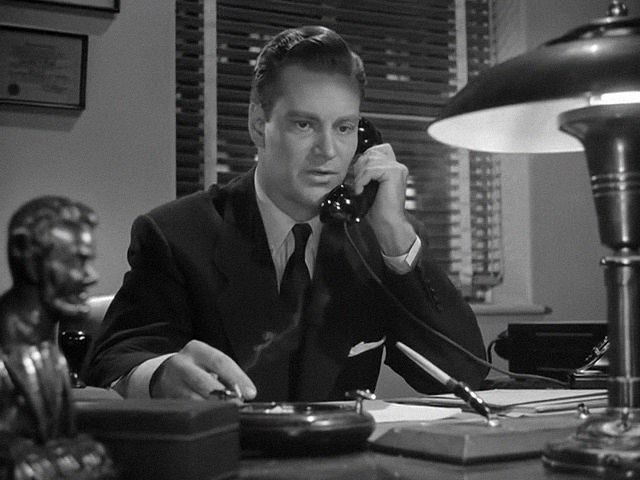 The plot concerns Matt Cvetic, our hero, who works in the personel department at a local steel mill in Pittsburgh and his mission is to stop Commies. He realizes that a Communist agent named Gerhardt has just arrived in town and has a meeting with his evil gang. Therefore, Matt has to infiltrate the organization and report everything he knows to the FBI. It sounds like an exciting job until we learn that his family and friends have turned against him. They hate him because they think he’s a real commie and since it’s an undercover job he has to hide it from everybody. As time goes by, everything gets worse. His son is bullied by his schoolmates and his brother punches him in front of some people. Also, the evil plan of the Communists just gets more violent. Can Matt stand the job? Will the country be conquered by those goddamn Russkies?

Of course not. It has a happy ending. Now, if you’ve read any of my previous reviews, you may realize that I always try not to spoil the plot since it may ruin your experience in watching it. Hell, I even avoided telling you what happens at the end of Soylent Green no matter how much pop culture has already made fun of it. However, I revealed the ending of I Was A Communist For The FBI since it’s a product of its time. It was when the Communists infiltrated everything (at least that’s what they said back then) and commie sympathizers could be thrown in jail because of McCarthyism, so there’s no way they wrote a pro-Russian script here, unless it was in a subversive way. And speaking of Russians, here are the plans to take over America according to this film… 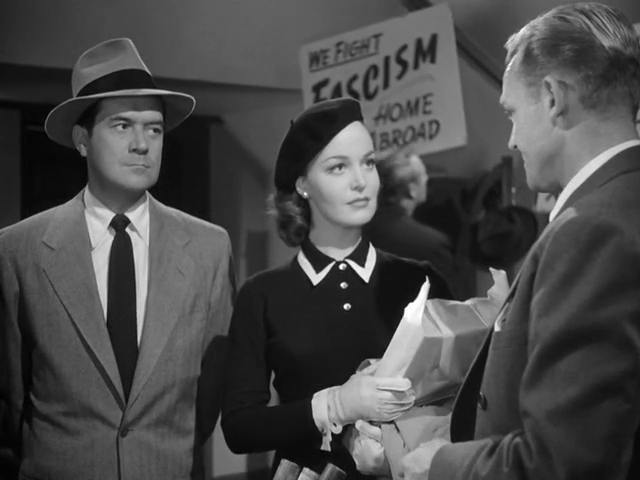 1) Infiltrate everything: From businesses to schools, they go everywhere to spread their beliefs and brainwash people. 2) Incite racial violence: The commie gang makes a speech in front of black people and tries to stir up conflict between them and white people. According to their words, this is a “divide and conquer” tactic. (Actually, they are racist. After the speech, they even say that “those n*ggers ate it up, didn’t they?”) 3) Lobby the union: Since Gerhardt says that although Pittsburgh has successful businesses, the town is too quiet and peaceful. He creates more chaos by lobbying the union of steel workers to protest. Not only do they create signs so protesters can picket, but they also build-up the violence by giving the protesters lead pipes that have Jewish newspapers wrapped around them. This probably links to the above plan to divide people as well. 4) Injure a non-follower: There’s a scene in which factory worker gets hurt. At first, it looks like an accident, but it’s revealed that the guy doesn’t carry a Communist party card and therefore he is replaced by the one who does. 5) Spread the fear and demoralize Americans to weaken the strength. 6) Wait for Stalin to say something. 7) Take over America!

Now, before you compare it to any particular political movement or person, I have a question about their motive here. Why do they want chaos instead of convincing people to believe them or, ironically, use mass hysteria? Infiltration is one thing, but what’s the point of divide and conquer? I’ve read The Communist Manifesto years ago and they say that they try to divide people into “rich” and “poor” in order to create a revolution. Here, they divide people based on their race and beliefs. They do it to control people and easily kill a group of citizens that doesn’t follow commie rules? Probably. Now I have to tell you why I consider it to be a melodrama instead of Crime/Noir. 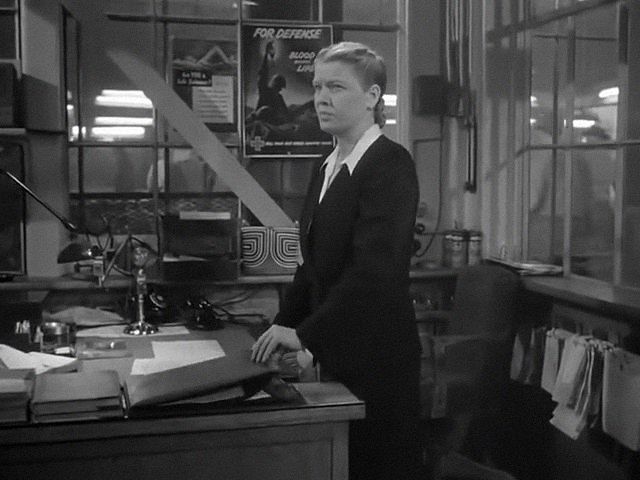 The film focuses on both Matt’s mission and his private life. On the private side, it shows the repetition of Matt’s miserable life. We understand that it’s supposed to make the audience sympathize with him, but the script isn’t strong enough and it gets annoying instead. We have no idea why the townspeople think Matt is a Communist. Does he brag about it? Does he have behavior that’s different from patriotic Americans? We never know. The film starts when the whole town is suspicious of him already.

By the way, there’s a subplot about a teacher in his son’s school who appears to be a communist. She says that “I came here because I thought you were lonely…I’m lonely too”. She’s supposed to be the femme fatale of the film, but why should we need her since Matt already has a bad reputation from his job. Later on, after she sees violence at the union protest and decides to quit the party. Now, if you are a party member, would you kill her right at the meeting to make sure no secrets will be leaked…or would you let her go away for a while before you start chasing her? The film picks the latter, which is kind of ridiculous. I think the most ridiculous thing about this film is the fact that our hero uses his real name to infiltrate a Communist organization. Why? Usually, spies use fake names and create a false identity so nobody can catch them. But here, he risks his life by using his real identity. What would happen if he failed and the crooks held his family for ransom or something like that? 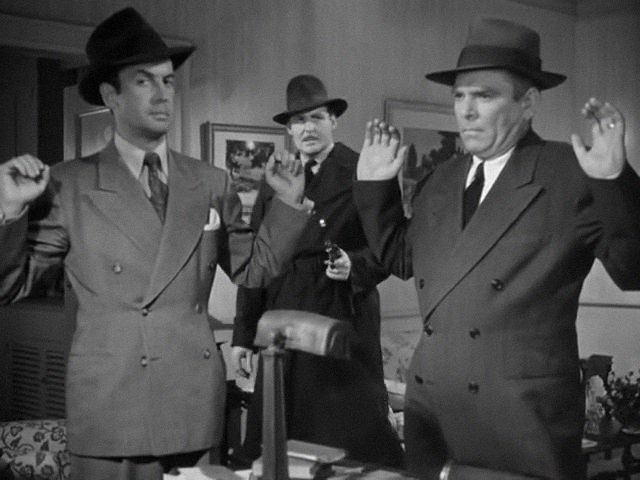 Regardless of its shortcomings, this is an interesting film for people who want to study the Red Scare era. For its entertainment or enjoyment aspect, it’s not that memorable. I’d pick Chuck Norris’ Invasion USA if you want to watch a kickass action filled anti-Commie flick. Trivia: The film was nominated for an Oscar in Documentary category. I’m not kidding.