The 1970s was an incredible decade for cinema. One of my personal favorite films from that era is Don Siegel’s crime thriller Charley Varrick. Story has it Siegel’s pal Clint Eastwood was originally supposed to star in the film, but the part ended up going to the late great Walter Matthau instead. Siegel’s earlier crime classics like The Killers (1964), Coogan’s Bluff (1968) and Dirty Harry (1971) were all excellent but Charley Varrick had a different feel due in large part to Matthau’s incredibly charismatic and sharp performance. 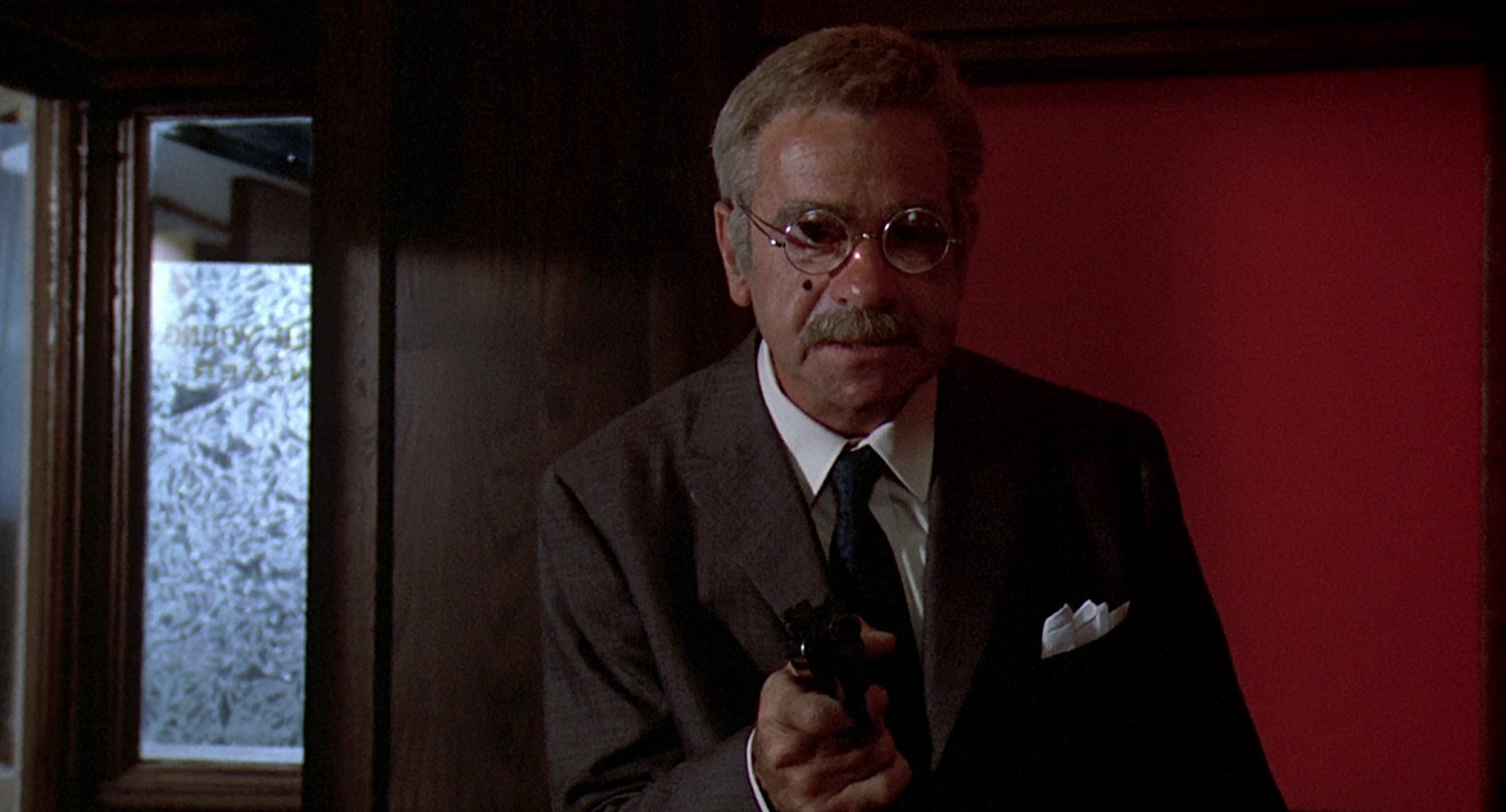 The film is set in New Mexico, where Varrick (an ex-stunt plane flyer) is now working as an independent crop duster. To make some extra money, he and his wife Nadine (Jacqueline Scott) hold up banks. After all, who would suspect a cropduster to be a bank robber? At the opening of the film, Charley, Nadine and their partner Harman (Andy Robinson) hold up a bank in town. Things begin to go wrong when a couple of local cops arrive and notice that Charley’s car license plate number looks familiar. Charley enters the bank in disguise and holds the place up while Nadine waits outside. The cops find out their car is indeed stolen and they circle back and watch Nadine. She knows somethings up and when the cop approaches slowly to arrest her, she gets the drop on him and shoots him point blank in the head. The other cop fires off a shot and Charley and Harman split, leaving their fourth member dead inside. Nadine floors it, and barely makes it out of the town after driving straight into an oncoming cop car. 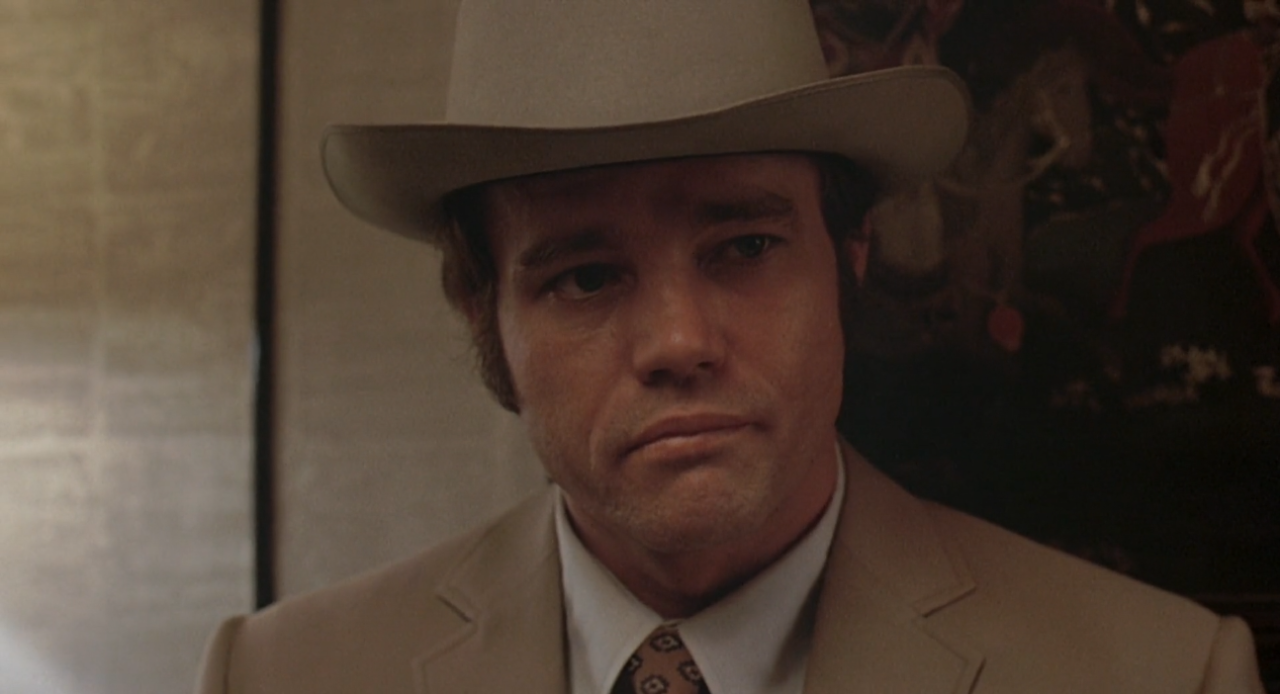 When they get to their rendezvous point, they can see Nadine is dying from being shot in the hip. Charley and Harman set up an explosive charge to destroy the stolen car with Nadine in it. Charley then takes the wedding ring from Nadine’s hand, gives her one last gentle kiss and they load up the bag of money in Charley’s crop dusting van. As they drive along a cop car roars past, then turns around and stops them. Charley and Harman are nervous, but soon the explosions they set earlier go off in the distance and the cop has to leave. Charley and Harman get back to his home (a trailer) and the two check out the money and find they’ve scored big time. Later on, the local news explains there was a bank robbery, but claim the robbers got away with $20,000. Charley knows something is wrong because they counted out almost a million in cash. Charley quickly puts together that the money they stole is actually mob owned and the bank was a drop spot. Harman doesn’t care, but Charley knows they’ll have to lay low and not spend any of the money for at least 2 or 3 years. Harman gets completely pissed and tells Charley no chicken shit is gonna stop him from spending his fortune. Charley decides to let Harman make the call on their next move. He decides to load up Charley’s plane and fly out of Las Cruces to a safe place where they won’t be found. As much as Charley doesn’t want to do this, he knows it may be his only chance of escaping. 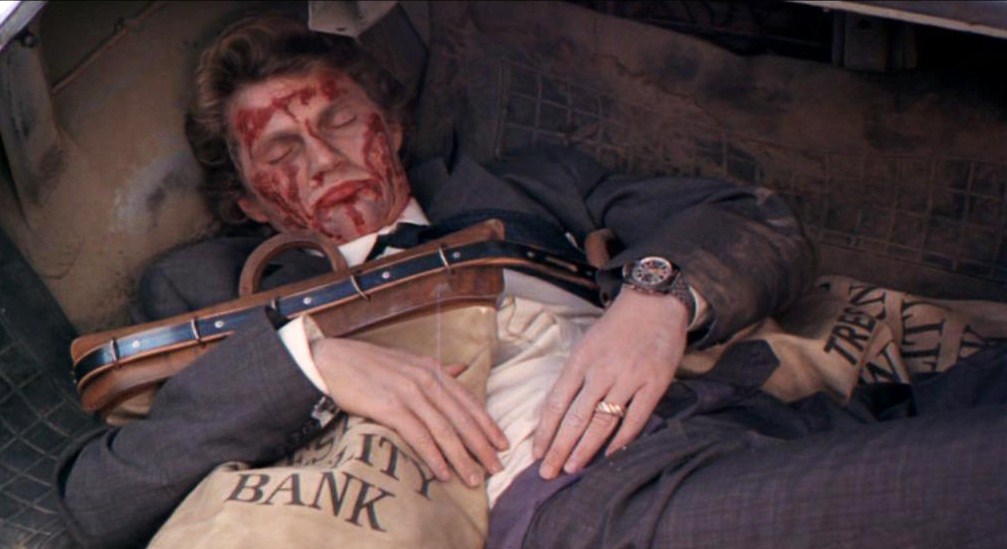 Things begin to get really messy when the mob sends an eccentric hitman named Molly (Joe Don Baker) to the area to find out who stole the money. Joe Don Baker is so excellent in this film, its one of my personal favorite performances by him.

I love the opening credits sequence of the film, it has a totally different feel than one you’d expect for a crime thriller from this time. Watch for an insert title shot that actually comes much later in the film.

If you want a fast paced, crackerjack 70s crime film, Charley Varrick is a must see!