Like many married men, Monty doesn’t get along with his mother-in-law Mrs. Monahan (Geraldine Fitzgerald), who happens to be the owner of a large department store. One night while in bed, Monty gets a phone call telling him and his wife Rose (Candy Azzara) that her mother has died in a plane crash. At the reading of the will, they find out that she has left Rose and Monty the ownership of Monahan’s Department Store and her estate…ONLY if Monty can lose a large amount of weight by a certain deadline. Monty must give up the things he loves most in life: eating, drinking and smoking. 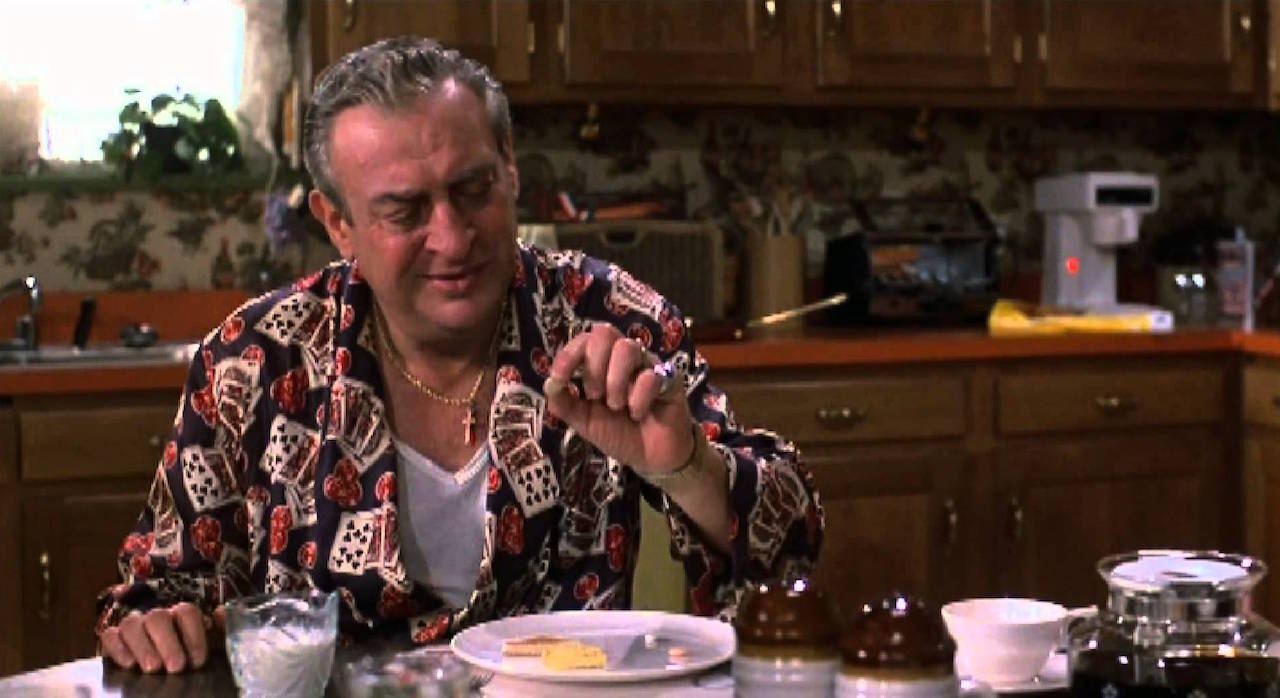 Monty’s family and friends all convince him to accept the challenge and try to get the money. Monty must also contend with his wife’s cousin Clive (Jeffrey Jones) a conniving snob who will get the Monahan estate if Monty breaks the rules and throughout the film he does his best to drive Monty back into his life of vice and debauchery. Meanwhile, Monty’s cute daughter Allison (Jennifer Jason Leigh) has fallen in love with a Latin schlub named Julio (Taylor Negron) and their relationship adds another hilarious layer to an already hysterical scenario. Easy Money is an early 80s comedy we love here at FC.

Note: The main title theme is a funky song sung by the “Piano Man” himself, Billy Joel.