DESIERTO is a most gruesome manhunt

Desierto is a minimalist survival thriller by Jonás Cuarón, the promising son of Alfonso Cuarón (Gravity), who produced the film. With Gael García Bernal (Y Tú Mama También) and Jeffrey Dean Morgan (The Salvation) in the lead, this grim nail-biter knows how to convince, as we could witness a few weeks back.

Somewhere along the US-Mexican border, a smuggler’s truck breaks down, forcing a group of illegals to cross the desert on foot to reach United States soil by crossing the border candidly. Some of these poor souls, among them Moises (Bernal), including their coyote – as the smugglers are called – Lobo (Marco Perez), fall a bit behind and try to catch up to the main group. The other group is still within view, as the laggards bear witness to a gruesome incident. An armed racist (Morgan) opens fire on the group. From now on, they are all running, no longer just from whatever situation it was that made them leave their home for a better place, but from armed xenophobic scum, his truck and bloodhound. Eventually, Moises needs to take care of young Adela (Alondra Higalgo) and fight for his life. It becomes a life or death hunt in a desert that has as little mercy on its trespassers as the scum who started it….

Jonás Cuarón shows here what he’s made of. While his father Alfonso has raised eyebrows in the film community with his minimalist space opera Gravity, or the gripping dystopia of Children of Men, his son dedicates his only second motion picture with the aptly titled Desierto to a grave and topical political and human issue. Taking the place of the silent – but beautiful and deadly – space, is the – just as beautiful and deadly – desert covering the area between the United States of America and the (you don’t read that often, but it’s a fact) United Mexican States (formerly most of which geographically part of Mexico).

In the context of the current election and the rise of stupid xenophobic sentiments, Cuarón tries to strike a human note. His film is political only at second sight and tries to avoid becoming melodramatic. It’s more of a true genre picture, because Desierto is a classic manhunt and survival thriller with some horror elements, little dialogue, some gruesome splatter moments and a sizeable dose of despicable racism. The movie exposes or juxtaposes the sublime stance of a lot of self-appointed xenophobes guarding the border, be they armed local civilians, organized minutemen or – to blatantly generalize for a second here – your average NRA hillbilly or Trump-supporter. The movie illustrates the harrowing, immediate effects of a political discourse that has shed any human dimension. The deplorable executions by Jeffrey Dean Morgan‘s nameless vigilante is a form of warning: this is what we’re enabling with the way the political debate is heading. 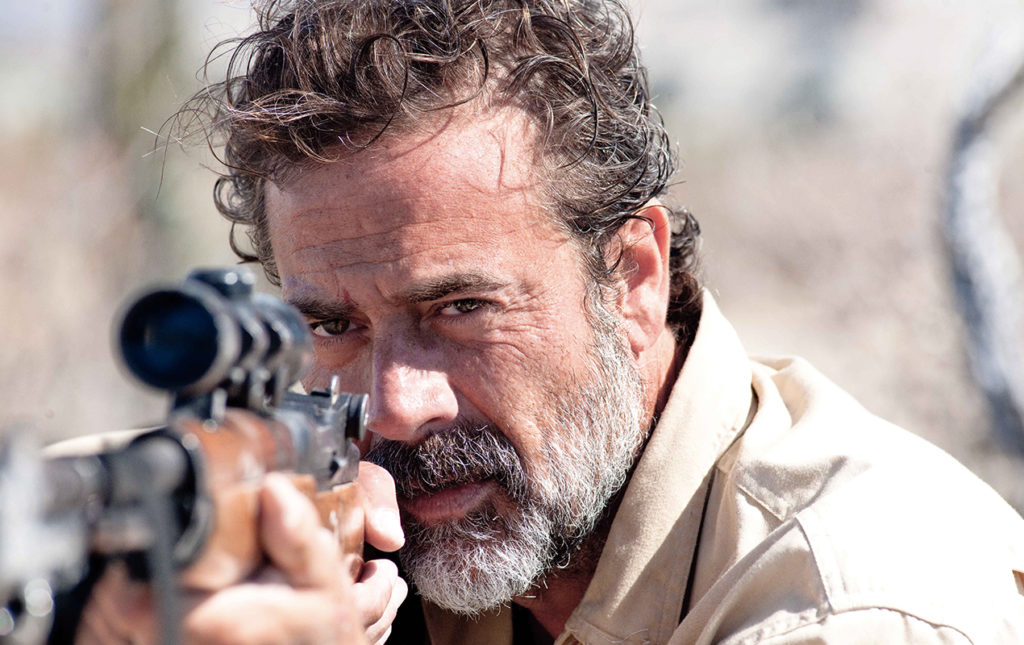 At the same time, Desierto is a beautiful film full of nature and emotional adventure. Cuarón does not forget, despite the bitter issues, that cinema is there to entertain. This is what makes a genre movie. Thus Desierto offers not only quiet moments, good acting and a thundering musical score, but also horrific moments in which you’ll grab your armrest, scenes where you’d want to look away, but also rewarding moments and relief, sometimes even a dose of humor. Gael Garcia Bernal, whose involvement I am sure made the movie even possible, performs admirably and humbly a protagonist who, even though ending up a tragic hero, only gradually gives in to his role as a helper. This too is a nice detail of the film, where stereotypes are written large (often critizised, but I think done on purpose), but not simple black and white. Not all immigrants are angels, and even killers have emotions. Even though it is never made explicit, land, alcohol and pets are things, the killer is clinging to. In the end it even becomes clear, that he hates the desert and wants to get the hell out. An almost underused opportunity of the writers to further explore the origins of his hate. 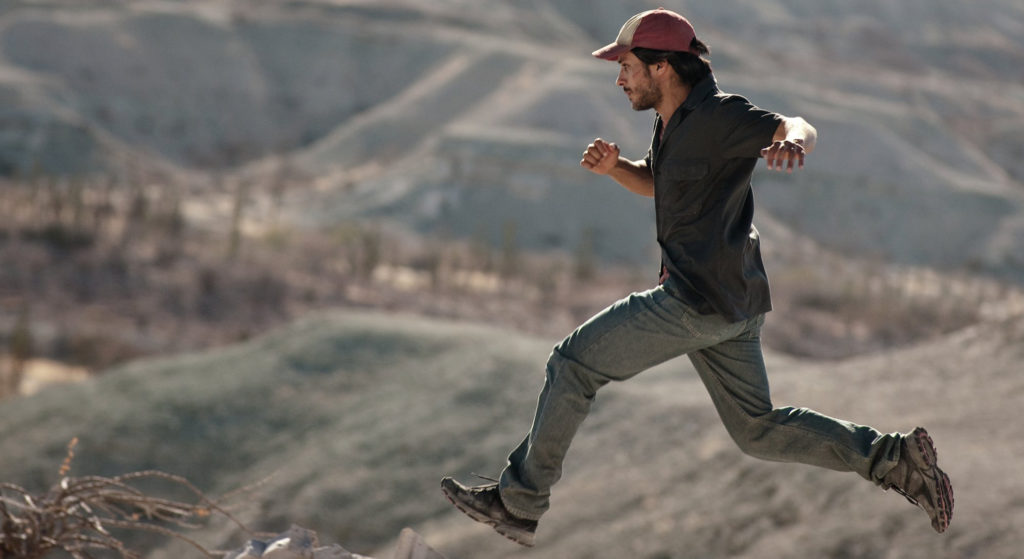 All in all, Desierto kept me thinking for quite a while, it entertained a lot and left its mark. It’s a positively well produced genre flick that doesn’t afford itself major slip ups and keeps its focus. It’s awesome craftsmanship, with tons of details, a knack for shocking the viewer, entertainment all the way through and lots of thrill and food for thought. All that without sliding from genre film into pseudo-intellectual arthouse cinema or becoming overly political. This makes the movie a niche product and earns my two thumbs up.

Desierto opens in the US on October 14