Dark of The Sun

The visceral cinematic explosion begins as soon as the blistering, psychedelic opening credits roll in this 60s classic. Director Jack Cardiff was previously a cinematographer for Michael Powell and Emmerich Pressburger and worked on the films The Red Shoes and The Black Narcissus among others. Cardiff created some of the most incredibly vibrant and stunning use of colors ever put onscreen, a visual audacity that he brought with him for this magnificent work of cinema.

Dark of The Sun is not your typical Men On A Mission subgenre war film, in fact it doesn’t take place during any World Wars. The story is set in Africa during the time it was actually shot. A group of professional mercenaries led by Capt. Bruce Curry (Rod Taylor) and his friend Ruffo (Jim Brown) are sent to retrieve a large sum of diamonds as well as a group of refugees somewhere in the Congo. The group board a train which will take them towards their destination. During the trip, Curry must keep things together and contend with a deranged German officer named Henlein (Peter Carsten). When a young beauty named Claire (Yvette Mimeux) gets thrown into the situation, the personal war between Curry and Henlein starts a wave of deception and death. 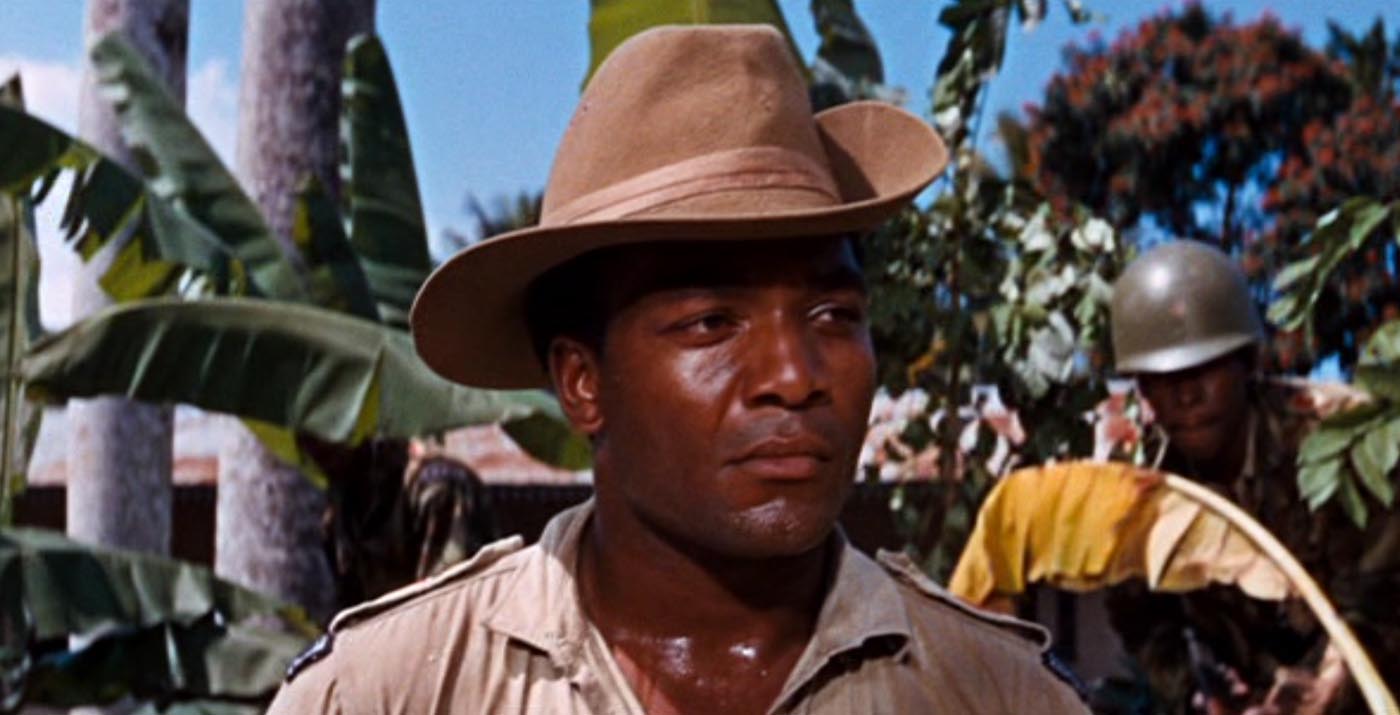 Dark of The Sun is one of the most intense and adrenaline charged films I’ve ever witnessed. Cardiff’s direction is spectacular, whether he’s using wild rear projection sequences or shooting a live action fight or chase scene. The dialogue is excellent, its both solid and realistic. Each shot is set up with an eye not only to bring out the excitement but the artistic aspects. Its both a wild trip and a morality tale where the characters are not portrayed in simple black and white. These people are thrown into a hellish situation which tests their honor and humane limits. The ending of the film is simply a whirlwind of cinematic bliss. If you want cinema storytelling at its best and most expressive, Dark of The Sun is one of those experiences. This is a film that fans of adventure films will certainly not want to miss!!

Buy Dark of The Sun on BluRay