“Sometimes you gotta go for it”

Ridley Scott’s 1989 Hollywood Yakuza film Black Rain is one of his best and one of my favorite films of the late 80s. The films story involves an insane Yakuza boss named Sato who is trying to get his hands on two money printing platelets which when combined hold an immense fortune for the owner. Sato kills 2 rivals in a local New York restaraunt where Detective Nick Conklin (Michael Douglas) and his partner Charlie Vincent (Andy Garcia) witness the murders and proceed to chase Sato into local a meat market where they corner him and arrest him after a quick fight. Nick and Charlie are ordered to take Sato back to Japan and deliver him to the Osaka police.

When they arrive to deliver him into custody, Sato’s men disguise themselves as policemen and Sato slips right through their fingers. Knowing they have to redeem themselves, Nick and Charlie stay in Japan and try to help bring Sato to justice along with their new Japanese police contact, Matsumoto (Ken Takakura). Nick’s abrasive, loud “fuck it” New York attitude clashes with Matsumoto’s quiet, calm Japanese sensibilities while Charlie acts as a mediator. There’s some great scenes between them. Look for a fun sequence where Charlie and Matsumoto sing Ray Charles’ “What I Say” together in a Karaoke bar. Kate Capshaw (aka Mrs. Steven Spielberg) plays a sexy bar hostess in the film and she’s great as Nick’s potential love interest.

After Charlie is senselessly murdered by Sato, Nick’s resolve becomes even more deeply personal and he vows to get Sato at any cost. Nick uses Sato’s own status as a hated Yakuza figure against him and offers Sato’s enemy his help to bring Sato down all the while trying to stay on the right side of the law. Matsumoto’s own strong code of honor is a main inspiration for Nick, whose past dirty dealings on the force have cast a dark shadow on his own honor. Matsumoto becomes Nick’s new partner and together they help each other while learning each others cultures.

Ridley Scott’s direction in the film is excellent and the look of the film is clearly reminiscent of his 1982 cult classic Blade Runner, especially in the cinematography and the bright, futuristic atmosphere that is Tokyo. Matsumoto himself even dresses a lot like Rick Deckard (Harrison Ford) right down to the haircut and style of jacket he wears. Black Rain was never really seen as a big hit, but I think that its a highly underrated film that features great direction, dialogue and acting. 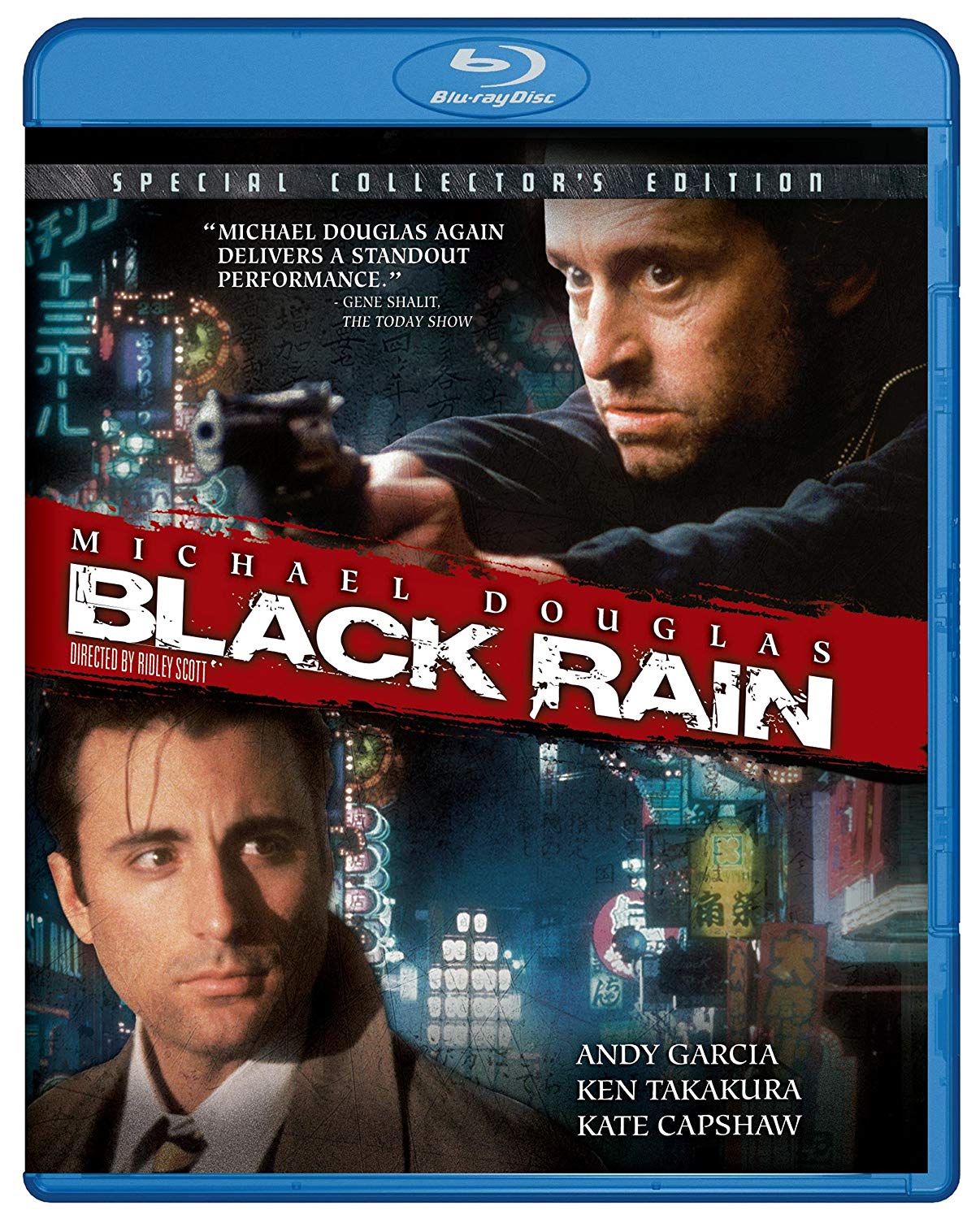