10 years after working together on the crime classic Scarface (1983), Brian DePalma and Al Pacino reunited for another crime film/character study called Carlito’s Way (1993). Where Scarface ended, Carlito’s Way begins. The main difference between the characters of Tony Montana and Carlito Brigante is the attitude the characters have towards their lives. Tony Montana wanted the world and he wanted it fast. Well, he got it and his incredible greed and addictions killed him. Carlito Brigante has been to the top and he’s been to the bottom, now all he wants to do is live a quiet life and get away from all the things that influenced him to travel him down the wrong paths in life.

We join Carlito after a five year stint in jail. His lawyer David Kleinfeld (Sean Penn) is his savior. Carlito rants and raves in the court room to the judge about how he plans on leading a new life in a different location. After leaving the courthouse, Carlito is truly overjoyed and looking forward to becoming a new and improved man. He and Dave go out on the town to celebrate and Carlito tells Dave how much he owes him for saving his life. Then he explains to Dave what he plans on doing for the future. He wants to rent cars in the Carribean. Dave laughs at this because he only sees Carlito as a lifetime criminal who won’t change his ways, but Carlito is sincere, he knows he has to get out of the life that keeps bringing him back down.

Carlito goes back to his old barrio in Spanish Harlem for one last time to see his old friends and family. This is where he grew up and it’s where his criminal roots are as well. We meet Pachanga (Luis Guzman) one of Carlito’s old friends and Carlito then goes to see an old partner in the drug business Rolondo Rimas (Trivia: played by the same actor who played the Colombian drug dealer Pacino kills in Scarface). Rolondo praises Carlito for not giving up his name to the police to save himself, Carlito tells Rolondo that he doesn’t want anything from him, he just wants to stay clean. Rolondo is as skeptical as everyone else is. This is something new for a gangster to admit. He wants to stay clean and live a normal life.

Carlito’s young cousin Guajiro (John Ortiz) picks him up and as they are driving through the streets, he tells Carlito hes now working for Pablo Cabrales, a new drug dealer on the scene. He has $35,000 to drop off to a connection and he wants Carlito to go along with him. We can see Carlito is disappointed that his cousin is into the criminal life, but he agrees to go with him. Nothing bad can happen right? When Carlito and Guajiro get to the destination, we see it’s a bar hidden behind a barber shop. The man Guajiro is meeting is introduced to Carlito and he tells him he’s heard of him. Then he tells Carlito that he and Guajiro have to do some business. Carlito gets a bad vibe from the connection and we feel it too.

Carlito decides to go into the club business to make the quick $75,000 he needs to retire for good, so he goes to see Sasso (Jorge Porcel), an old acquaintance he knows needs the help with the Club El Paraiso (translated means ‘Paradise’ in Spanish). Carlito convinces Sasso that he’s going to advance him some money so his gambling debts are settled. An up and coming figure on the drug dealing scene is Benny Blanco (John Leguizamo), a small time thug whom idolizes Carlito because of his legendary drug business. Benny Blanco tells Carlito that Sasso owes him money, so he shouldn’t be charged at the club, but Carlito makes it clear, its his club now, so everybody pays, including old Benny. Benny tells him no problem and tries to show hes something special but he is just a two bit punk and Carlito isn’t impressed by him at all. Benny is in effect, a young version of Carlito, a brash, egotistical loudmouth, but Carlito denies that Benny is anything like he used to be.

As the film progresses Carlito is haunted by the sins of his youth. In every character Carlito knows, theres some hidden agenda, including an appearance by Viggo Mortensen (Lord Of The Rings Trilogy) as one of Carlito’s old friends who tries to set him up by wearing a hidden wire to save himself from a 30 year jail term. The only pure thing Carlito has left is his lost love Gail (Penelope Ann Miller). Carlito reunites with Gail after several years and shes surprised to see him. Things are rocky between them, but Carlito is honest with Gail and she can see he’s trying to change his ways.

Carlito also has to deal with Dave Kleinfeld’s problems because Dave has become a big hotshot lawyer since the old days. It seems that Dave has been dealing with a lot of bad elements. Vinnie Taglialucci (Joseph Siravo) who he represents is one of these mob connections Dave has. At a meeting at the Rikers Island Prison Barge, we find out that Dave has most likely stolen a million dollars from Vinnie and is now on his hit list IF he doesn’t agree to break him out of jail by picking him up on his yacht on a certain night. Dave is scared shitless, and the only person he trusts to help him to do this is Carlito. Carlito agrees to help him because he cares about Dave, little does he know Dave is truly corrupted and can’t be helped at this point. By helping Dave he will only further put himself in harms way. Carlito tells himself over and over “hes not the guy he used to be”, but old habits are hard to break. Sean Penn particularly gives a brilliant performance as Kleinfeld. For his role he donned a curly wig and glasses making him look more scholarly. It really added a nice weaselly aspect to the character.

Carlito’s Way features so many memorable sequences and specific shots that inform the characters and give the film an exhilarating dynamic. The way DePalma constructs the movements of the characters and the elaborate set pieces is a real lesson in great film direction. DePalma doesn’t merely record his scenes and actors, he uses the camera as a brush and the big silver screen is his canvas. DePalma breathes new life into the art form and it’s brilliant stuff. Carlito’s Way is a masterfully directed and acted film with great music and cinematography. The breathtaking ending of the film will surely have viewers sitting on the edge of their seats. 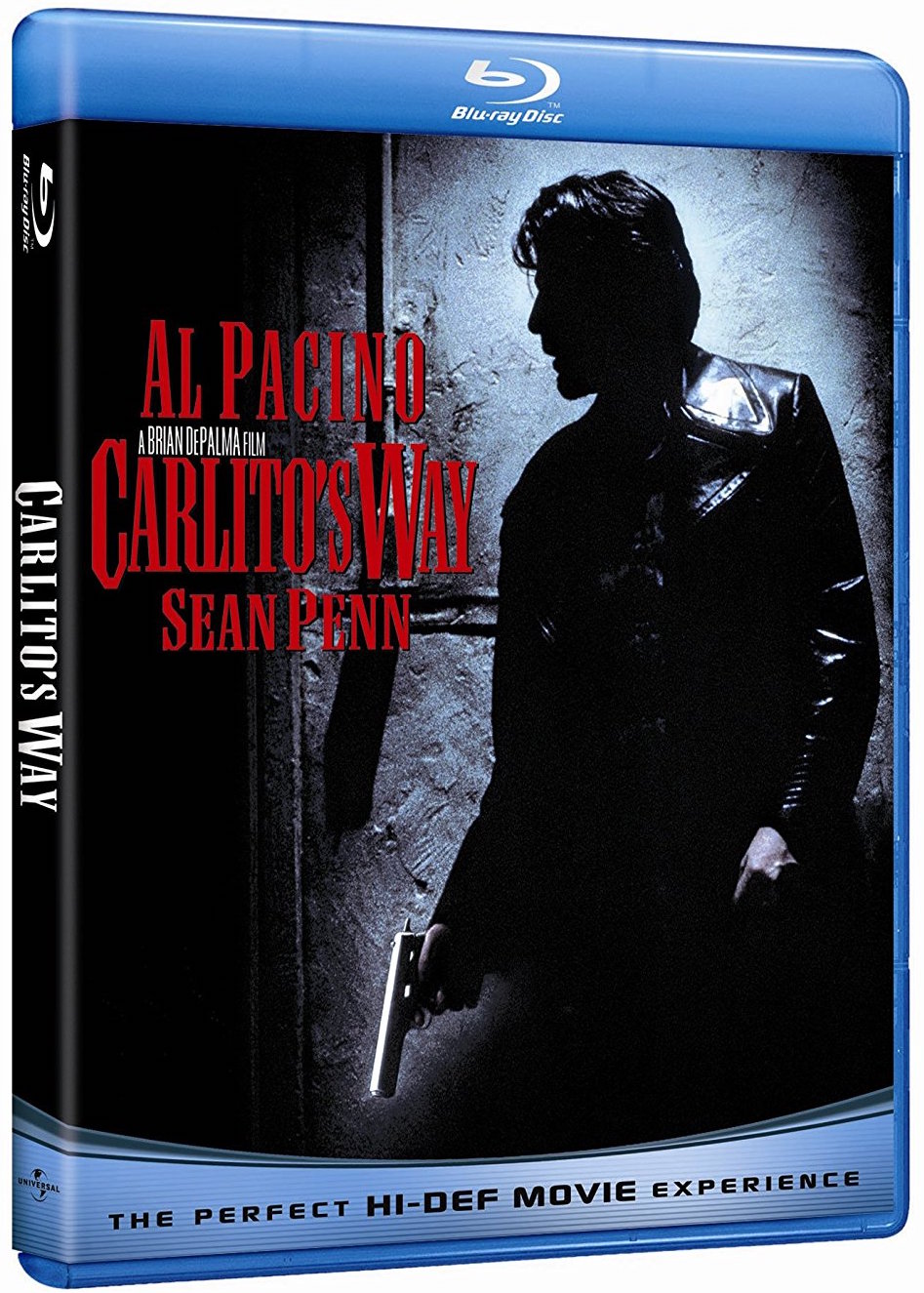