Spike Lee’s 1992 epic biographical masterwork was a true labor of love for the director. It was first going to be made by Norman Jewison (In The Heat of The Night) but after protesting that a black filmmaker should make the film, Lee was hired to direct. During the production it ran into financial trouble, luckily, several African-American icons such as Michael Jordan, Prince, Janet Jackson and Oprah Winfrey (among others) helped get the amount of money Spike concluded was needed to complete the project. 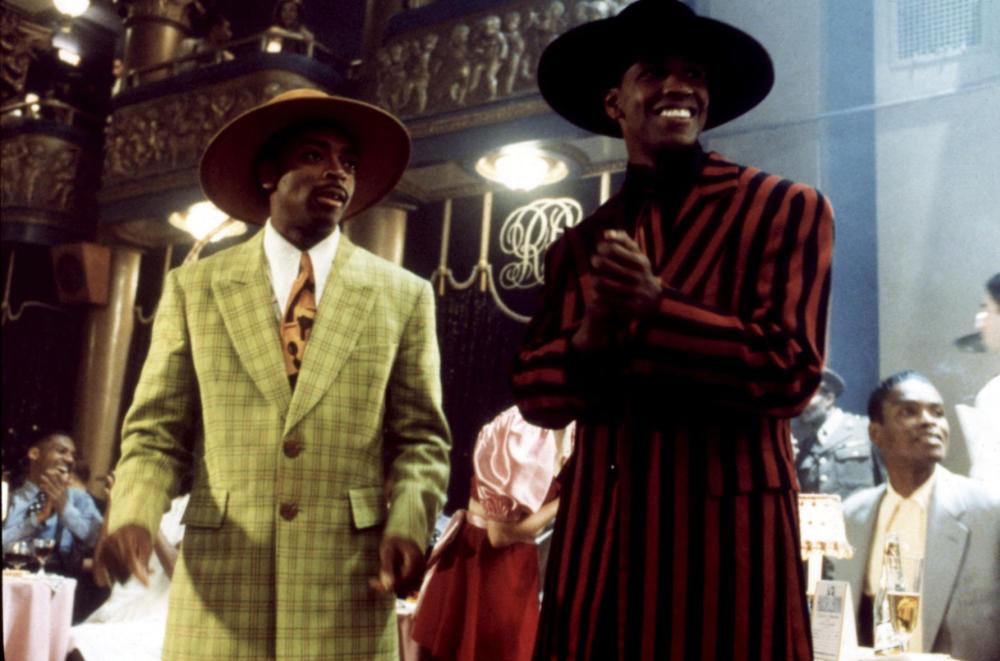 When we first meet the young Malcolm Little aka “Detroit Red” (Denzel Washington) in Boston during the early 40s, he is trying to conk (straighten) his hair at the barber shop. This method which was popular at the time (see performers like Cab Calloway) was a way for African-Americans to make themselves look more white. Along with Shorty (Spike Lee) Red’s best friend, the two get dressed up in their flashy zoot suits and strut across the city streets as the era’s popular big band music plays. These early scenes are photographed with a look of an old worn photograph, all golden and sepia. 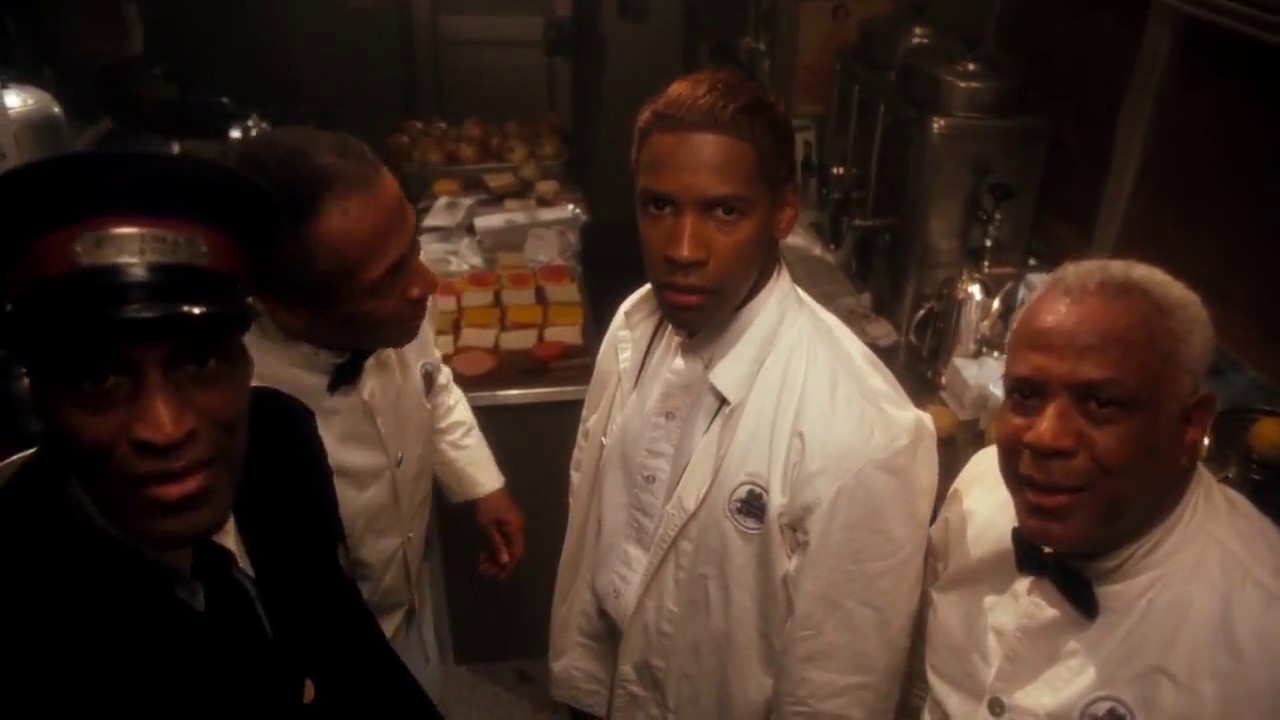 Malcolm conveys his personal views about his life through narration. In the first act, he recounts his early experiences with racism and The Ku Klux Klan as a child in the South and how his father, a proud black man stood up to them. Malcolm is haunted by memories of his father who was later murdered by bigots on a train track one night. This is contrasted with thoughts of his mother who was a light skinned black woman and at some point was committed and later died. These flashback scenes are crucial and inform us as to where Malcolm’s outlook on life came from. 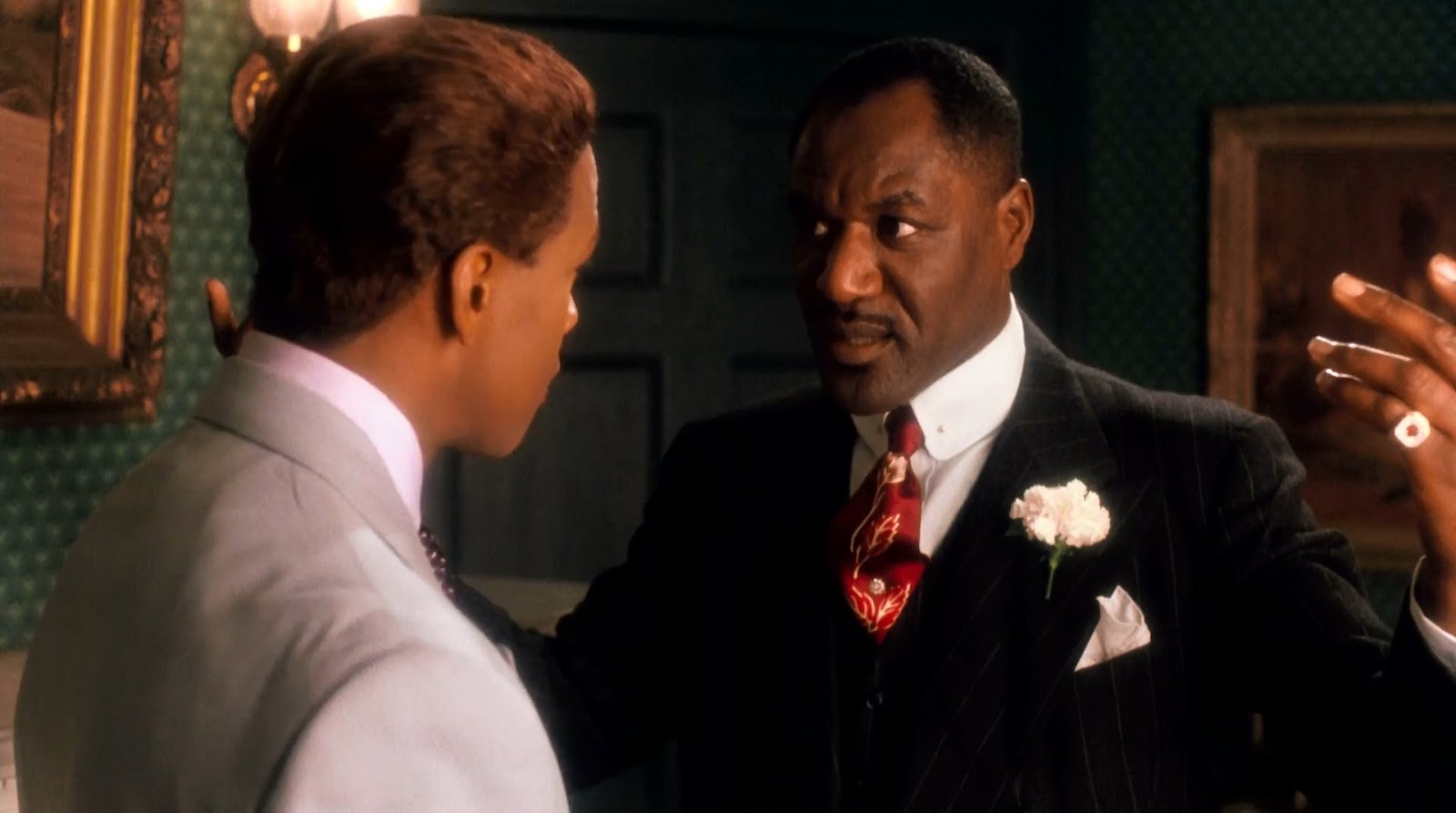 After working on a commuter train for a time as a waiter, Malcolm quits and arrives in Harlem where he befriends West Indian Archie (Delroy Lindo) a suave racketeer who, impressed with his quick wit and humor, takes Malcolm under his wing and tries to help him become somebody with more class, buying him clothes and giving him a stake. One night, “Red” (as he’s known to his crime partners) gets too big for his britches and accuses Archie of cheating him out of money he bet. Archie disagrees but pays him anyway because he is an honorable man but this sudden slap in the face, after all his help to Red, ruins their friendship. When Archie learns he was in the right, him and his men confront Malcolm one night at a club in a scene right out of an old Warner Brothers gangster picture. Malcolm narrowly escapes the hit and takes it on the lam back to Boston with Shorty and his white girlfriend Laura (Theresa Randle) where he starts a small robbery ring but ultimately gets caught and thrown in prison. 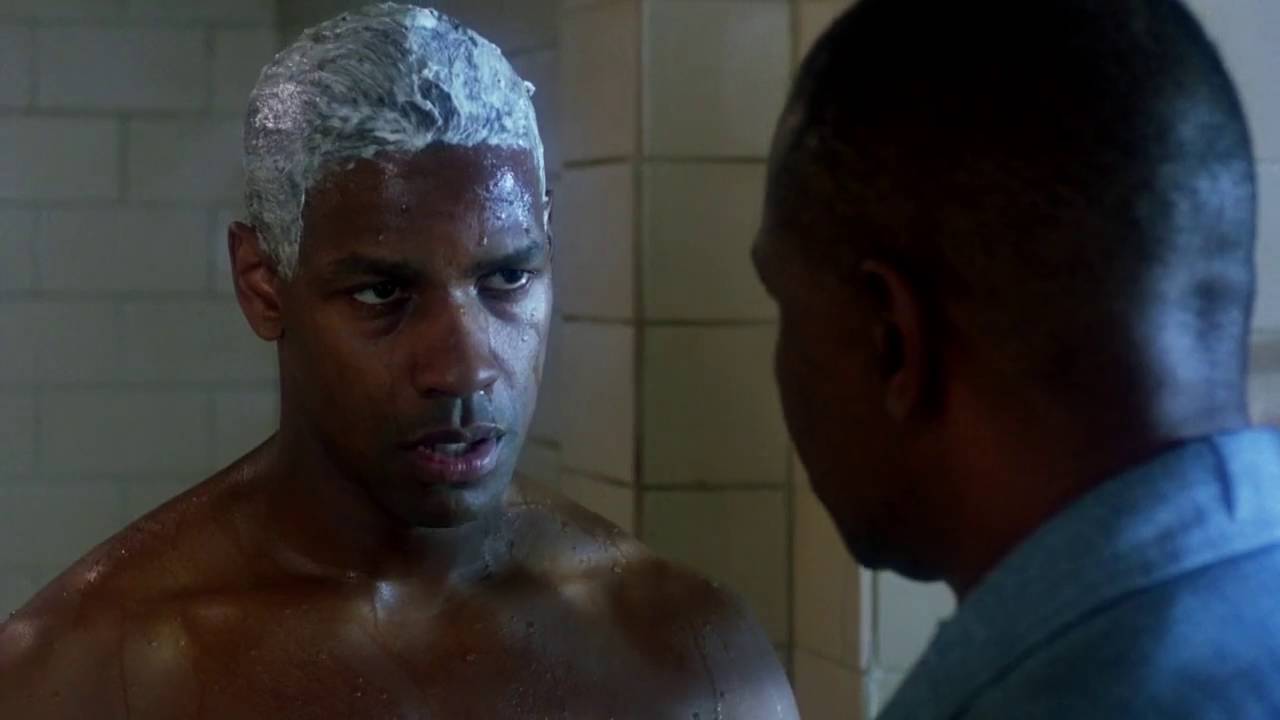 Only when Malcolm is locked up does his life take a detour thanks to Baines (Albert Hall) a fellow prisoner who reaches out to him and introduces Malcolm to the teachings of Elijah Mohammad (Al Freeman, Jr.) the leader of the Nation of Islam. Already a highly intelligent person, this seems to be the key that truly unlocks Malcolm’s potential and sends him on the path to becoming a great man himself. We see Malcolm’s personal epiphany occur as the spiritual leader appears in his small jail cell like a heavenly apparition. In the honorable Elijah Mohammed Malcolm found both a father figure and teacher and was able to shed his old personality like a skin becoming a very influential and controversial part of the Muslim organization. During his work as a minister Malcolm meets a young woman named Betty (Angela Bassett) and the two get to know each other and fall in love. She becomes his rock who stands by him and supports his cause when he has noone else. 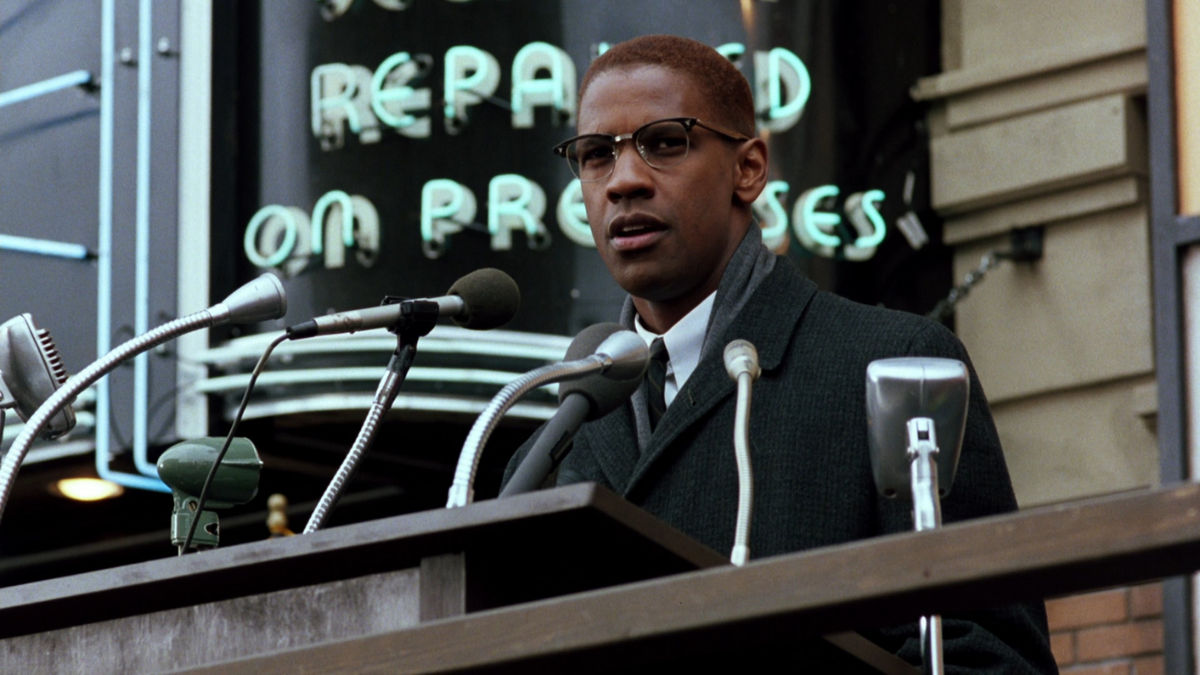 As with most controversial figures there is often a period of extreme conflict in their lives and this occurs when Elijah Mohammed, the man Malcolm considers a living God, is accused of illegitmately fathering the children of several young women in the Muslim community. Malcolm cannot believe these charges and is deeply hurt and betrayed to his core when he finds out it is the truth. He is also becoming too popular within the Nation through his bombastic public speaking causing his fellow Muslim brothers to begin seeing him as a demigod. Soon, he comes under attack by those he regards as his support and family. It’s like the KKK in the South all over again only this time it’s at the hand of those in his community he is serving which is actually even worse. 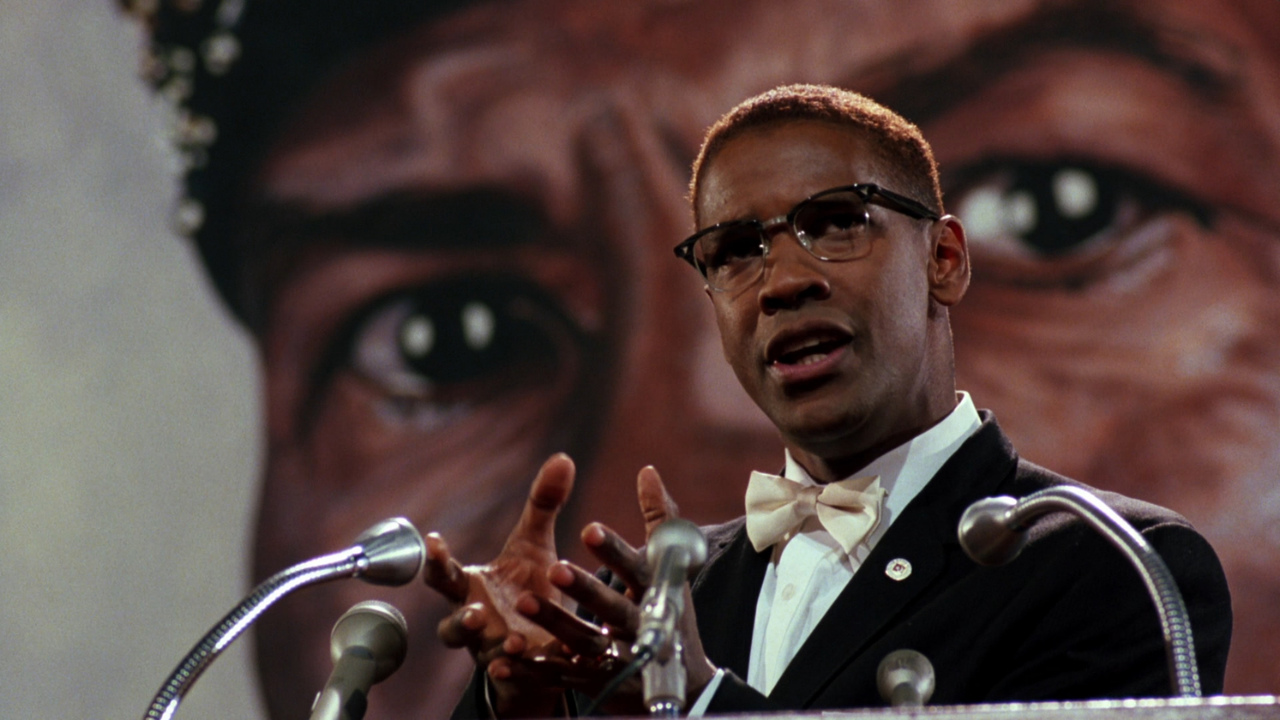 With tensions growing heavier and much turmoil surrounding him, Malcolm makes a pilgrimage to Mecca where he learns that the racism he experienced throughout his life was like a hood over his head that blinded him. It was finally taken off through his attending this international religious gathering where he saw that people of all colors and creeds could live together in peace. 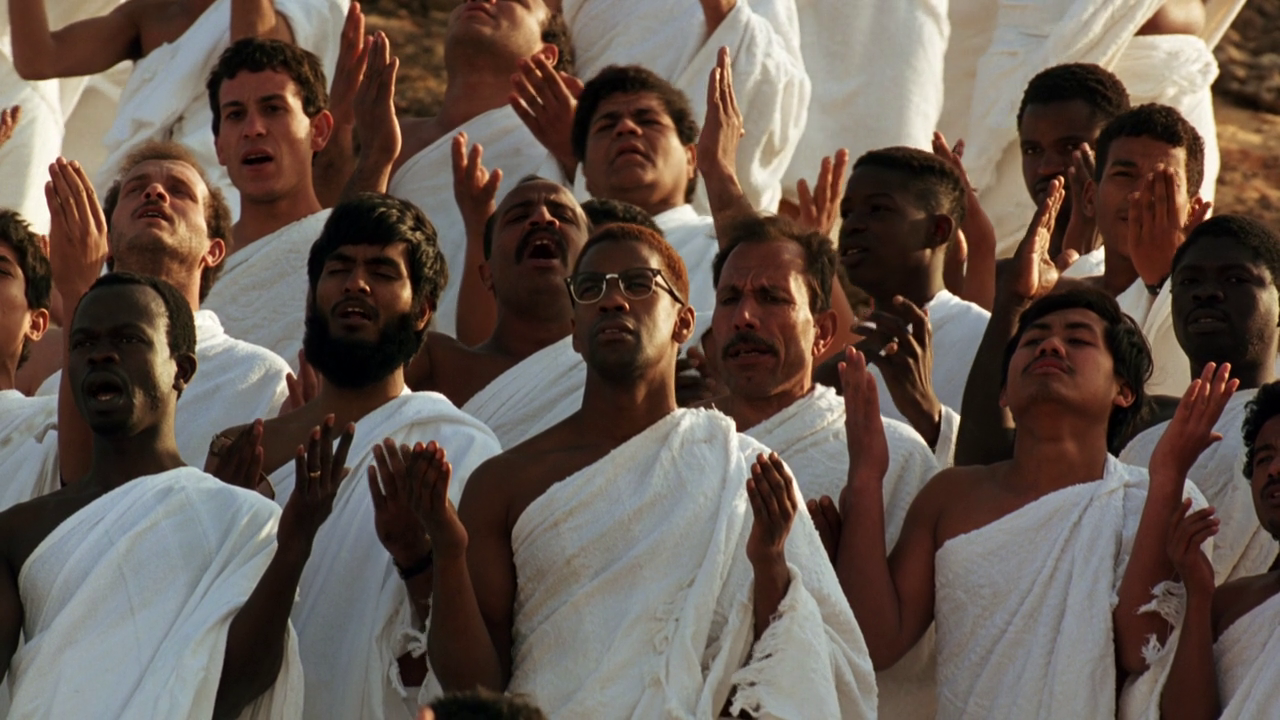 When Malcolm returns to America he has clearly changed his outlook on supporting racial segregation as he had with Elijah Mohammed and decides to leave the Nation of Islam behind and start his own organization to help teach a different type of philosophy. Meanwhile, he must contend with continual surveillance from the government who secretly tap his phones and watch his every move. He also receives death threats from the Nation of Islam who want to destroy him. 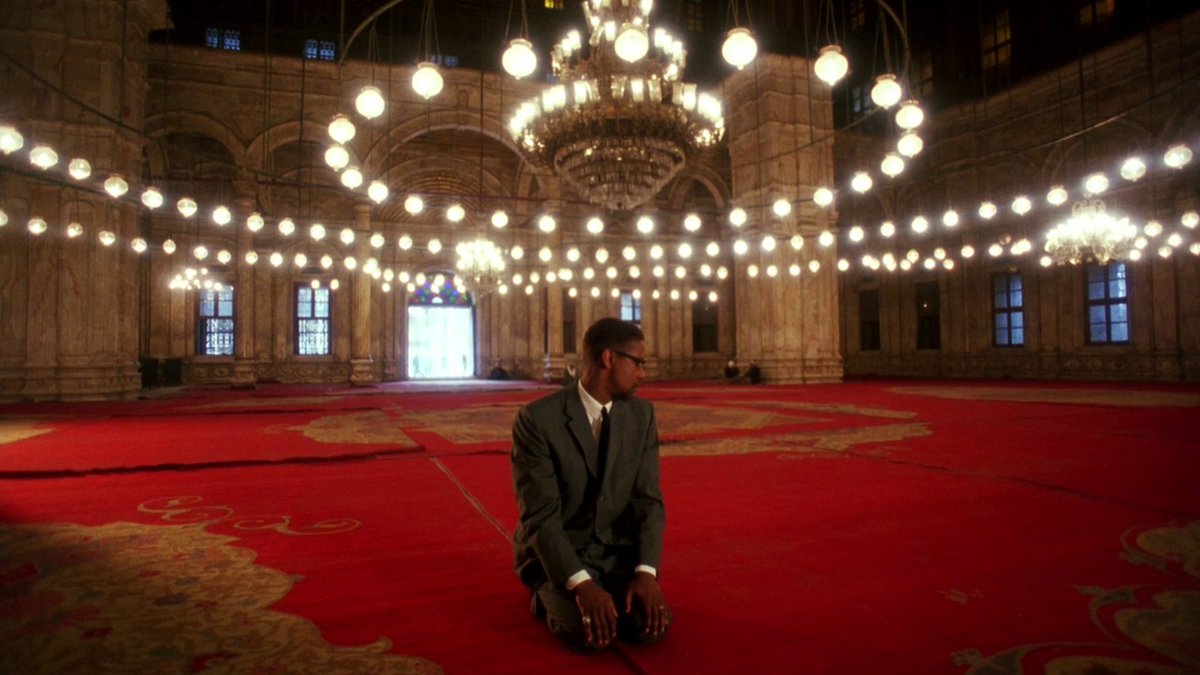 An enthralling tale from start to finish, Spike Lee does a magnificent job following the path of Malcolm’s life keeping a pulsing energy going for the full running time, something that is not often easily achieved with such a vitality and resonance especially in biographical stories like this one. The choices of what to cover and what not to just seemed to work out perfectly. 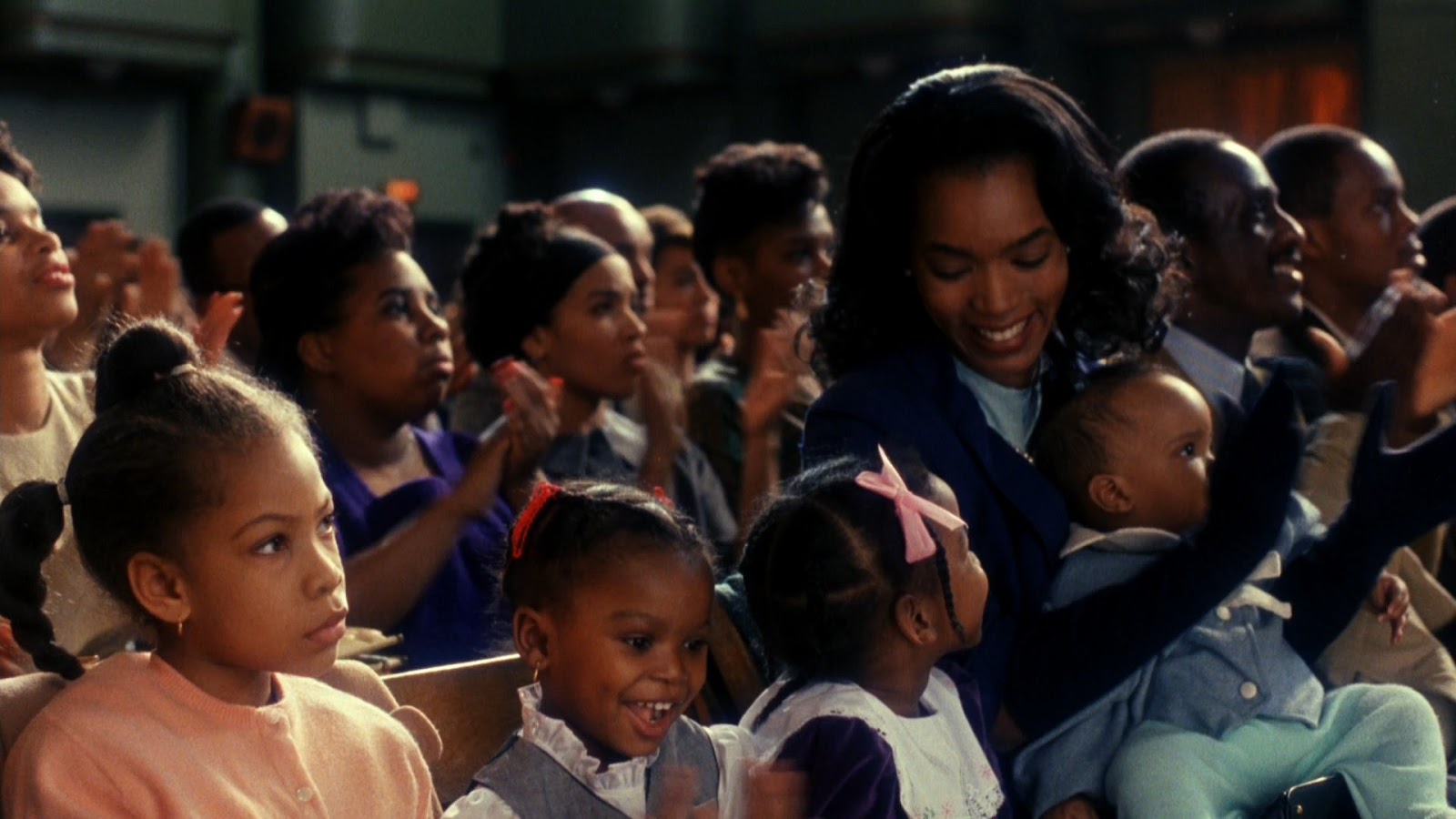 Denzel Washington is spectacular as Malcolm X and his performance is one for the history books. Both his persuasive public speeches and intimate personal moments with his wife and colleagues are equally poignant and emotional. It is one of the great portrayals of a real historical figure that I’ve ever seen on film. 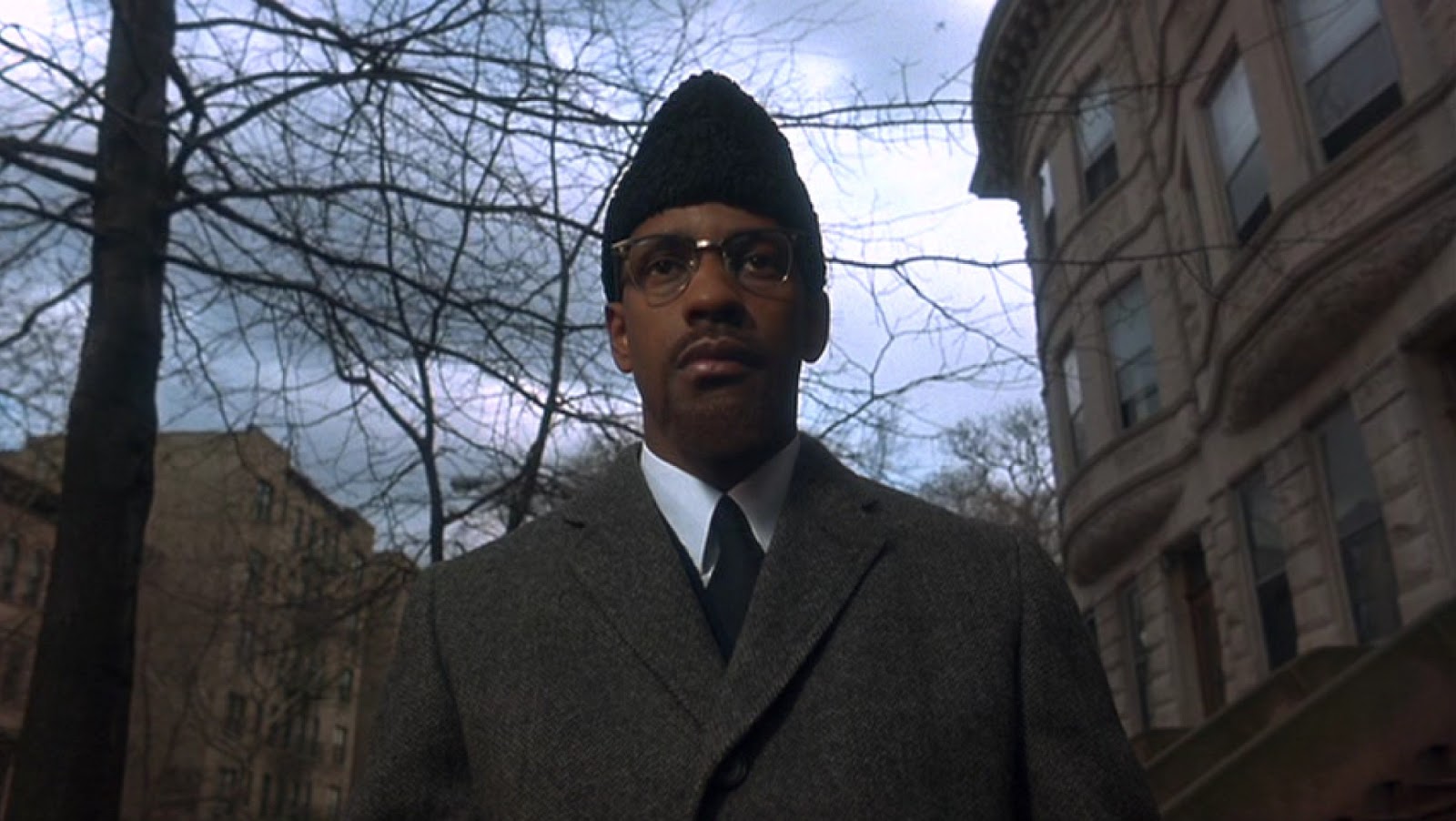 Decades after its release, Malcolm X is now regarded as an American film classic that takes viewers on a journey through the life of one of our country’s most legendary, controversial political icons. Even though the image of Malcolm X has always seemed to evoke ideas of fighting back “by any means necessary”, at the same time if you experience his story and learn more about him, Malcolm is not shown to be that kind of man or violent revolutionary at all. In fact throughout the film, he is the only one who is attacked through violence. This further shows that all of Spike Lee’s films are, at their center, about conveying the truth and not as one sided as he’s often been accused of being towards the topic of racism.

Malcolm X is one of Spike Lee’s most important and superbly crafted films and I’m very glad he was able to complete it because he brought a true integrity and powerful cinematic vision to the silver screen. 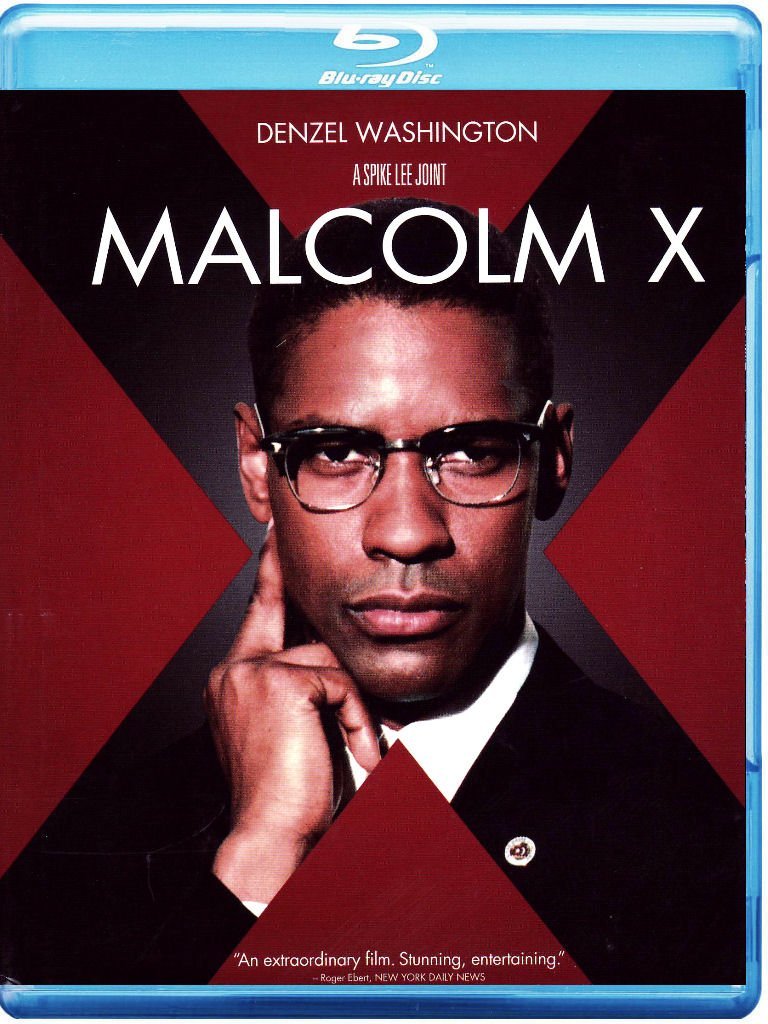