With Broken Flowers, Director Jim Jarmusch (Ghost Dog, Coffee and Cigarettes) shows us again that less can sometimes be much more.

Bill Murray plays an aging bachelor named Don Johnston who is drifting through life, not really knowing where he’s been or where he’s going. After his latest relationship with a beautiful woman (Julie Delpy) ends, Don is alone once again. While he looks through his daily mail, he finds a pink envelope. He reads the letter and finds out its from one of his ex-lovers. It explains that he had a son he never knew about. His son is now 19 years old and has left home to go looking for him. Don doesn’t know what to do, so he goes next door to talk with his friend Winston (Jeffrey Wright) a Jamaican fellow with a lovely wife and cute kids. Winston reads the letter and realizes that this is what could change Don’s life for the better and make him a truly happy and whole person. Winston tells Don to go home and make a list of his ex-girlfriends and include all the info he can remember about them. Winston has another idea, he sets up a travel schedule for Don so he can visit each woman on the list. Don relents at first, but he finally decides to go. Winston gives him a custom mix CD with some cool traveling music and some info that could clue Don into which woman is the one who wrote the letter. Winston points out that the letter was written on pink paper with a pink envelope, therefore Don should look for any signs of the color pink at the women’s homes (look closely as this becomes a running gag). He also tells Don to bring a bunch of pink roses with him to give to each of the women a signal showing he knows about his estranged son. 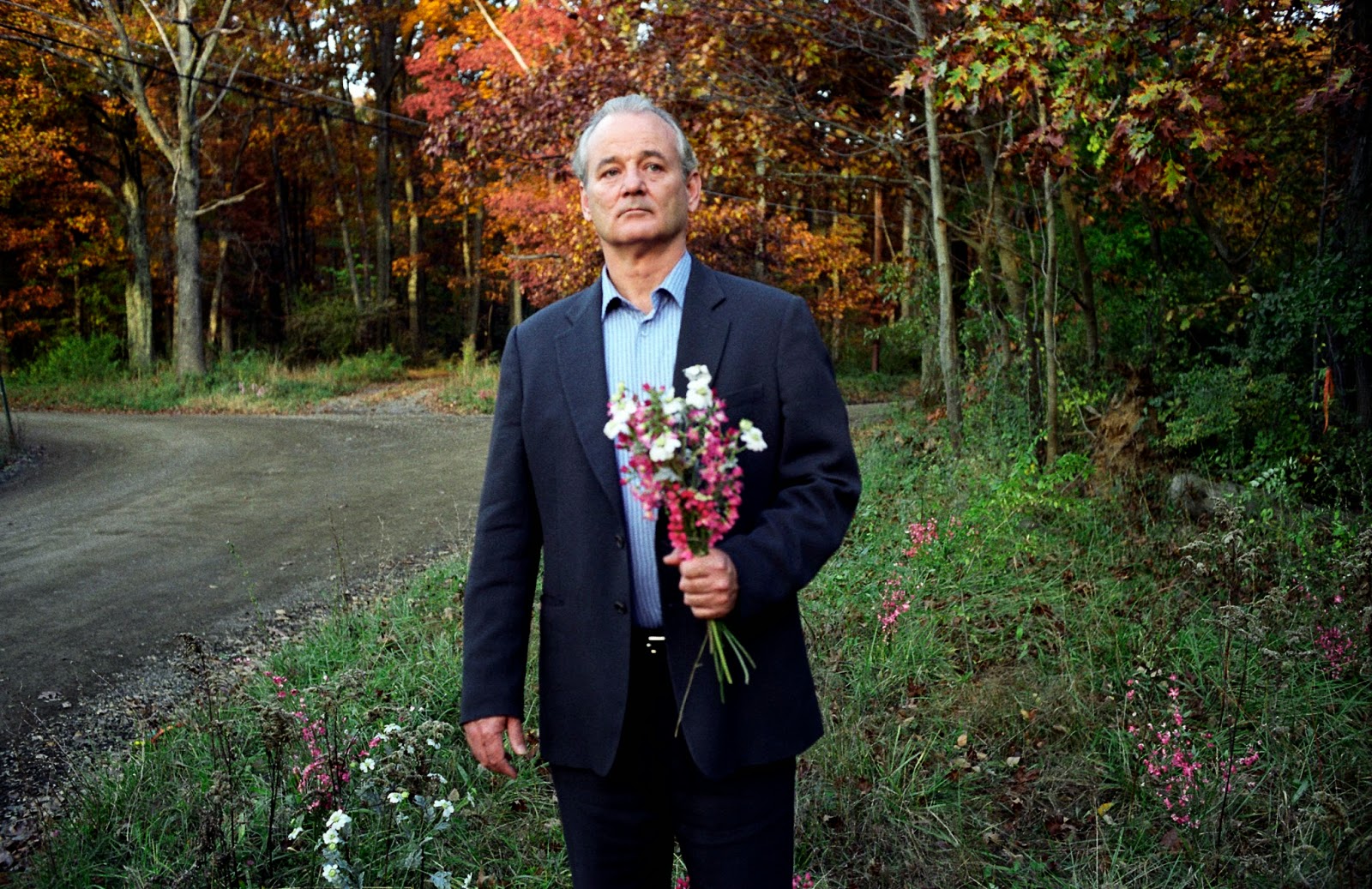 Don boards a plane and goes on his way, stopping at each of the women’s houses. The ex-girlfriends are played by Sharon Stone, Jessica Lange, Frances Conroy and Tilda Swinton. Don sees them, their current lives and what he might’ve had if he had stayed with them. Each of the women has a distinct personality (one is a white trash widow, one is a pet “communicator”) and Don becomes a traveling voyeur as he journeys from place to place. Bill Murray completely underplays Don Johnston, not turning him into some comedian playing for laughs, but someone who really feels lost and alone. It isn’t until the end of the film that we see Don come alive when he thinks he may have found the answer to the mystery.

Director Jim Jarmusch has been making films for over 20 years now (take another look at his early work like Stranger Than Paradise, Down By Law, Mystery Train) and with each film, he has grown and explored new people, and their lives. Jim is a director thats never totally given in to the Hollywood system, opting instead to stay on the outskirts of town, doing his own thing, crafting his personal stylized portraits of humanity featuring outlandish but identifiable characters that make us laugh and cry. Jim Jarmusch to me is a true pop artist as well, he has taken the lower budget, independent film and transformed it into something universal, making it an artform that everyone, both serious film lover and John Q. Public can watch and get something from. That’s the mark of a great filmmaker to me.