A Louisiana National Guard troop (played by Powers Boothe, Keith Carradine, Fred Ward, Franklyn Seales, TK Carter et al) are sent on a training exercise that takes them through the bayou. On their trek, one of the soldiers fires his gun at some Cajun hunters as a joke. When the angered Cajuns kill one of the soldiers it kicks off a highly intense fight for survival. The men must then make their way through the murky terrain while the vengeful Cajuns set up various deadly obstacles around them. The group also have to contend with the breakdown of their unit due to infighting. What begins as a weekend outing in the swamps suddenly becomes a real mini war that tests their resolve. READ A FULL REVIEW

If you love films like Deliverance, First Blood and Hill’s The Warriors, but haven’t seen this gem, we highly recommend picking up the newly remastered edition! 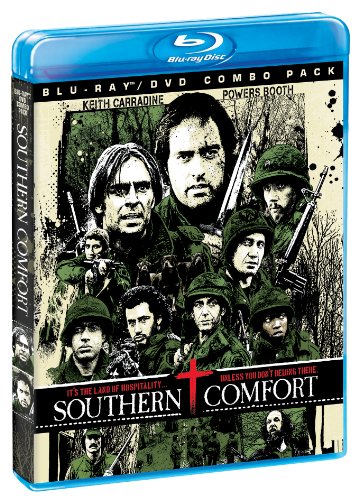