One of the greatest film noirs is coming to Blu Ray from KINO CLASSICS on October 15th in a newly remastered edition.

Based on the true story of Billy Cook, a psychotic killer, Ida Lupino’s The Hitch-Hiker (1953) is a prime example of what makes film noir a general aesthetic as opposed to an actual genre. To elaborate, this story takes place almost entirely on the road in the brightly lit Mexican desert with a few various night scenes. What brings it into noir territory is its dark storyline and tone, not so much the trademark expressionistic lighting and visuals that are commonly attributed to the term.

The Hitch-Hiker was Ida Lupino’s 5th film as a director. Before making it she had done movies mainly about women’s struggles. It’s clear from the fast pacing and solid, taut direction of the production she had exceptional talent as a genre filmmaker as well. 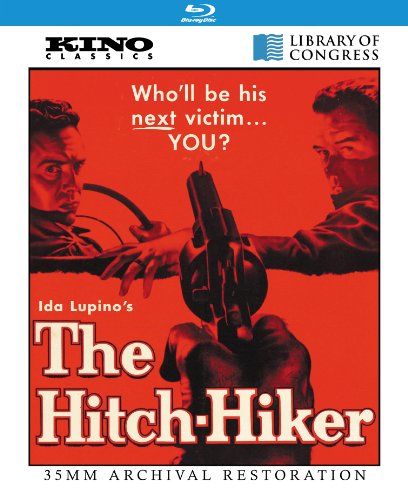