One of the all time greatest war films, John Sturges’ THE GREAT ESCAPE (1963) is coming to Blu Ray May 7th.

Based on a true story, the action packed adventure takes place in 1943 during World War II behind the fences of a German Stalag where British, American, Polish and Australian prisoners of war are being held. This particular prison was made specifically to prevent breakouts but what the Nazis don’t realize is that their captives are highly skilled tacticians and will band together to plan an eleborate underground tunnel which will lead them to freedom.

The Great Escape is an ensemble masterpiece that gives all its players equal time to shine. It combines humor, action, comraderie and suspense note perfectly and is a truly timeless work of furious cinema that is as fun to watch in 2013 as it was when it was made. 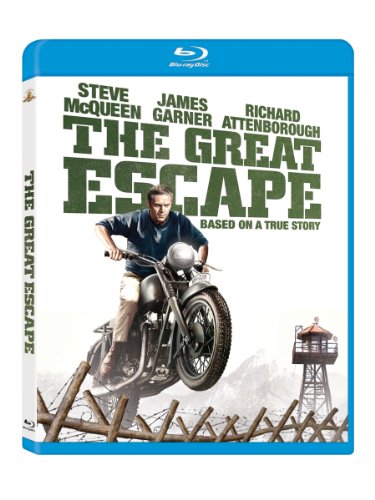