On September 11th, Warner Archive will release John Milius’ 1978 coming of age epic BIG WEDNESDAY on BluRay. 40 years later, this story based on Milius’ youth surfing in Southern California remains one of his finest works.

FC Synopsis: Big Wednesday tells the coming of age tale of three friends Matt (Jan Michael Vincent) Leroy (Gary Busey) and Jack (William Katt) and the ups and downs of their lives while riding the waves in Southern California from the early 60s to the Vietnam War years. John Milius was himself a surfer and his attention to the detail of the era makes the movie all the more genuine. The film features a wonderful score by Basil Poledouris which ranges from quiet introspective acoustic ballads to booming orchestra tracks that convey the gargantuan power of the waves the friends ride together. The surfing sequences are beautifully shot and even if you haven’t ripped the curl you can’t help but see the incredible exhilaration it creates. 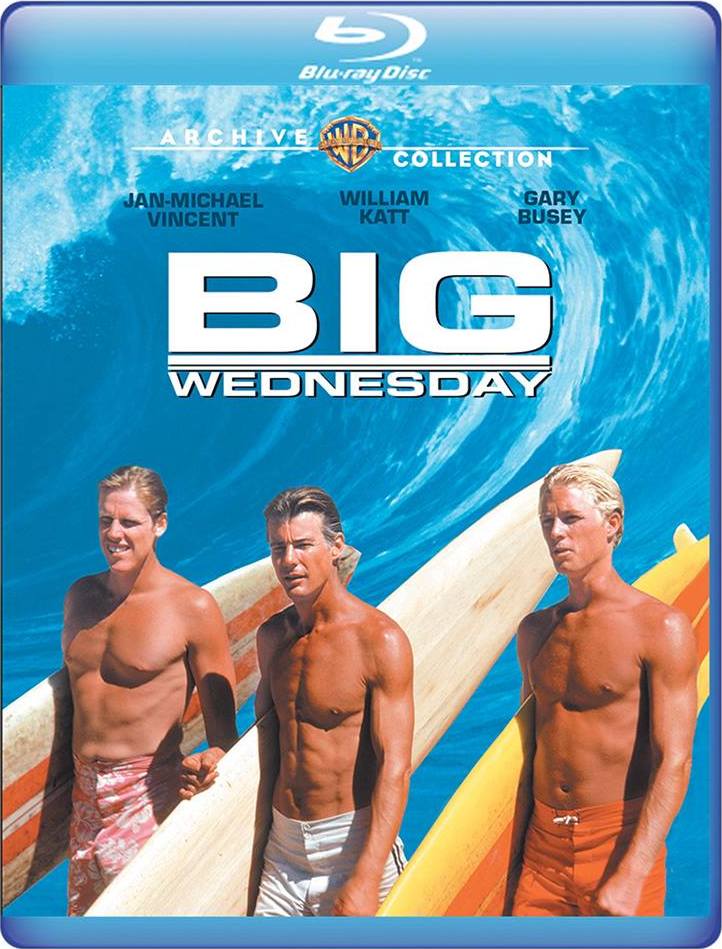