REBEL WITHOUT A CAUSE (1955, Dir: Nicholas Ray) Along with films like The Wild One, Rebel marked the beginning of a new era of youth culture portrayed in film. James Dean plays Jim Stark, a teenager whose overprotective parents have all but ruined his life. He is a confused, wreckless kid who feels the need to lash out at the world. When he arrives in a new high school his old habits quickly get him into trouble with a group of rowdy kids. He befriends another misfit, Plato (Sal Mineo) and falls in love with Judy (Natalie Wood) the gang leader’s girl. This is the role that turned Dean into a legendary icon. It’s also one that kids of any generation can identify with.

EAST OF EDEN (1955, Dir: Elia Kazan) – Based on the John Steinbeck novel, the story is set in the early 1900s in the coastal town of Salinas. Cal (James Dean) and his brother Aron (Richard Davalos) are complete opposites. Their stern father Adam (Raymond Massey) a farmer, favors Aron because he follows the rules and has a lovely girlfriend named Abra (Julie Harris). Meanwhile Cal is always lurking in his shadow and causing mischief. Cal discovers his estranged mother (Jo Van Fleet) who his father said was dead is an owner of a brothel in Monterey and tries to get to know her again. Dean gives an emotionally powerful performance as the black sheep who yearns for acceptance. 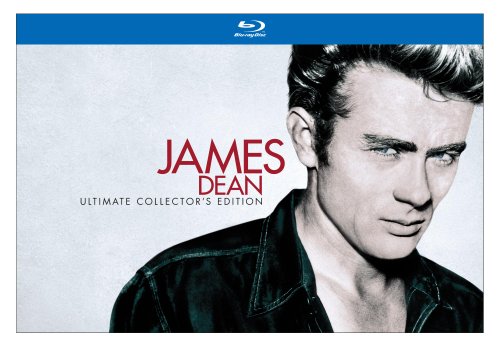