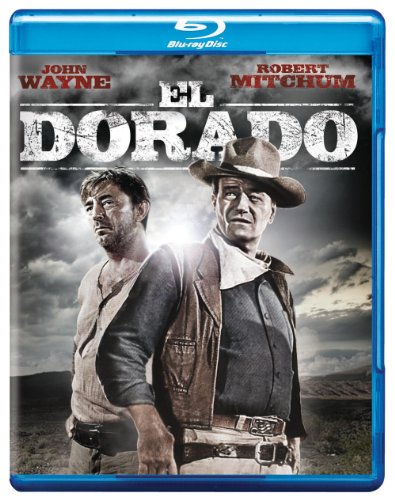 Howard Hawks fans will be happy to know that two of his 60s classics starring “The Duke”, the Western EL DORADO and the African safari adventure HATARI! are coming to Blu Ray on March 11, 2014 from Warner Home Video.

In EL DORADO (1966) John Wayne stars as Cole Thornton, a gunfighter for hire who arrives in the small town of El Dorado only to find himself stuck in a land war between a shady rancher Bart Jason (Ed Asner), his gang of men led by the mysterious scarfaced gunslinger Nelse McLeod (Christopher George) and the McDonald Family. Thornton decides to team up with his old friend J.P. Harrah (Robert Mitchum) the town’s sheriff to keep the peace. A problem soon arises when Cole discovers that due to a failed romance, Harrah has become a good for nothing drunk. This forces him to instead get help from Harrah’s deputy “Bull” and a drifter he meets nicknamed “Mississippi” (James Caan) who seeks revenge against one of McLeod’s men for killing his good friend.

This was the first remake of Hawks’ earlier masterpiece RIO BRAVO (1959) but with new characters and a slightly different take on the story. Hawks would go on to use the basic plot once more for his final film RIO LOBO (1970) as well. While El Dorado is a Rio Bravo rip-off (just look at the plot and character descriptions) that doesn’t keep it from being its own highly entertaining, action-adventure set in the Old West. The cast are every bit as interesting, witty, humorous and just plain pleasurable to spend time with. 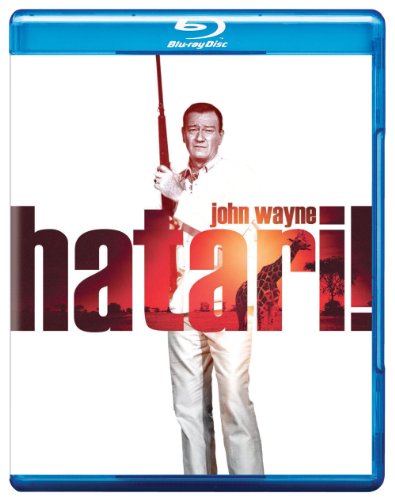 With HATARI! (1962) the Hawksian hijinks were transplanted to the continent of Africa (filmed on location in Tanzania). John Wayne stars as Sean Mercer a big game hunter who makes his living by catching wild animals and selling them to zoos and circuses. Along with the thrilling action sequences of animals being tracked and caught by Mercer and his crew, we get plenty of Hawks/Leigh Brackett style comedy and romance for good measure. Mercer finds love with wildlife photographer Anna Maria D’Allessandro (Elsa Martinelli) who gets the nickname “Dallas” while his pals “Pockets” (Red Buttons) and Kurt Muller (Hardy Kruger) help provide much of the humor. What makes Hatari! especially unique as a fictional adventure is the fact the scenes with the wild (untrained) animals being chased/caught were for real. Something that filmmakers would not be allowed to do today. Wayne and his fellow actors were often scared since they performed all their own stunts.