Robert Altman’s classic 1971 Anti-Western McCABE & MRS. MILLER will be coming to the Criterion Collection on August 9th. Buy from Amazon

SYNOPSIS: This unorthodox dream western by Robert Altman may be the most radically beautiful film to come out of the New American Cinema that transformed Hollywood in the early 1970s. It stars Warren Beatty and Julie Christie as an enterprising gambler and a bordello madam, both newcomers to the raw Pacific Northwest mining town of Presbyterian Church, who join forces to provide the miners with a superior kind of whorehouse experience. The appearance of representatives of a powerful mining company with interests of its own, however, threatens to be the undoing of their plans. With its fascinating flawed characters, evocative cinematography by the great Vilmos Zsigmond, and soundtrack that innovatively interweaves overlapping dialogue and haunting Leonard Cohen songs, McCabe & Mrs. Miller brilliantly deglamorized and revitalized the most American of genres.

New 4K digital restoration, with uncompressed monaural soundtrack on the Blu-ray • Audio commentary from 2002 featuring director Robert Altman and producer David Foster • New documentary on the making of the film, featuring actors René Auberjonois, Keith Carradine, and Michael Murphy; casting director Graeme Clifford; and script supervisor Joan Tewkesbury • New conversation about the film and Altman’s career between film historians Cari Beauchamp and Rick Jewell • Featurette from the film’s production, shot on location in 1970 • Q&A from 1999 with production designer Leon Ericksen, hosted by the Art Directors Guild Film Society • Archival footage from interviews with cinematographer Vilmos Zsigmond, in which he discusses his work on the film • Gallery of stills from the set by photographer Steve Schapiro • Excerpts from two 1971 episodes of The Dick Cavett Show featuring Altman and film critic Pauline Kael • Trailer • PLUS: An essay by film critic Nathaniel Rich 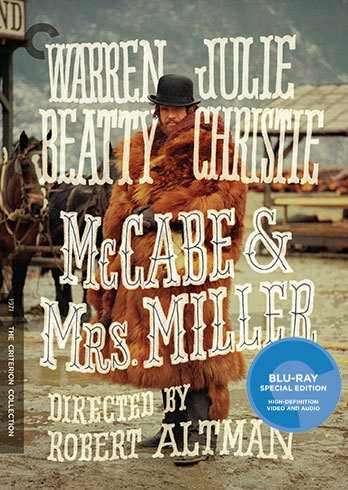