Audiences were first introduced to Black Panther in the film Captain America: Civil War. In that story T’Challa was out to get Bucky Barnes for the assassination of his father King T’Chaka. We later find out that Bucky was not behind the murder at all. While Chadwick Boseman’s T’Challa was not the main focus of the movie, his time onscreen showed us everything we had to know about him. He was a prince of a nation called Wakanda and unlike the Avengers, he was not merely horsing around, but moving with ferocity and a stoic resolve to complete his own mission. Now we have the first solo Black Panther film which takes us right into the center of the hidden fabled nation of Wakanda, referred to as “the real El Dorado” by a character in the film…

1992: Oakland, California. King T’Chaka’s brother Prince N’Jobu (Sterling K. Brown) has decided that after centuries of being isolationist, Wakanda should share its technology with other nations. He enlists the help of black arms dealer Ulysses Klaue (Andy Serkis) to infiltrate Wakanda’s precious vibranium mine for this purpose. When King T’Chaka discovers this he arrives at N’Jobu’s residence to confront him. The meeting ends in tragedy with N’Jobu’s death at the hand of T’Chaka, and his young son orphaned. This event will be a touchstone for the entire movie’s legacy.

In the present day, T’Challa (Chadwick Boseman) is returning from the events of Civil War to be crowned the new king of Wakanda. The high-tech aircraft is piloted by Okoye (Danai Gurira), the trusted general of his all female force known as the Dora Milaje. Before he gets there, he makes a quick stop to fight some rebels and pick up his ex-girlfriend Nakia (Lupita Nyongo) so she can attend his upcoming coronation ceremony. It’s clear the two have feelings for each other but Nakia has put her own work above any serious relationship. When T’Challa arrives home he is greeted by his queen mother Ramonda played by Angela Bassett the respected maternal figure both in the film and real life to all the younger stars with her rich history of film work. His young sister Shuri (Letitia Wright) is a wiseass tech wiz that shows him all her latest gadgets in classic James Bond/Q fashion. She’s the genius toiling away in the lab in between tossing comical verbal jabs at visitors. Move over Tony Stark this gal has all the pops and buzzers!

Before he can take over as king, T’Challa must undergo an ancient ritual at the picturesque Warrior Falls, where the five tribes of Wakanda come together to celebrate and are asked if any want to challenge him. He has to be first cleansed of all his powers, given by the heart shaped herb which grows in the vibranium laced soil. Only one faction steps up to fight, the Jabari mountain people who are led by M’Baku (Winston Duke) an imposing warrior from the estranged tribe. T’Challa accepts the duel and the two battle as the tribal elder Zuri (Forest Whitaker) acts as referee. M’Baku is a fierce opponent but even after being stabbed, T’Challa proves he is the best. When T’Challa receives the powerful vibranium liquid to replenish his strength, he is able to visit Djalia, the mystical plain between life and death. There he sees his father T’Chaka once again. It’s a very emotional father and son moment.

At a London museum, a man known as Eric Killmonger (Michael B. Jordan) is out to steal an ancient artifact that is secretly made from vibranium. His partner in crime, the maniacal Ulysses Klaue plans to deliver it to a buyer that turns out to be none other than CIA agent Everett Ross (Martin Freeman). When word gets to T’Challa that the piece is in Klaue’s possession, W’Kabi (Get Out’s Daniel Kaluuya) a friend and leader of the Border tribe, implores T’Challa to capture Klaue and bring him back to stand trial for the death of his parents. An underground casino in South Korea is where Klaue and his gang of thugs show up for the transaction. T’Challa, Okoye and Nakia go incognito as clients and scope out the place. Soon an intense battle pops off with our heroes kicking much ass Wakandan style (Composer Ludwig Göransson’s score here is especially awesome). The excitement then moves to a thrilling and destructive car chase through the bustling streets of Busan. Klaue is finally apprehended and taken to a secret spot to be interrogated but unfortunately Killmonger and his crew track his location and bust him out. Killmonger then reveals his intention is to use Klaue’s dead corpse as a way to get back into Wakanda and challenge T’Challa for the throne since he is really N’Jobu’s son. Killmonger is the yang to T’Challa’s yin. He is the dark side of the Wakandan way, yet his goals are not entirely unjustified. He wants to be a liberator and use Wakanda’s riches to set black people everywhere free and make them rulers.

Director Ryan Coogler, Production designer Hannah Beachler (Moonlight) and DP Rachel Morrison (Mudbound) bring the vibrant, afro-futuristic world of the Black Panther to life in all its majestic glory. The film is a magnificent celebration of the African people seen through a science fiction prism and at its core is a story about family, honor and loyalty. The exuberant, elegant costume designs by Ruth Carter are another highlight with their blend of various African, Japanese and French inspirations. The cast are all at the top of their game and bring a regal class and quirky humor to the story. Winston Duke as M’Baku is the fearsome chieftain that changes from an enemy to endearing ally. Chadwick Boseman gives T’Challa soulful purpose while being faced with past sins of the father. Andy Serkis’ Klaue is a giggling maniacal creep that injects dangerous delight whenever he’s onscreen. Martin Freeman’s Everett Ross is the awkward fish out of water. He might be a stuffy suit on the surface, but proves he has skills to help T’Challa’s cause as well. Creed breakout star Michael B. Jordan delivers a charismatic antagonist in Killmonger that we can both root against and understand. He has a Tupac style urban swagger and a revolutionary agenda that really sets things on fire. The most important aspect of Black Panther beyond all the extravagance and grandeur is that it presents a new non-white hero for Black people and other races around the world. It is easily one of the best films yet from Marvel Studios, introducing us to another corner of their expanding universe through a kinetic brilliance and superbly executed vision. 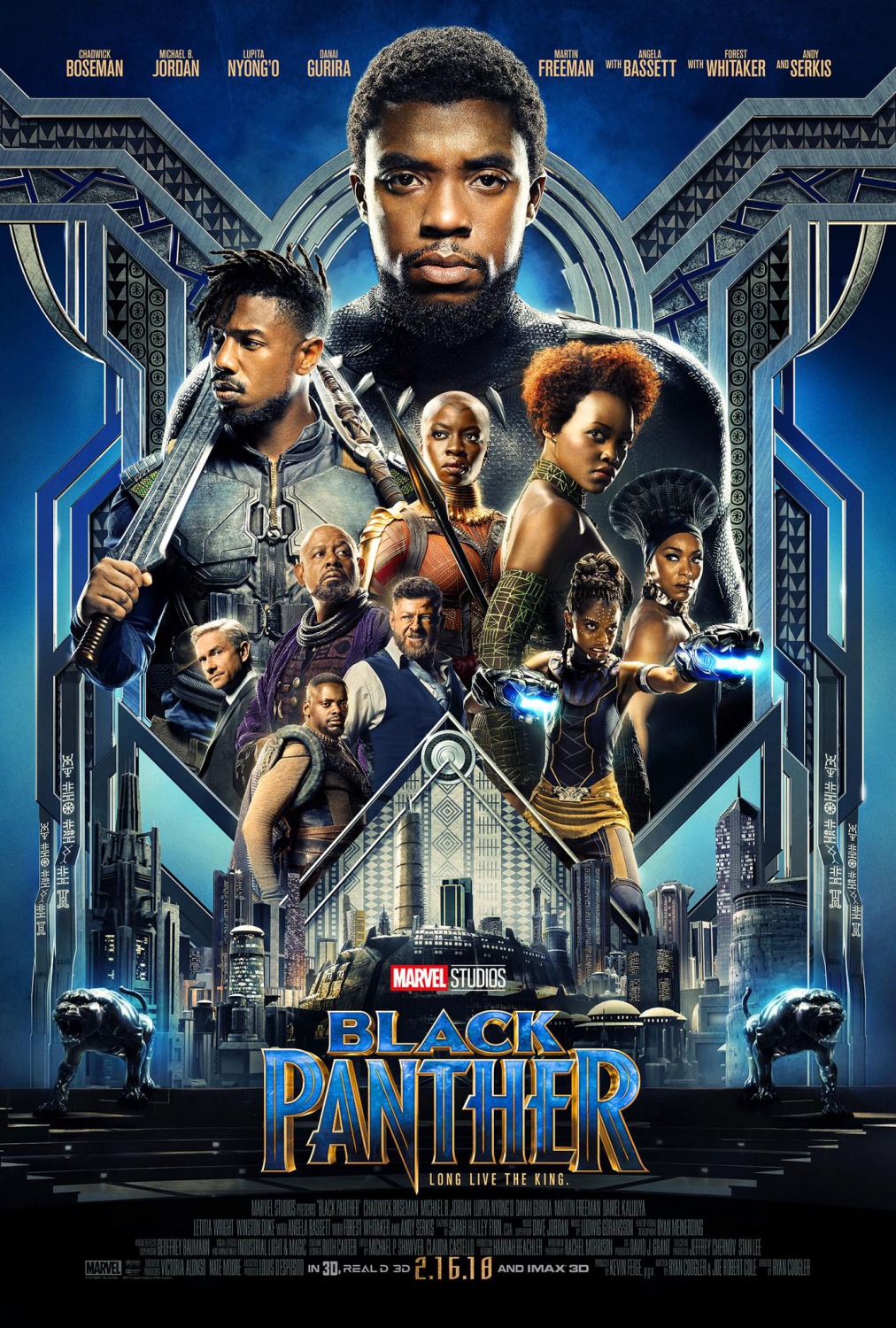