On August 27th, Lionsgate Home Entertainment will release Francis Ford Coppola’s APOCALYPSE NOW: THE FINAL CUT in a new 4K BluRay Edition. For longtime fans of the 1979 Vietnam War epic masterpiece, this will be the ultimate must own as it contains everything related to the film’s multimedia history in home video form. On August 15, it will see a limited theatrical re-release.

Francis Ford Coppola’s stunning vision of “The Heart of Darkness” in all of us remains a classic and compelling Vietnam War epic. Martin Sheen stars as Army Captain Willard, a troubled man sent on a dangerous and mesmerizing odyssey into Cambodia to assassinate a renegade American colonel named Kurtz (Marlon Brando), who has succumbed to the horrors of war and barricaded himself in a remote outpost.

The Apocalypse Now Final Cut restoration will be brought to life with Dolby Vision HDR, bringing entertainment to life through ultra-vivid picture quality.

When compared to a standard picture, Dolby Vision can deliver spectacular colors never before seen on a screen, highlights that are up to 40 times brighter, and blacks that are 10 times darker. The 4K Combo Pack and Digital 4K release also feature Dolby Atmos audio mixed specifically for the home, to place and move audio anywhere in the room, including overhead. In addition, the film has been enhanced with Meyer Sound Laboratories’ newly developed Sensual Sound™, a technology engineered to output audio below the limits of human hearing. All of these technologies work together to present Coppola’s true vision of the film, one that delivers deep, visceral visual and auditory impact. Coppola believes Apocalypse Now Final Cut “looks better than it has ever looked, and sounds better than it has ever sounded,” and he is “thrilled beyond measure to present the best version of the film to the world.”

External read: 5 things to know about the final cut at IndieWire

In addition to the restoration, this 4-disc Apocalypse Now Final Cut anniversary set also includes the film’s Theatrical Cut and Extended Cut (Redux), as well as the acclaimed Hearts of Darkness documentary. Loaded with hours of in-depth special features, the set will also feature tonight’s fascinating Tribeca Film Festival Q&A with Coppola and the prolific Steven Soderbergh (Sex, Lies, and Videotape), which has not been seen or heard outside of the festival until now, and newly discovered behind-the-scenes footage. The Apocalypse Now Final Cut 4K Blu-ray Combo Pack (4K disc, three BluRays, digital copy) features new, collectible Mondo artwork and will be available for the suggested retail price of $34.99. See press release 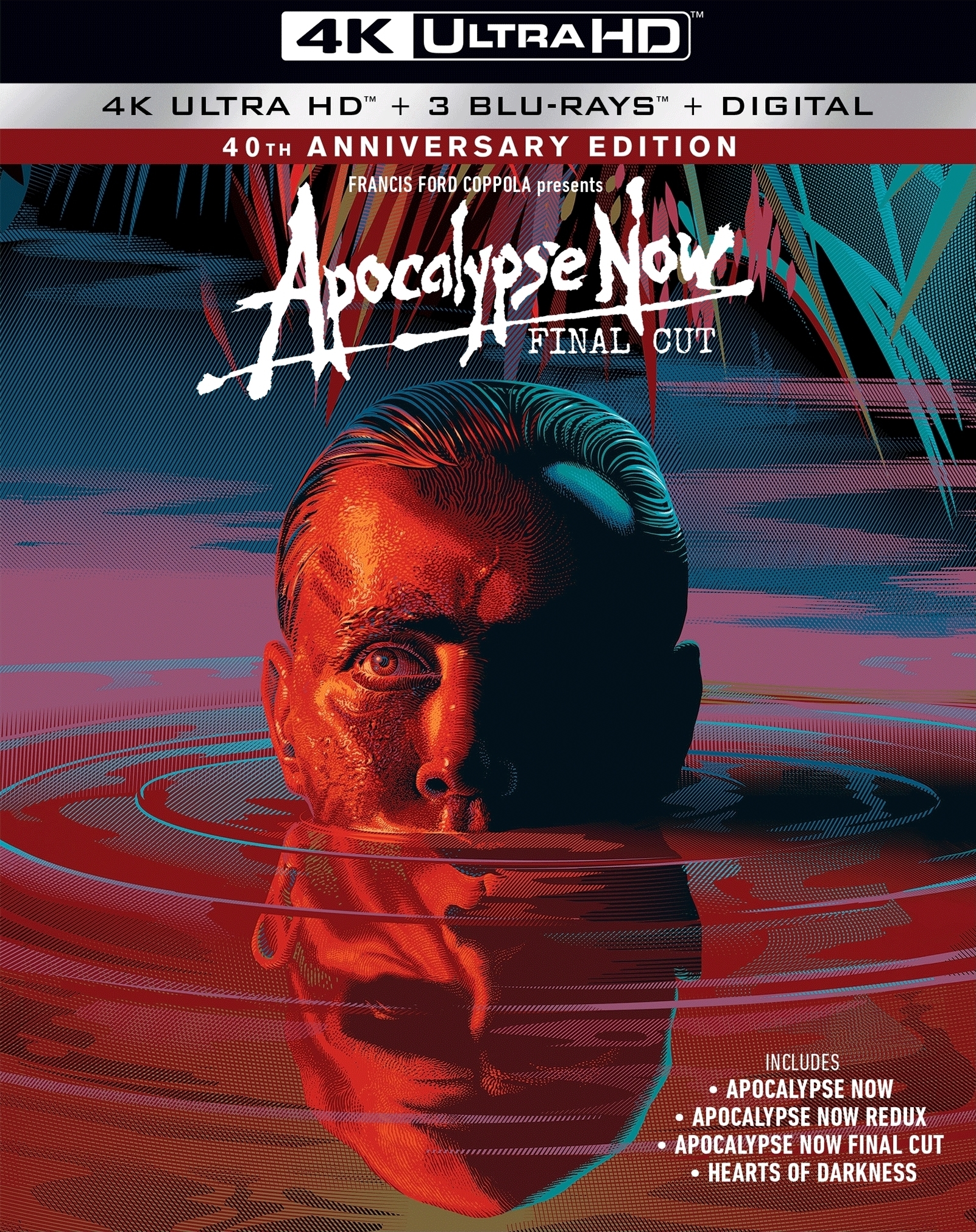