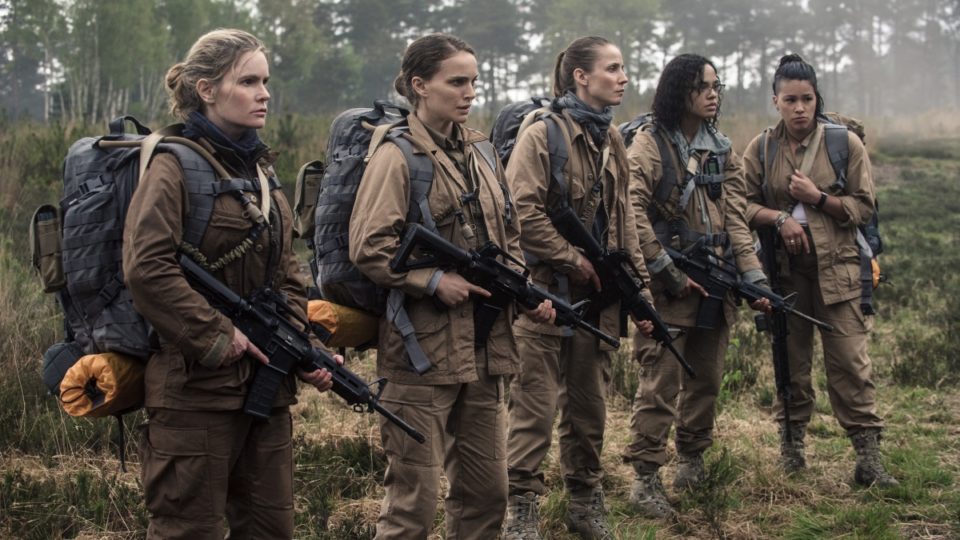 Annihilation is a fascinating, sometimes horrifying film that demands your absolute attention. Through a series of mind-bending sequences, Annihilation lodges itself into your brain and stays there. It takes you into the unknown and every minute feels like a step closer toward the abyss. This is one of the best sci-films in years.

Natalie Portman is Lena, a biology professor and former soldier, who is morning the disappearance of her husband Kane (Oscar Isaac). She joins a special expedition to study a strange phenomenon called the shimmer: a mysterious light that’s slowly spreading across southeastern swamp land and engulfing everything in its path. Soon, the whole of Florida will be trapped in the confines of the shimmer.

It turns out Kane was part of an ill-fated team that journeyed into the shimmer, so Lena wants to find out what happened to him. She volunteers for the next mission along with four other women, who each have their own skills. Josie (Tessa Thompson), for instance is a physicist while Anya (Gina Rodriguez) plies her trade as a paramedic. And there’s Cass (Tuva Novotny), a geomorphologist and Dr. Ventress (Jennifer Jason Leigh), a psychologist. These women venture into the shimmer and there’s one key question on our minds: will they get out alive?

Like with many high-concept sci-fi, Annihilation doesn’t offer any easy answers. It’s a cerebral film that blends science, horror and thriller to compelling effect. There’s an unnerving chill right from the beginning and we’re never really sure what conflict awaits. The mystery unfolds gradually with each character reacting to this fantastical event in their own way, and the further Lena’s team travel, the weirder things get. Mutated beasts lurk in the shadows and something in the air has a strange effect on the whole group.

All these horrors appear be connected to the lighthouse at the centre of the shimmer. Director Alex Garland (Ex-Machina) cranks up the suspense and keeps you seat-edged every step of the way. As the team move toward the lighthouse, each squad member grapples for meaning and it really feels like we’re apart of their journey. Garland succeeds at delivering both a grandiose concept and an intense, character-driven story.

Despite being a straight-to-Netflix movie, it’s still a great cinematic piece. The film has stunning visuals and audio, and many scenes will make a lasting impression. Annihilation takes us to some strange places and it will split opinion, but it’s all about the experience. The film is an escapist epic that feeds your imagination. A very unique film – not something you’ll forget any time soon.

Liam is a film enthusiast and content writer based in London. He has far too many opinions for his own good, particularly on anything arts and culture-related. He enjoys all kinds of films but is a big fan of thrillers, sci-fi and cult classics.