The most common misconception about animation is that it’s always for kids. This kind of thinking gets kind of old because there’s lots of examples to contradict that point of view. Look at Heavy Metal or Coonskin. Do you think your little Timmy can absorb messages about racism or the fact that both films have nudity and violence? Of course not. And then there’s another kind of animation as well, which is the depressing type. I’ll never forget the day I watched Grave of Fireflies during movie review class. It made me depressed for the WHOLE week and I remember lots of my friends cried during the screening as well. With that said, The Plague Dogs (1982) is a kind of animation that falls into this category. My close friend, Josh (who recommends this film) says that whether you are an animal lover or not, it will make you cry. I have to be honest here, I don’t cry, but it’s one of the most touching and unapologetic animation features I’ve ever seen. 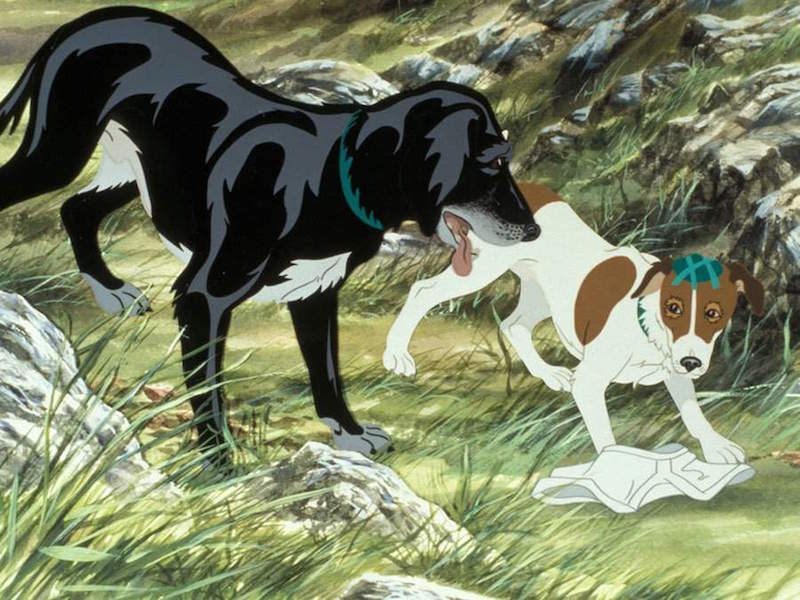 The story is about two dogs, Rowf (the black dog) and Snitter (the brown and white dog). They live in a cruel laboratory. We have no idea why they have to torture dogs, monkeys, and probably other unfortunate creatures, but the first scene in the movie sets the tone: no mercy. We see Rowf slowly get dunked in a tank while the scientists are astonished that he can hold up longer than the last time before being drowned. What’s the point of that? Anyway, this makes Rowf afraid of water since it almost kills him. Meanwhile, Snitter has brain surgery. This causes him to see hallucinations sometimes (we’ll get into this soon). One day, they find out that their cages aren’t locked, so they escape. Along the way, they meet a new friend and learn about their personality differences. Since this isn’t Disney sugar-coated stuff, there are gritty aspects as well. From the fact that they are hunted down like terrorists and the way they hunt and kill animals on the farm.

Personally, I think the main point of the film is about hope. No matter how tough your life is, hope is what makes us live on. This is the same belief that makes Rowf and Snitter survive day by day. It unites two different personality types because of their background. Rowf never trusts any human because of horrible experiments he faces everyday and he wants to get revenge. Snitter, on the other hand, still believes that man is the dog’s best friend. Remember when I mentioned his hallucinations? Well, he usually has a flashback to when he still lived with his old master. It was a pleasant time until, one day, Snitter was walking around in the street with no idea that a truck was about to hit him. His master decided to get rid of him. This is a huge obstacle for Snitter. He tries to be as nice as possible in every human encounter, yet it always ends in tragedy. Later on, it gets worse to the point that he accidentally kills a gunman from the laboratory. At first, the man tries to be nice to Snitter and doesn’t use violence at all. Snitter still hesitates, but then he realizes that he wants a new master again so he jumps up to the man and tries to play with him. Sadly, his legs trigger the man’s gun and instantly kill him. It’s such a sick joke that our poor Snitter has to face this kind of tragedy again and again, but luckily Rowf is always there to encourage him. This leads us to the next topic… 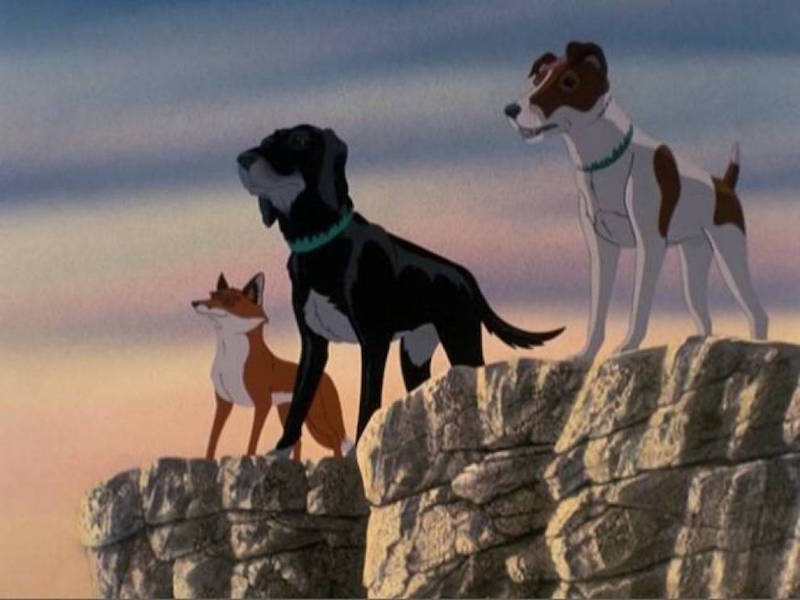 Why they are hunted down? Obviously, they escaped from the laboratory but as the time goes by, things get more and more intense. With a trick from their friend Tod the fox, they learn how to kill farm sheep and chickens. This, combined with the fact that Snitter accidentally kills a man and rumors that they carry a plague, creates mass hysteria in the town thanks to news reports on TV and the radio. Later on, there are stories about them attacking a man’s car just because they are starving. This is another reason why I like this film. Because they are animals, they don’t have morals. They don’t know what’s right or wrong. All they know is that they have to survive. But we humans have a totally different mindset. We think that Snitter intentionally kills the man. We think that the animal gang kill another hunter (although he dies because from falling down a hill). We think that they randomly kill hens and sheep. We have no idea about their motives and history. What would happen if the media provided us a backstory about the horrifying laboratory instead? The entire reaction from locals would be totally different for sure. It subtly tells us about how context matters in the heat of conflict.

Let’s talk about the artistic aspect. I’m astonished by the storytelling technique. It uses a similar concept as in the old MGM’s Tom & Jerry shorts from 40’s-50’s. They rarely show the faces of humans and we see only their legs. This makes us feel that the story is definitely told from the animals’ perspective. Also, they cleverly use sound montage to tell us what’s going on instead of just using animation. Shortly before the epic final chase, we see Snitter, Rowf and Tod walk in the snow. But what we hear is a speech from local politicians about how to deal with these creatures. It’s a totally smart method of storytelling. 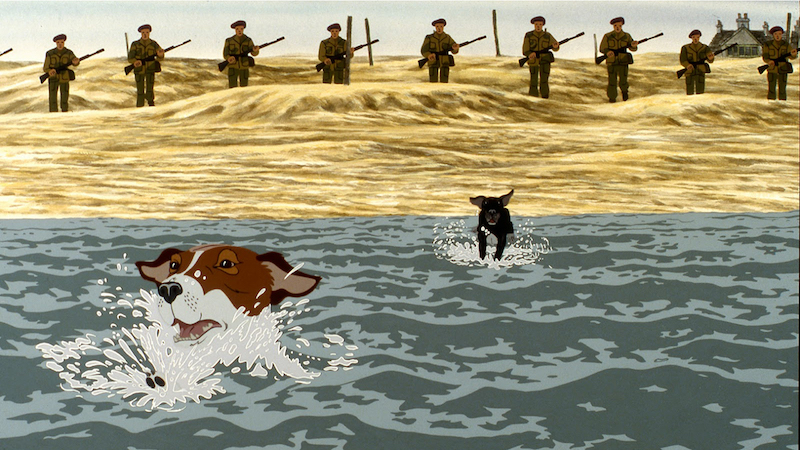 In conclusion, I feel that the middle part of the film is a little bit draggy, but overall it’s the most unique animation I’ve seen in recent years with an interesting concept and storyline. Unfortunately, the uncut version (yes, they cut some gory scenes in the US release) I watched is in a pretty bad shape. According to sources, it’s transferred from the director’s personal film copy. That’s why it looks too dark and muddy. Criterion or Shout Factory needs to remaster this film soon and release a proper Blu-Ray for the film that only gets higher praise as the year goes by. Strongly recommended.

Buy The Plague Dogs on BluRay 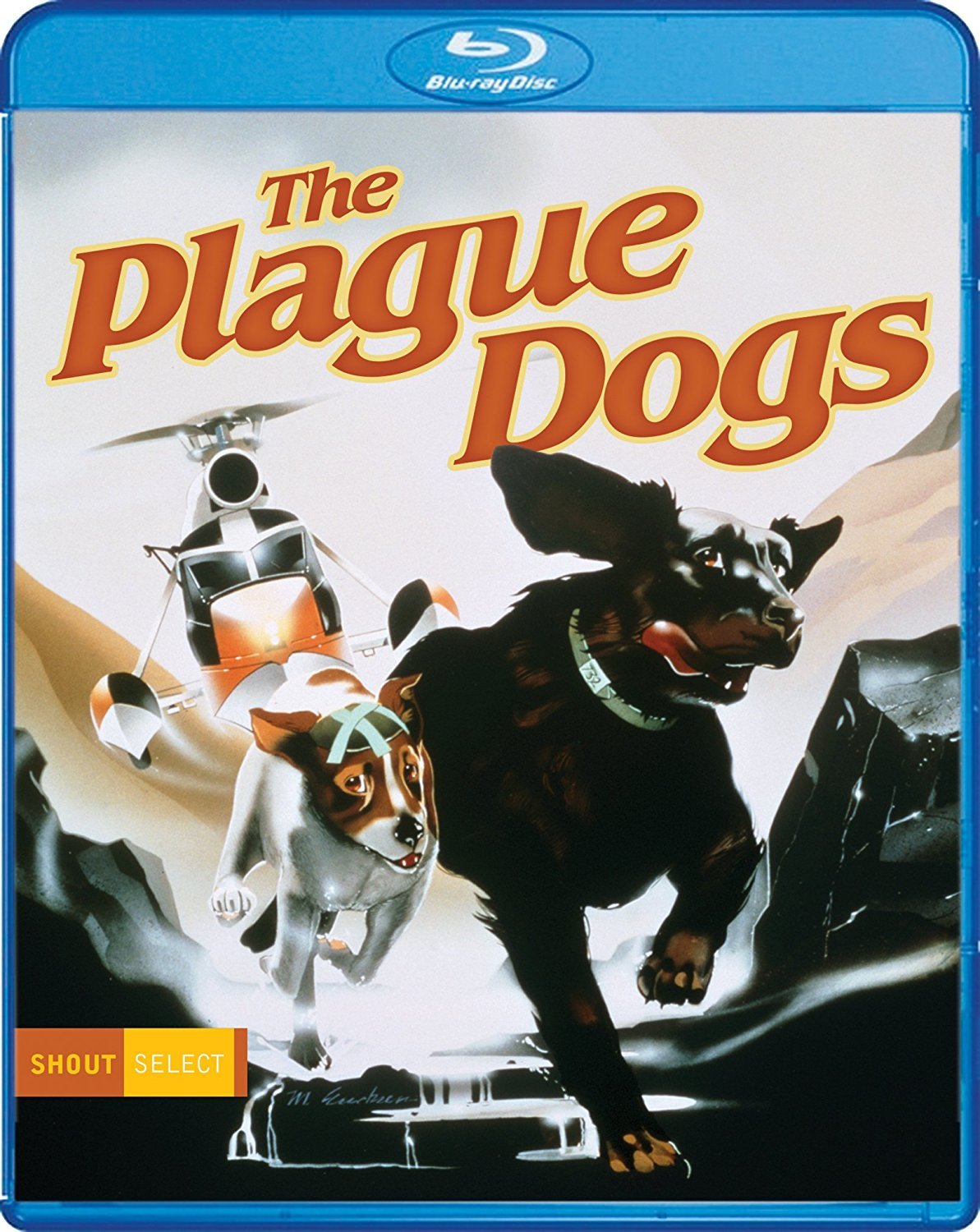