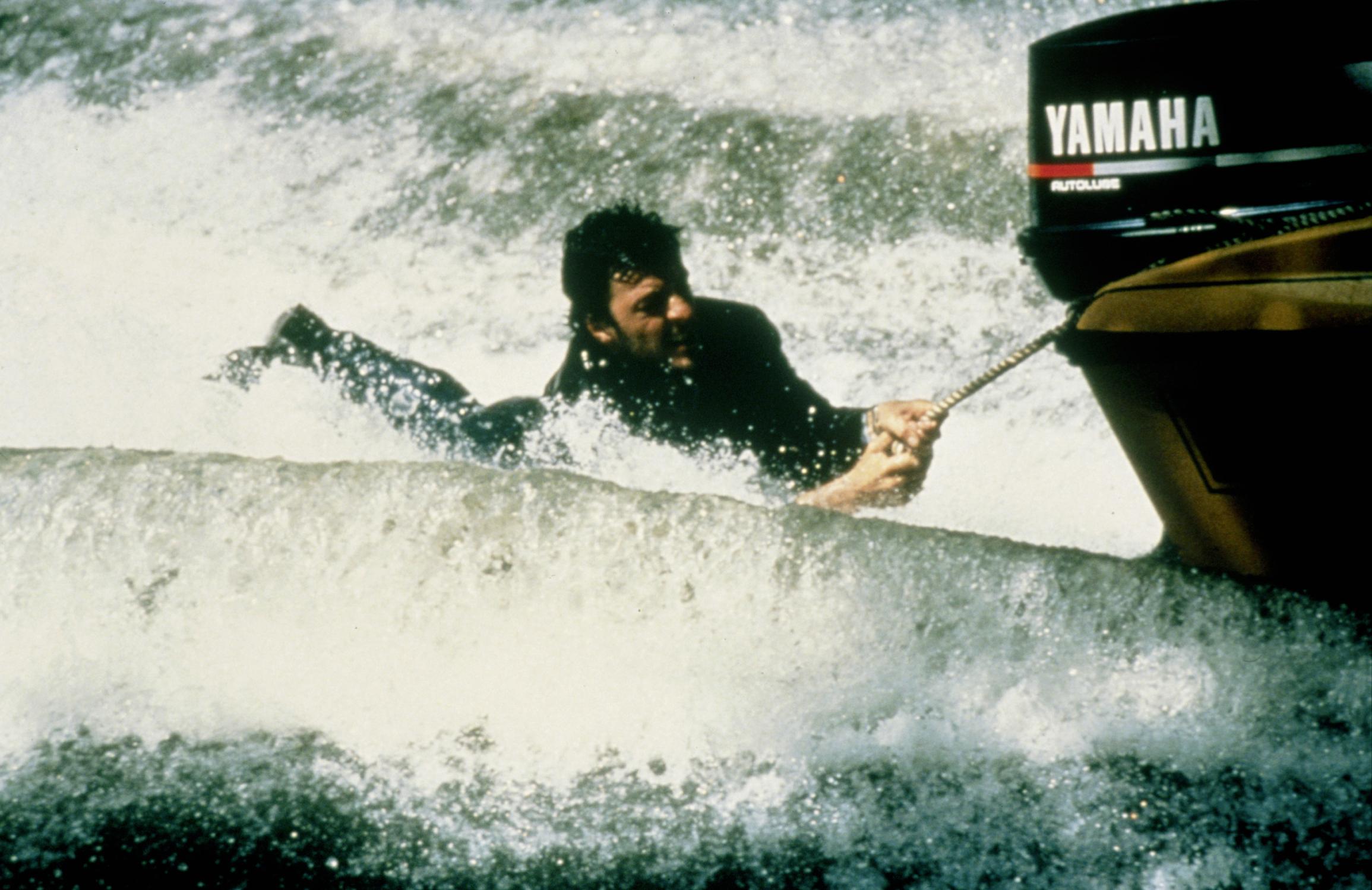 The movie is about detective Visser (Huub Stapel), who is called to a gruesome crime scene: someone must have killed a hooker, dragged it into one of Amsterdam’s myriad canals and sliced the woman up. More bodies show up, the mayor is furious. Is a scuba-diving slasher haunting the picturesque city? Visser’s main lead are members of a traditional scuba diving club, where he falls in love with one a diving student. As he circles in on the killer, that monster gets more daring and ramps up the body count…..

Amsterdamned is one of very few Dutch cult movies that over the years have garnered a sizeable following, even among those unfamiliar with director Dick Maas‘ other work, such as The Lift, which is also getting the BluRay treatment from Blue Underground. Dick Maas and Paul Verhoeven (Starship Troopers) are among the few major Dutch directors. I wanna say Maas can’t reach Verhoeven’s prowess though. Verhoeven is clearly the much more accomplished filmmaker, while Maas is probably more of a crowd-pleaser, and his filmography can’t match Verhoeven’s oevre. 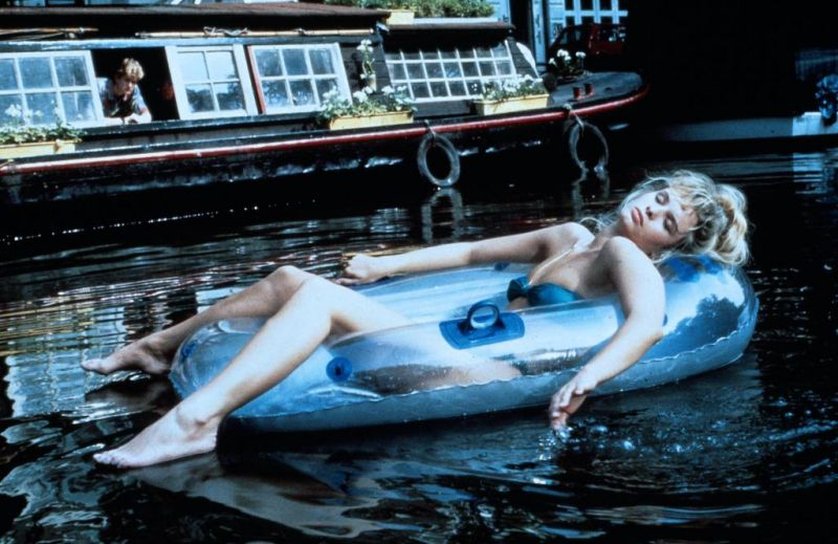 The high thrills crime flick that is Amsterdamned is notorious for a few reasons. First of all, it’s just a downright great flick. Secondly, it’s a marvellous genre-mix: it’s through and through a Giallo, but it’s as if a Giallo had been crossed with a Jaws movie. It’s all Dutch action thrills, but it might’ve been just as well be made in Venice and be called “L’uomo con cosce di rana” (the man with frog legs) or something. The film’s budget hardly shows, it’s a movie that pulls out all stops, but it takes its time in between to deliver some romance, some minor detective work, a touch of psychology and even some comedic bits. 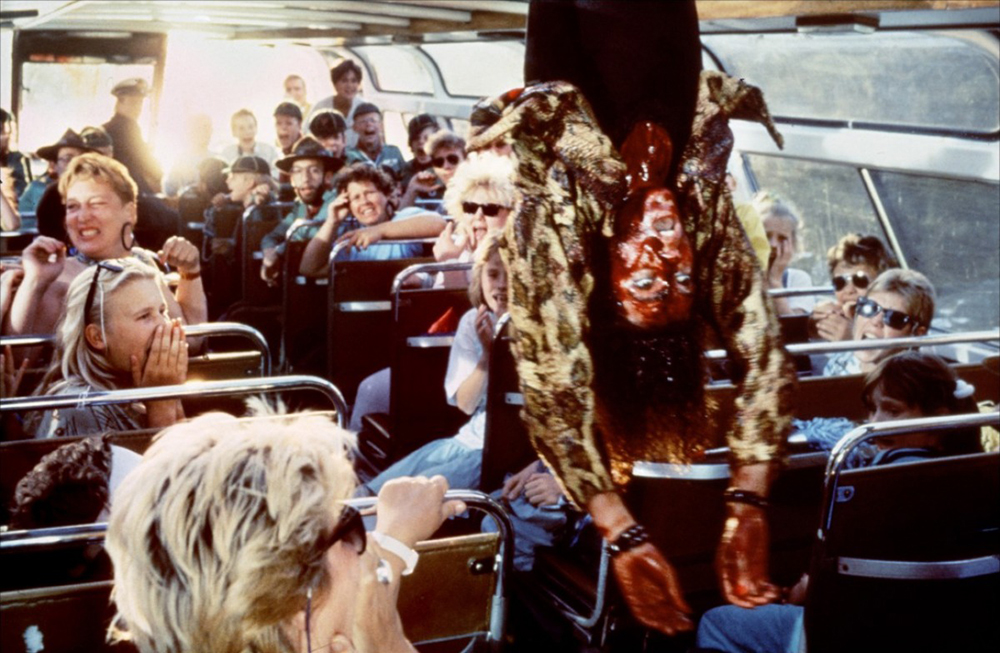 Overall however, it’s a true slasher, from the atmospheric and legendary opening sequence, to the absurd downing of a boat, underpinned by Maas’ own thundering score, Amsterdamned entertains, and it does it well. He stopped short of all out gore, even though some of the kills’ effects are at least hinted at. Mostly we see them after the fact, bloated corpses of limbs fished out of the canals. There’s terror in town and only one detective to put an end to it. Another plus: we don’t see the killer until the very end, also very Giallo. 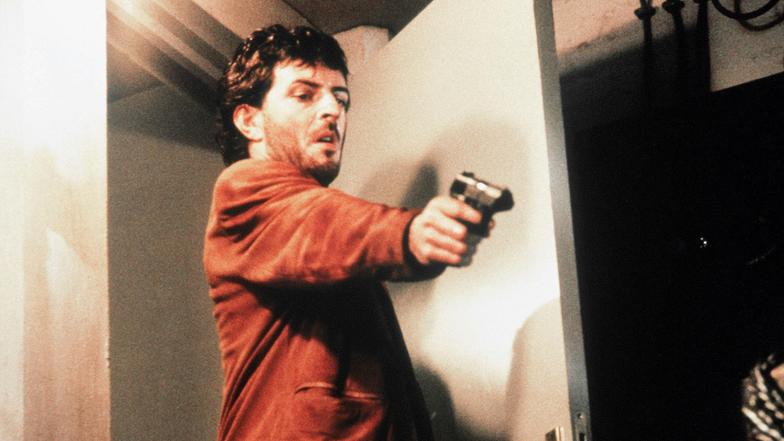 Blue Underground releasing this classic in a new set. You get the spruced up 5.1 track of the original Dutch version (reviewed), the same in its original 2.0 form, plus the (fairly decent) English dub, all in DTS-HD. there’s also a French Dolby Digital stereo track included. If you can, watch it in the original language though. There are English subs for the original track, a set of subs for the hearing impaired, plus a Spanish subtitle option!

There’s a nine Minute interview with Huub Stapel that’s fairly recent, where he talks about the movie, his character and some of the aspects involved in the making of it. The interview is shot on location on a boat in the canals. The 36-Minute Making-of is an original documentary by Hans Heijnen (subtitled) that gives a great insight into the making of the movie, one of those that truly deserves the term “making of”. Almost forty minutes of insights into making of the sets, shooting the action sequences, playing complicated scenes, talking to actors, crew, director, and so forth. A great extra. Then there’s an 18-minute interview with stunt coordinator Dickey Beer. Stunt work is pretty central to the movie, so this is an interesting insight. Beer is an industry veteran who’s been involved in such movies as Return of the Jedi and A Bridge Too Far before getting involved in Amsterdamned. Worth checking out. 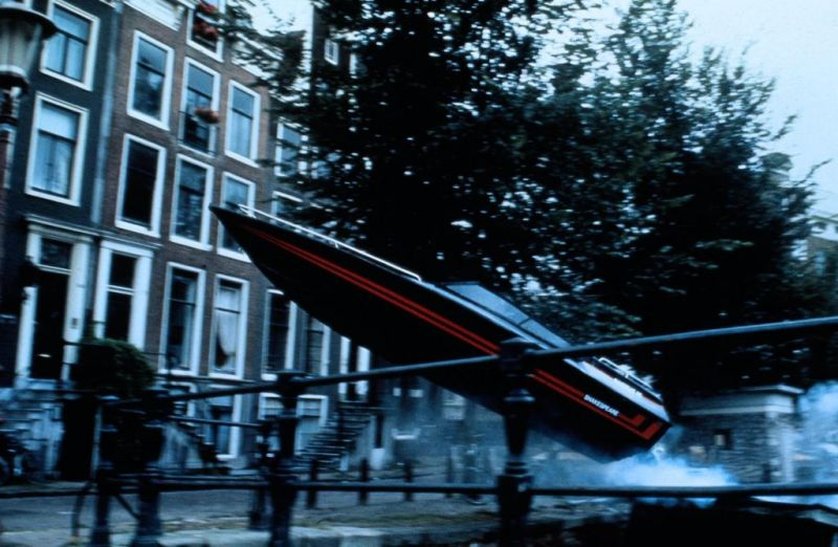 Core extra is the audio commentary with Dick Maas and Editor Hands van Dongen. David Gregory from Severin is moderating it. Now, these are the right folks for the commentary. It’s chock full of details, both from a filmmaking craftsmanship perspective and from a meta or genre perspective. They still remember all the ins and outs and David does an excellent job extracting some more tidbits from them. It’s a fairly relaxed commentary, not ultra-entertaining, but definitely worthwhile. Then there’s the trailers (US and Dutch, two very different trailer but both great in their own way – the Dutch trailer looks remastered), image galleries and a music video. In the case, which also includes the movie on a DVD version (NTSC), you’ll find a booklet with liner notes by Michael Gingold, a very informative text that should be the entry point before embarking on those other extras.

In short, Blue Underground has done a remarkable job presenting this cult classic, and the involvement of the director shows. The quality is excellent, and so are the extras. Definitely worth it. 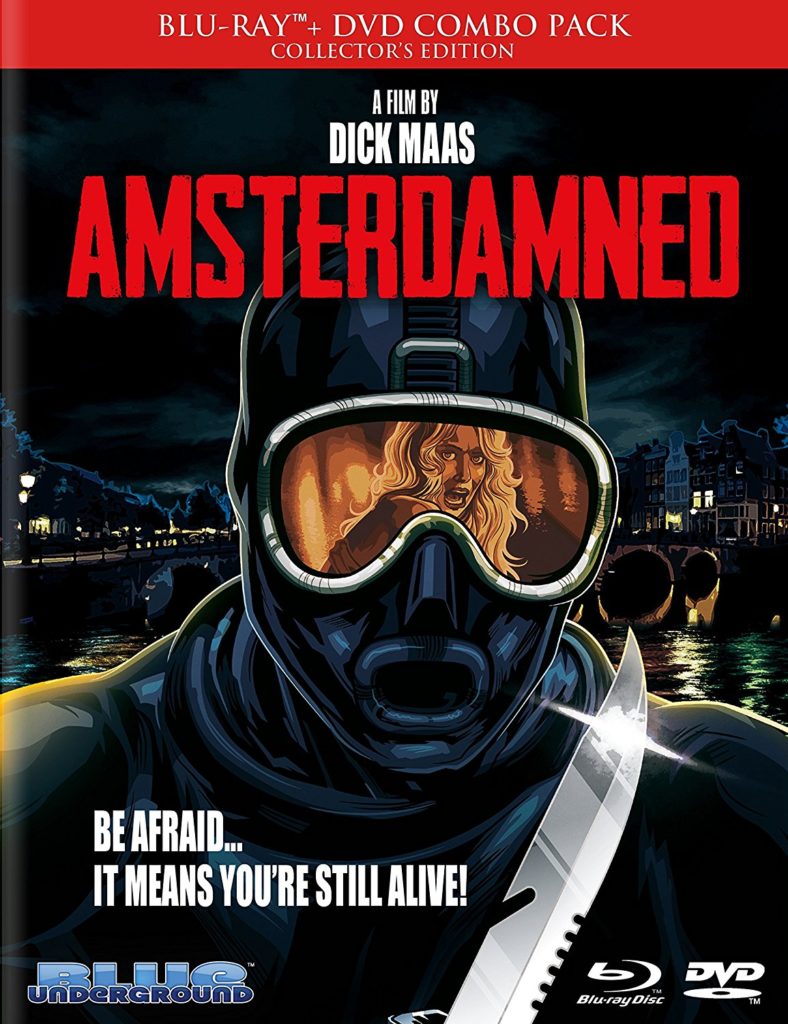