“I didn’t mean to call you meatloaf Jack”

Synopsis: Best friends David (David Naughton) and Jack (Griffin Dunne) are hitchhiking across Europe when they’re attacked by a werewolf one night. Jack is killed but David barely gets away with only a scrape. His only problem is that during full moons he finds himself transforming into one of the extremely hairy, blood craving creatures. Director John Landis (Animal House, The Blues Brothers) who was primarily known for his outrageous comedies crafted a horror film that blended his own wicked sense of humor with some truly terrifying sights and sounds. It was Universal Studios Horror cranked up to 11 for the modern generation. The film also showcases the genius of special effects artist Rick Baker who made an onscreen werewolf transformation one of the greatest sequences in cinema history. An American Werewolf in London co-stars Jenny Agutter, John Woodvine, Brian Glover, Lila Kaye, David Schofield, Paul Kember and Frank Oz. 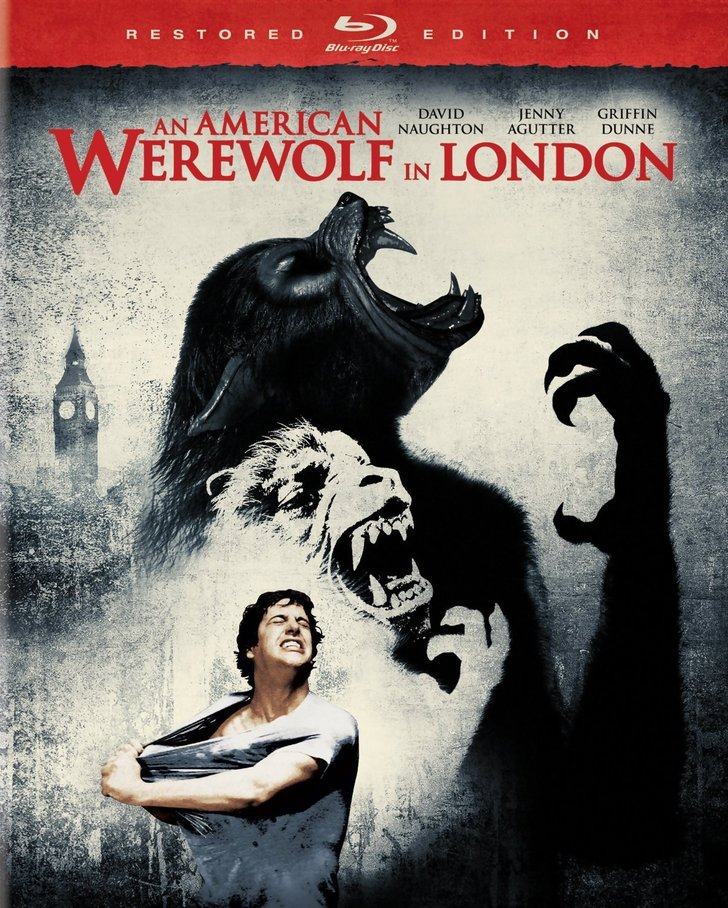