Okay, I’ll admit it: The Birds never scared me—not even as a child. Still, on the 55th anniversary of the picture’s release, Alfred Hitchcock’s audacious film continues to hold its place as more than a curious experiment. Deemed “culturally, historically and aesthetically significant,” The Birds was added to The National Film Registry: and there’s a reason why. The pictures apocalyptic premise is not what audiences come away remembering; the films gut-punch is human response and interaction—the birds are just the trigger. 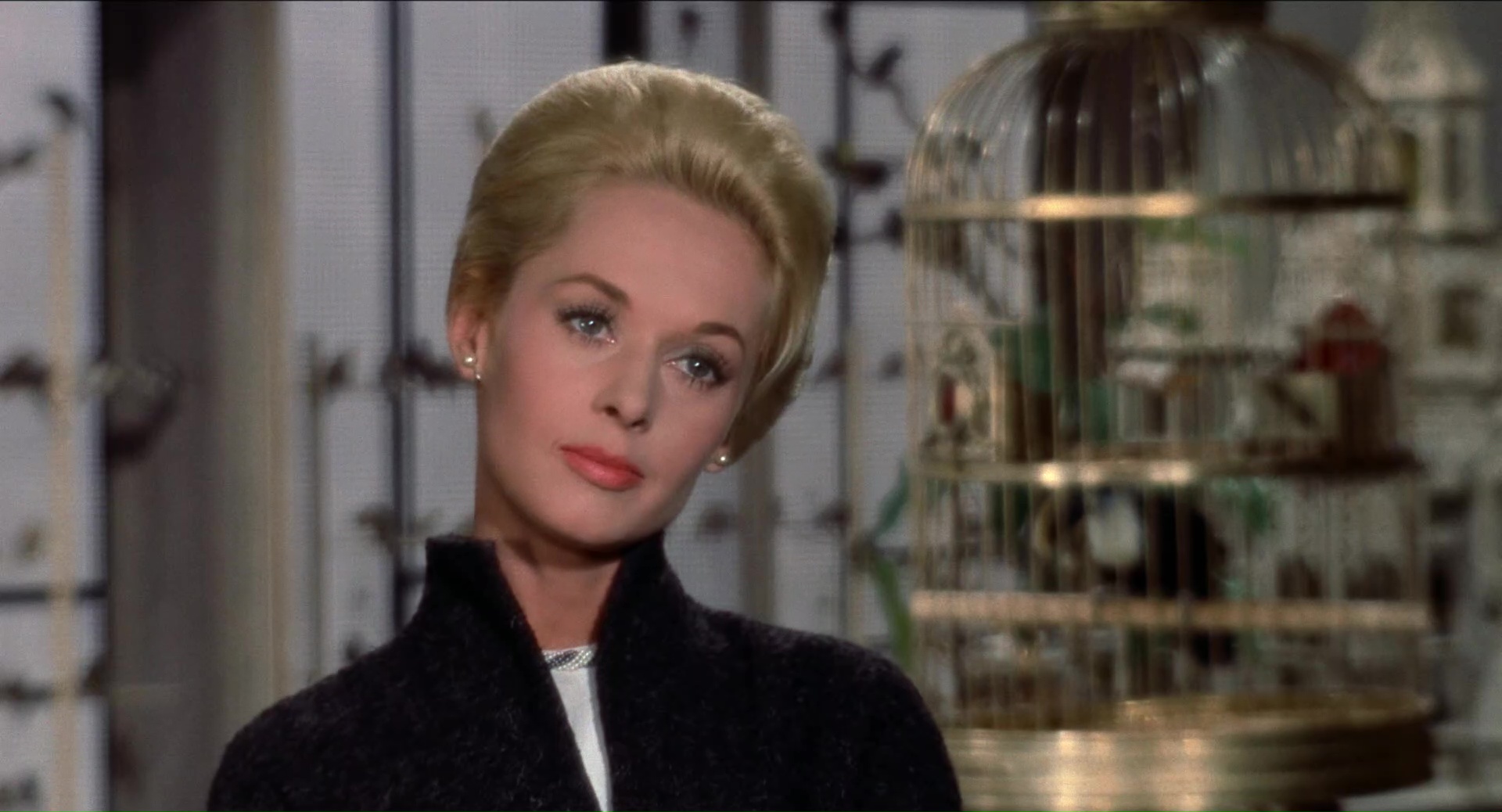 In a small seaside California town called Bodega Bay, odd bird attacks (on humans) begin to take place. Melanie Daniels (Tippi Hedrin), a well-meaning San Franciscan who has traveled to the town on a whim, is the first to be attacked. Her strapping would-be-companion Mitch (Rod Taylor) witnesses the attack, comes to her aid, and alerts the local town-folk. Other bird attacks ensue: at a restaurant, in a school yard, on a remote farm, and in a well-appointed village home. There is a crisis at hand.

But why are the birds attacking humans? A (conveniently placed) ornithologist named Mrs. Bundy (Ethel Griffies) informs us that there are more than 100 billion birds in the world and that she has never known birds of different species to flock together; as has been reported. “Why if that were the case, the human race wouldn’t stand a chance.” 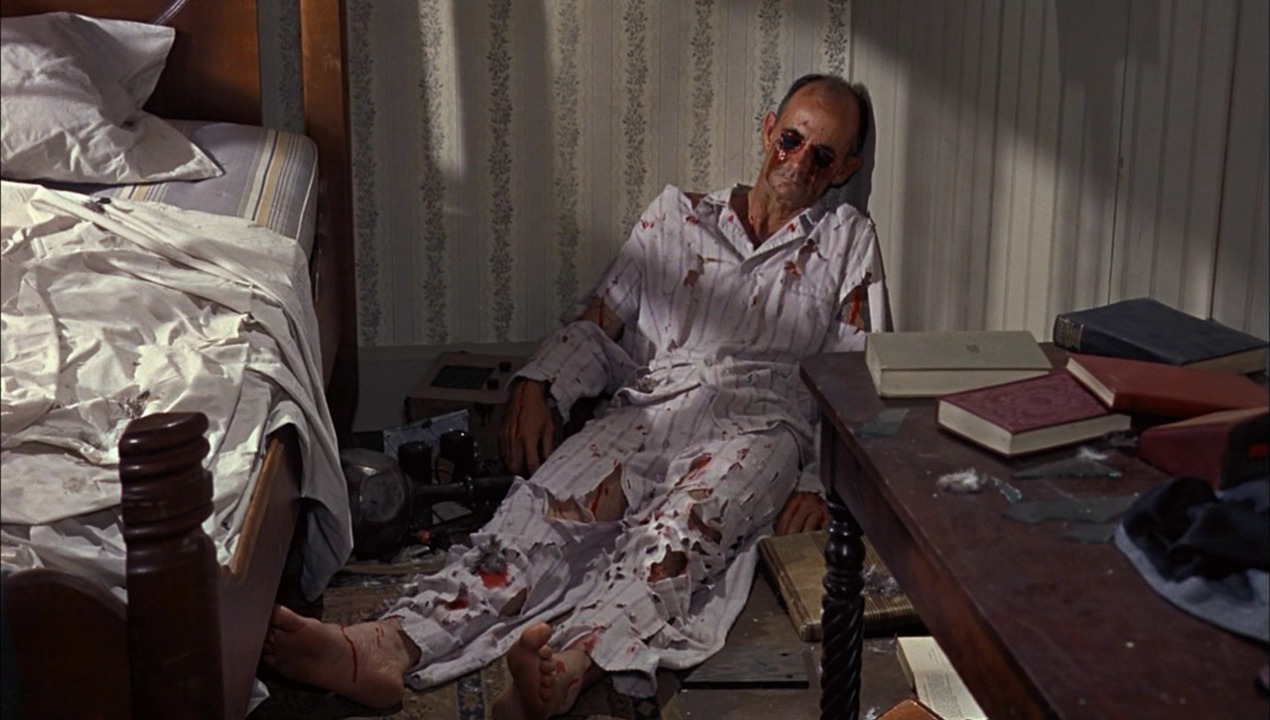 But maybe they do. As the attacks escalate and become more deadly, personal relationships are cemented. Melanie and Mitch fall in love; Mitch’s former fiancé Annie (Suzanne Pleshette) is still in love with Mitch but moves to accepting the truth: Melanie is her replacement; and Mitch’s mother Lydia (Jessica Tandy), a sensitive woman on the verge of a nervous breakdown, bonds with Melanie and understands that her son is deserving of love—from someone other than his mother.

Evan Hunter’s screenplay (from a story by Daphne Du Maurier) and Robert Burks’ cinematography are top notch; a scene in which Lydia confesses that the death of her husband has left her joyless, is genuinely moving. So is Hitchcock’s step-by-step silent documentation of Melanie’s boat rental, lake crossing, and home invasion. 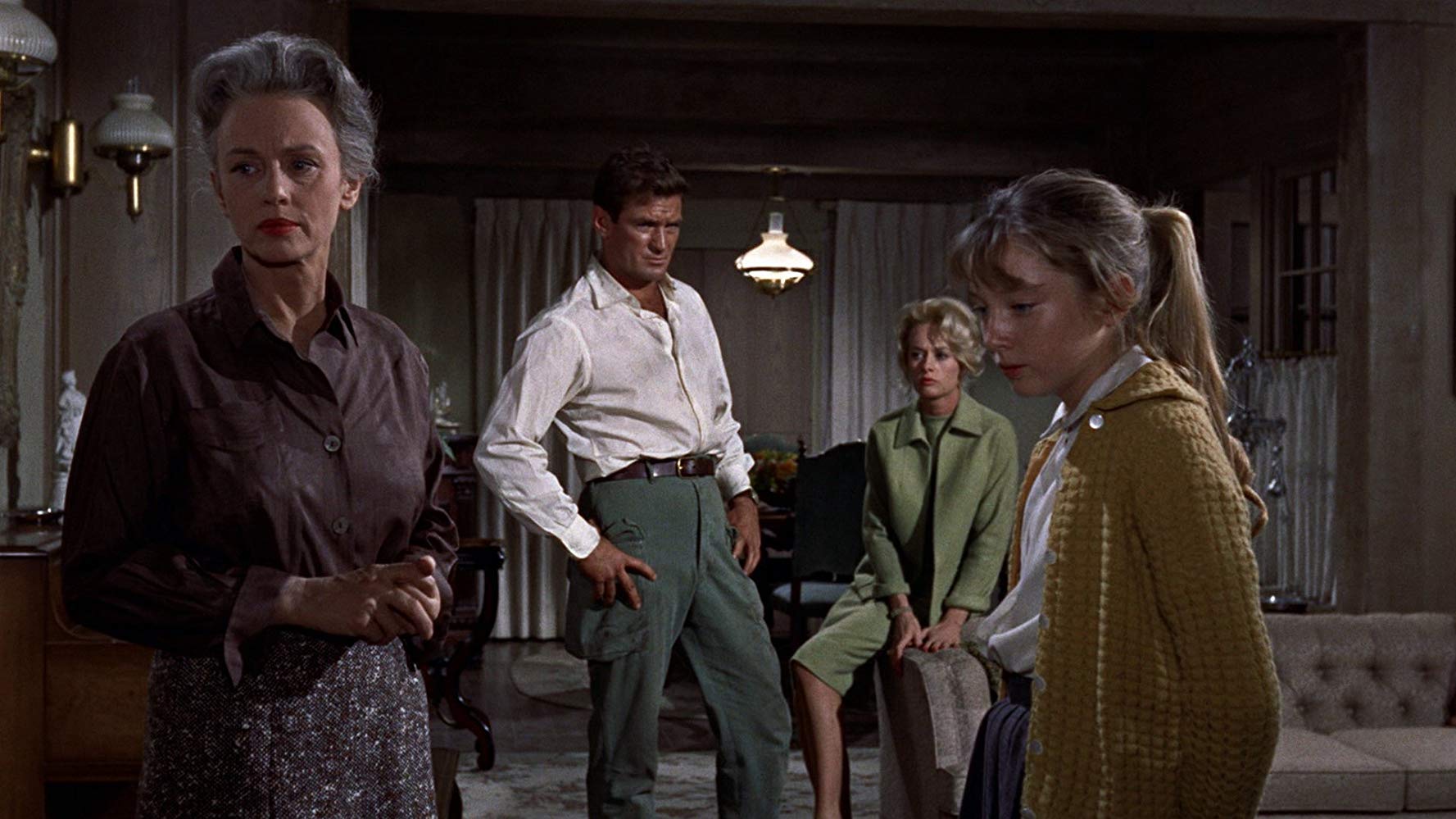 Modern audiences might be distracted by the rudimentary special effects (yes, those are obviously stuffed prop birds; yes, that’s clearly an over-lit, artificial-looking sand dune), but the picture’s intimate moments are lasting: crows gathering on a telephone line above a nursery rhyme-singing elementary school; a telephone booth that becomes an unexpected prison cell; an unhinged character speaking directly to the camera and admonishing the viewing audience (profoundly unorthodox for the time).

Alternately categorized as horror, thriller, melodrama and classic film, The Birds still flies high. “Look at the birds in the air,” exclaims one drunken character. “They do not sow or reap; yet your heavenly father feeds them!” Indeed.

Buy The Birds on BluRay 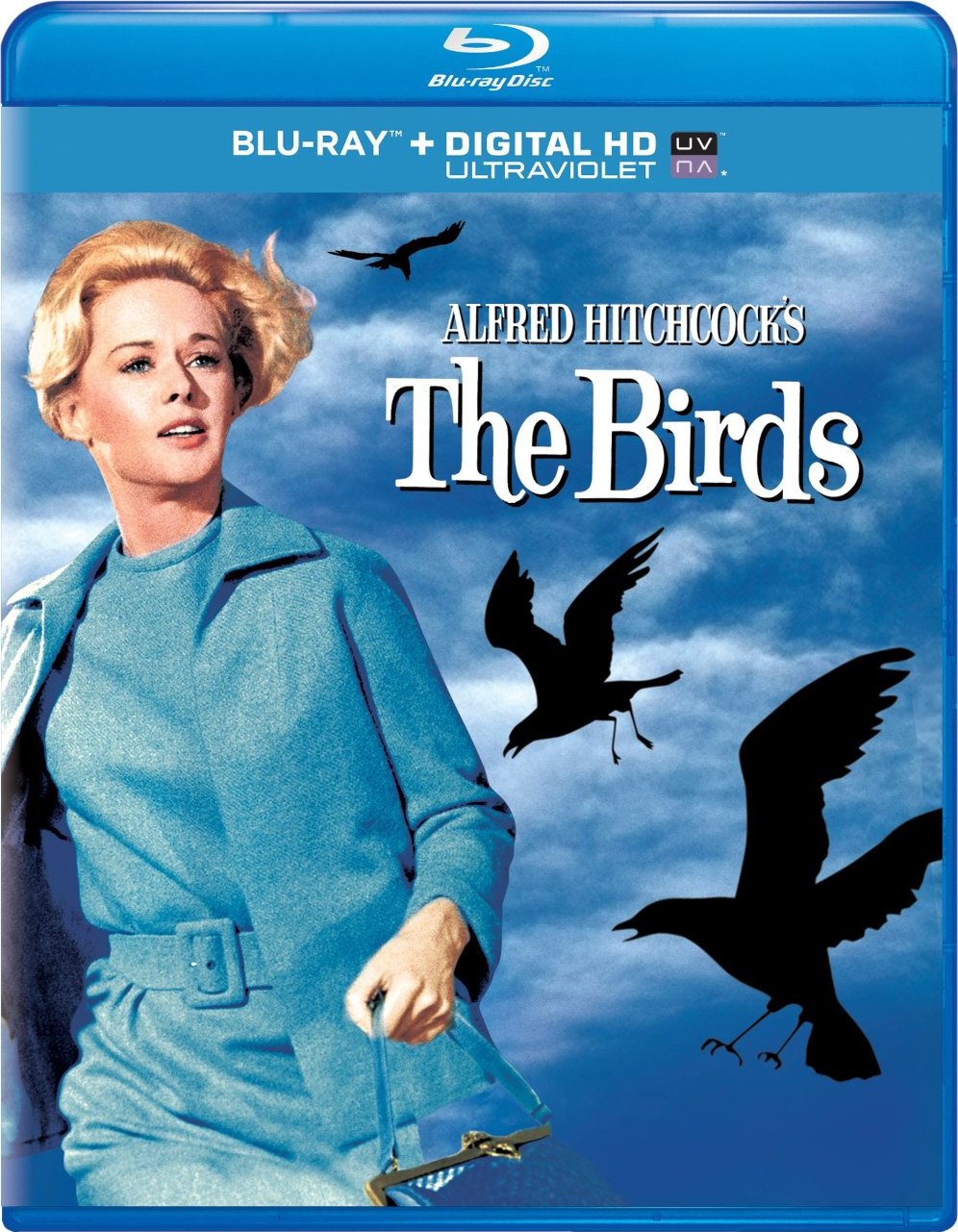