S. Craig Zahler‘s western BONE TOMAHAWK earned lots of great reviews over the last few days. That makes it even more unfortunate that the film is only getting a very limited theatrical and video on demand  release (it’s not released in Germany at all so I had to watch it on a crappy Google Play pseudo-HD rental). Time to enjoy the powers of Kurt Russell’s giant mustache and the premise of this… pause for dramatic effect… cannibal western.

You cannot really write about the plot of Bone Tomahawk without reducing some of the beautiful shock moments the movie has to offer. The spoiler-free summary is: A Sheriff takes of with an illustrous posse to track down kidnapped friends and save them from a reclusive Native tribe. Not all of them return. The more detailed summary follows below… One night a stranger (David Arquette) arrives in “Bright Hope”, a small town in the wild west, seeking refuge in the local bar. Deputy Chicory (Richard Jenkins) saw him possibly burying something out in the fields, so Sheriff Hunt (Kurt Russell) makes on over to the bar with him at this late hour to talk to the drifter. The fella reacts a bit jumpy when pressed, and promptly gets one of Hunt’s bullets into his foot. The Sheriff comitts the stranger to a cell over night, guarded by another deputy and to be treated by doctor Samantha O’Dwyer (Lili Simmons), whose husband Arthur (Patrick Wilson) lies in bed at home with a broken shin bone. The next day, they have all disappeared, and they find a dead farm hand nearby, horses stolen. An ambush and kidnapping? Arthur is restless and worried over his missing wife. Sheriff Hunt, his Deputy, the war veteran Brooder (Matthew Fox) and Arthur himself (despite his injury) mount their horses in the early morning to save the taken friends. An arrow found in the Sheriff’s office is identified by the local Native (Zahn McClarnon) as belonging to a weird tribe he describes as troglodytes, cave dwellers. He refuses to come along out of fear of his life. The group takes off on this dangerous mission, which will turn out to be more perilous than they bargained with…. The directorial debut of musician and author S. Craig Zahler carries a punch! It starts of crazy enough early on, with a welcome cameo by the legendary Sid Haig! It continues with a not entirely convincing Kurt Russell (we’ll see more of him later this year in Tarantino’s The Hateful Eight) putting together an interesting posse to take off into the wilderness. Among them a cripple, played by Patrick Wilson (a good performance here after the last movie of his I saw, Space Station 76, was quite a pain to watch), and an older chatterbox, well played by Richard Jenkins. Matthew Fox is also well cast as slightly traumatized gunslinger. Lili Simmons has more than just a supporting part and portrays that well. The real stars of Bone Tomahawk are Jenkins and Wilson. The entire ensemble that came together after Russell’s participation in the production is a great combination of characters, which pays off because the audience will spend a lot of time with these people. You gotta hand it to Bone Tomahawk for paying lots of attention to detail and for focusing a lot on the characters and their backgrounds, motivations, peculiarities and needs. Take Arthur changing his bandage, or Chicory who can’t read well while in the bathtub. These moments give the movie an incredible degree of intimacy, which makes the protagonists’ confrontation with the wilderness all the more intense. Speaking of wilderness. The movie at times jumps unpredictably from western into some sort of cannibal movie, a comparison with From Dusk Till Dawn might be far fetched, but there are not so many genre-benders out there. These breaks are subtle, intense and sparse. This is because the movie is told from a character perspective, there is no all-knowing/all-seeing audience, which is fine and it makes the film incredibly eerie and atmospherically threatening. 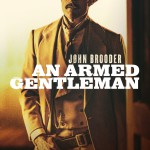 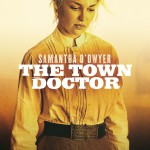 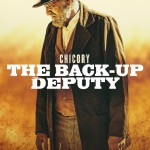 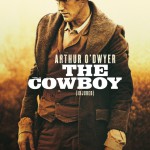 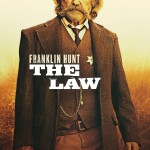 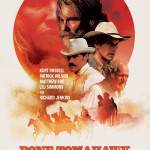 In sheer quantitative terms, there isn’t all that much gore in the film, but there is at least one indescribably gruesom and brutal splatter moment that will really ask a lot of you to stomach. The rest are skirmishes between the characters and the cannibals of the troglodyte tribe. Maybe the film is some sort of The Hills Have Eyes, in a very indie/arthouse kind of way. Zahler directs Bone Tomahawk in a quiet, subtle and relaxed way, this has led some critics to call it boring or flat. I do not share that criticism at all. I thought the movie was suspenseful, gripping, pretty and entertaining. There are a few lengths in there yes, and some question marks, but for the most part I have got to say: holy shit, you don’t see this every day!

To conclude, I was very positively surprised. It is a minimalist, very atmospheric independent film which skillfully lets lose two or three genres upon the viewer. The film is well acted, very realistic or credible, and some parts extremely violent. Only few movies manage to capture and audience with such attention to detail. Bone Tomahawk is highly recommended to western and genre film fans. You can watch the movie in a few select theaters in the US, and on below streaming sites (plus iTunes):

This review was first published in German on our sister site Nischenkino.de

On DVD and BluRay now: